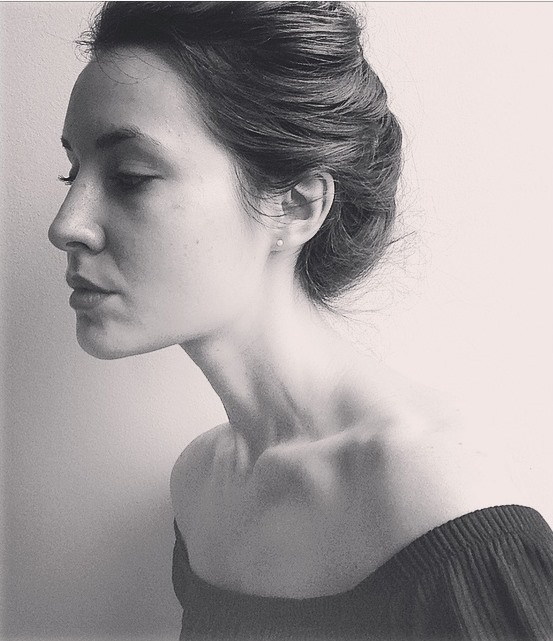 Born in 1994, in Cluj-Napoca, Romania, she frequented the High School of Visual Arts "Romulus Ladea" with the specialization in graphics, after which she continued her studies at the University of Art and Design, Cluj-Napoca, at the same specialization, where she also finisfed her studyes for the Master's Degree. In 2015 she studied with Erasmus scholarship a semester in Spain at "Univesidad De Castilla la Mancha"- Cuenca and in 2016, with the same scholarship, at Accademia di Belle Arti di Brera - Milano. Currently she is in a residency in the studio of the artist Laurentiu Craioveanu, in Lodi, Italy, in the PhD studies that she follow at the University of Art and Design Cluj-Napoca.
She is particulary dedicated to the universal themes that approach the unseen values, the traces left temporarily in memory, the consciousness, the accumulation and finally the Absolute, having the need for contemplation on them, and the works being the result of these concerns. As a multidisciplinary artist, the techniques range from traditional to new environments, approaching drawing, unconventional environments, installation, but also video and photography.

In her route are summed up various personal and group international exhibitions including London, Milan South Korea, Barcelona and Greece, also various awards and distinctions.