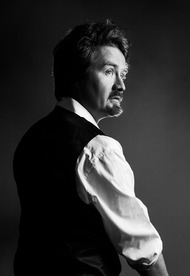 Dave is an award winning director & producer of 150+ independent short films. He works as festival manager of KinoBerlino. As Film Association President he coordinates 5 more festivals in Berlin. He graduated with an honors MA degree in English / American and Cultural Studies from Humboldt-University Berlin. Dave’s shorts have been selected for over 380 international film festivals in 50 countries, won over 66 awards and are broadcast daily. They entertain over 2 million viewers.