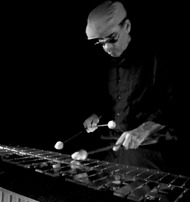 Zongrone grew up in Utica, New York, where he met Dennis Rea. Together with Craig Wuest and other musicians they formed Earthstar. They were signed by Nashville-based Moontower records which released their debut album, Salterbarty Tales the following year. Earthstar was then encouraged by electronic music artist, composer, and producer Klaus Schulze to relocate to Germany where they were signed by Sky Records. Zongrone made the move in time to join the recording sessions for the band's third album, Atomkraft? Nein, Danke! (1981), playing piano and vibraphone.

After a 10 year hiatus from professional music during which Zongrone started a family he composed the soundtrack to the independent film "The Glasshead".