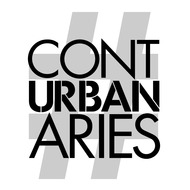 Over a period of four days during the Berlin Art Week, opening on September 18th 2014, our eclectic program showcases a generation of artists often overlooked in other German mainstream art fairs, yet who are widely acclaimed by international institutions and collectors throughout the world.

CONTURBANARIES is more than an art fair. In addition to a 1500 sqm exhibition space dedicated to 16 galleries and international art projects, CONTURBANARIES is also a festival that includes a film program with international film productions, numerous live painting performances, a very large lounge area on the terrace and in the foyer of STATTBAD, a wild-out Berlin style opening party and a meeting point for networking and exchange.

Our aim is to advance global networking and dialogue between international galleries, artists, curators and collectors here in the heart of Berlin – a city which plays key part in the rise to prominence of many of the art forms we represent.