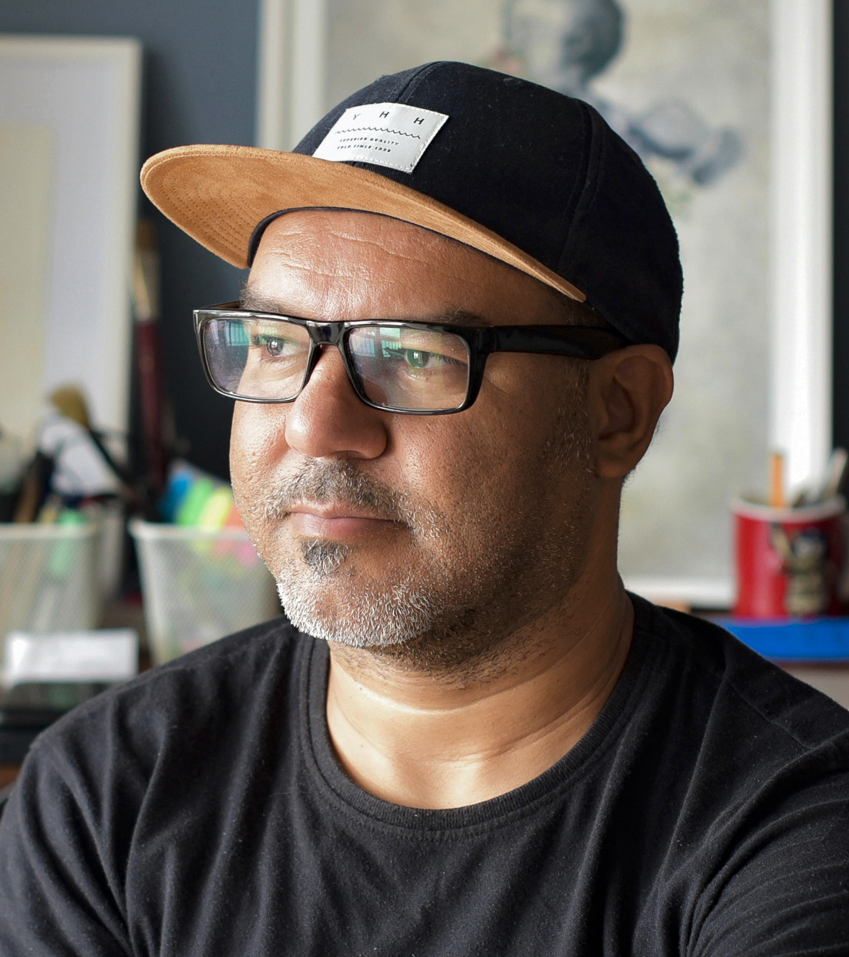 Cássio Markowski / CM11 (b. 1972) is a Brazilian visual artist whose inventive practice employs techniques and media such as drawing, installation, printing and painting. With narratives, autobiographical and fictional, where his own ethnic and cultural characteristic has emerged as an issue, compose conceptual images that address aspects related to memory, identity, childhood and nature. With a degree in Visual Arts from the Arts Centre of the University of Santa Catarina State (Brazil), he has also completed the master’s degrees in Research and Creation, and Performing Arts and Sciences at the University of the Basque Country (Spain). After having also lived and worked in Poland, he is currently based in Almada, Portugal.

The appropriation of images is the starting point for a discourse whose intention is to create a flow between that which is personal to me and that which is global, between the present and the past. Influenced from early on by literature, I usually work with images that are taken from books on botany, natural history, assorted handbooks, comic books, the internet, advertisements, newspapers, magazines, and family photos. By combining them, these images with words and geometric shapes begin to exist in a territory where an emotional and personal memory emerges as a common thread.