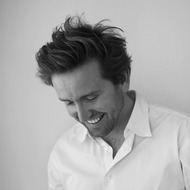 Carlos Collado (1977, Barcelona) obtained his B.Sc. in Biology at Lunds Universitet, Sweden, in 2001. Upon returning to Spain, he collaborated with artists, scientists and cultural institutions for the diffusion of scientific topics using an interdisciplinary perspective. From 2006 on, he has devoted his professional work to photography. His work focuses on the consumption of culture in contemporary societies.

In 2009 he was awarded a grant from the Centro de Fotografía Documental de Barcelona to participate in a Magnum Agency's Workshop (TRAFIC'09 Festival). Collado also obtained the El Pati de la Llotja award and he was invited to participate in the EMERGENT'11 Photography and Visual Arts International Festival (Lleida, Spain). As a result, his works Magic rooms and Objects were exhibited at the Festival REGARDS Rencontres de Photographie 2012 in France. Magic Rooms series has also been exhibited during the LOOP fair 2012 in Barcelona.
The project Contemplatio crystallized as a photographic installation in the Museu de Ceràmica of Barcelona in 2013. And the year after he received from the Catalan Goverment a Research and Creation Grant in the field of Arts and Thought, for the project Tangibles.
In parallel Collado collaborates with the dance company Cía. Sonia Rodríguez. He has created images for several pieces that have been touring in different dance festivals in the Canary Islands, Barcelona, Leeds, Beijing and in Kempten.