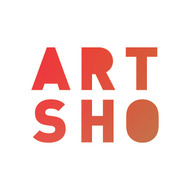 ARTSHO is a traveling annual art event, created by a global network of artists who collaborate around a theme and auction their artworks to raise money for charitable causes. ARTSHO1 was held in a purpose-built gallery space in New York in November 2009. ARTSHO2 was held at The Forge performance space in London in February 2011. ARTSHO3 was held at the Ballhaus Ost arts space in Berlin in April 2012. ARTSHO4 was held at Brody Studios in Budapest in June 2013. ARTSHO5 will be held at the Space Debris gallery in Istanbul, Turkey in November 2014.

Details, photographs and video footage of these events can be viewed on our website.