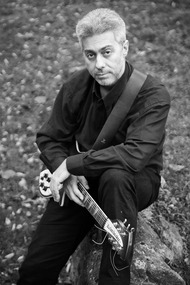 Aris finished his studies in 1998, at Piraeus Conservatory in Greece.
In 2009 he completed his MA studies in ‘Composing for Film and TV’ at Kingston University in London. In 2005 he released a CD with the "Animacorda" guitar duo and under the same title.
He gave many Master classes, lectures and solo performances in Greece UK and Spain.
He composed music for Theatre, Dance Theatre, Short Films and Slideshows.
He currently lives, teaches and composes in London.
He is also the Inventor and Workshop Leader of the Workshops “Perform the Story” and “Making Soundscapes”. He delivers his workshops in Universities and other music institutions all across Europe with great success.