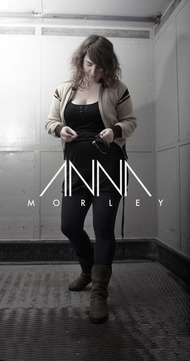 Anna Morley is an Australian multi-instrumentalist and composer based in Berlin. Her music has been described as "an eclectic fusion of electro-acoustic vibes with ambient overtones, woven together by fresh minimal grooves". On stage Anna blends a unique gamut of instrumentation including the vibraphone, vocals, keys and electronic beats and samples within her compositions.

After completing her musical studies in Australia, Anna made the move to Europe, where she spent seven years in Barcelona, Spain. Inspired by the city of warmth and chill, Anna wrote and released both her debut EP "Character" (2009, Gazebo Music) and album "Red Balance" (2011). Since relocating to Berlin, Anna has recorded and released "Water Door" (2013) and most recently "Treasure Pleasure" (2016, Cult Classic Records).

"Think of ambient trip hop music with an international twist mixed into one; that is the music brought to us by multi-instrumentalist Anna Morley." — Eva Cantillo, The Equal Ground