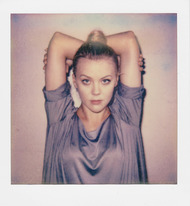 Moved to Berlin after finishing Theatre School in Stockholm 2008. Continued working as an actress as well as working with illustrating and drawing for magazines and was featured with the drawing "Borttappad Hund" (Lost Dog) at Liljevalchs Arthall's spring exhibition in Stockholm 2010. It was sold on the following auction.
The illustrations are results of experimenting, trying out new things and using tragicomic, trying to make the illustrations speak my language and have the same humor or mood. The motives are usually inspired by the people and things around me as well as books and films or pictures.