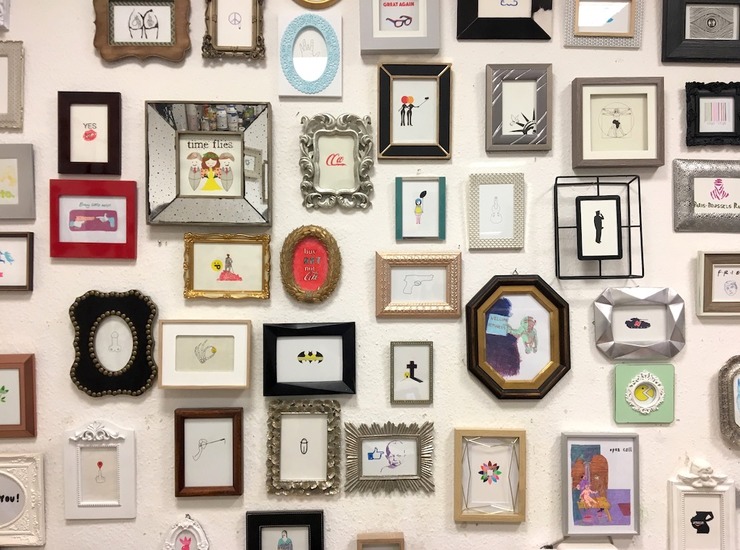 Tibor Horvath*, Berlin based Hungarian conceptual artist started the ad facebook page in 2015. It was originally created for a series of digital pictures where a new piece was posted almost daily. Two years later this creative process was expanded by adding unique frames to the original drawings. These frames were carefully chosen to support the picture's underlying message and there are no identical frames in the collection, as they are custom picked for each picture.
ad series uses easily recognisable visual signs and images of our age as its tools, it’s language is that of memes, that is it operates with multiple levels of meaning and it ruthlessly roots out taboo. The simple line drawing method lends itself to easy interpretation. The everyday presence of these images in our lives points towards mass production/consumption. Themes cover acute problems in the now as well as look at subjects in the light of current events, look at consequences and impacts in the near future. The series set out as and has always remained a channel to entertain.
ad series was exhibited so far in Amsterdam, Athens, Berlin, Budapest, Düsseldorf, London, Nuremberg, Rio de Janeiro, Valencia, Wroclaw.