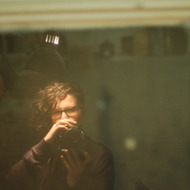 abbra's formative years were spent running around the forest of her home property in northern nsw, australia. as as result of this apparent isolation, her creative vocabulary found resonance in the various cities in which she has since lived. in melbourne, australia for six years where she has exhibited in various solo and group exhibitions as well as working as an artist apprentice, picture framer and gallery assistant. currently abbra resides in berlin, germany where she is creating artwork for xxxtravaganza media and writing for criterion magazine.