"Towards the depth of existence" Butoh workshop with Mitsuyo Uesugi 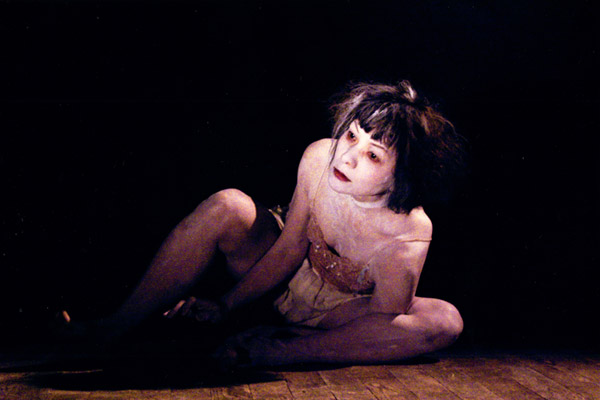 For the first time in Berlin - Mitsuyo Uesugi, one of the best female Butoh dancers in Japan. Critics call her the female incorporation of Kazuo Ohno* style, with whom she worked for over a decade.

In this workshop we search for the reality of our own existence and the way to reconnect with joy of life through movements, based on various kinds of dance basics. In order to clearly recognize the existence of oneself by seeking and meeting with new experience of body movements, participants will be lead to observe own arms and legs, skeletons and joints as just simple materials or objects, to examine again our actions in daily life such as to stand up, to sit, to walk and so on, to melt with the space through the senses of skin. Through those exercises, the workshop will lead participants to improvisation.

Bio
Mitsuyo Uesugi (b. 1950, Japan).
Since childhood Uesugi studied classical ballet, later she moved to Tokyo to dance in the Tani Momoko ballet company. In 1973 she met Kazuo Ohno and worked as his assistant till 1985. Her solo Butoh career started in 1975.
At the end of 80s Uesugi was a member of the contemporary dance company “Studio DM” in France and returned to Japan in 1990.
Over the last decade she created several secret Butoh ritual pieces “Madame Melancholia”/“Mademoiselle Melancholia”/“Baby Melancholia-Dream of six nights”, which were awarded by the Japanese Dance Critics Society in 2009.
In 2015 she presented her solo “A Story Of Lady” in Munster/Germany and Zagreb/Croatia in the frames of Kazuo Ohno Festival.
Currently Mitsuyo Uesugi works as a lecturer at Meiji Gakuin University/ Department of Art Studies and teaches her own method of Butoh improvisation. Regularly she gives workshops in the National Choreography Center in France.