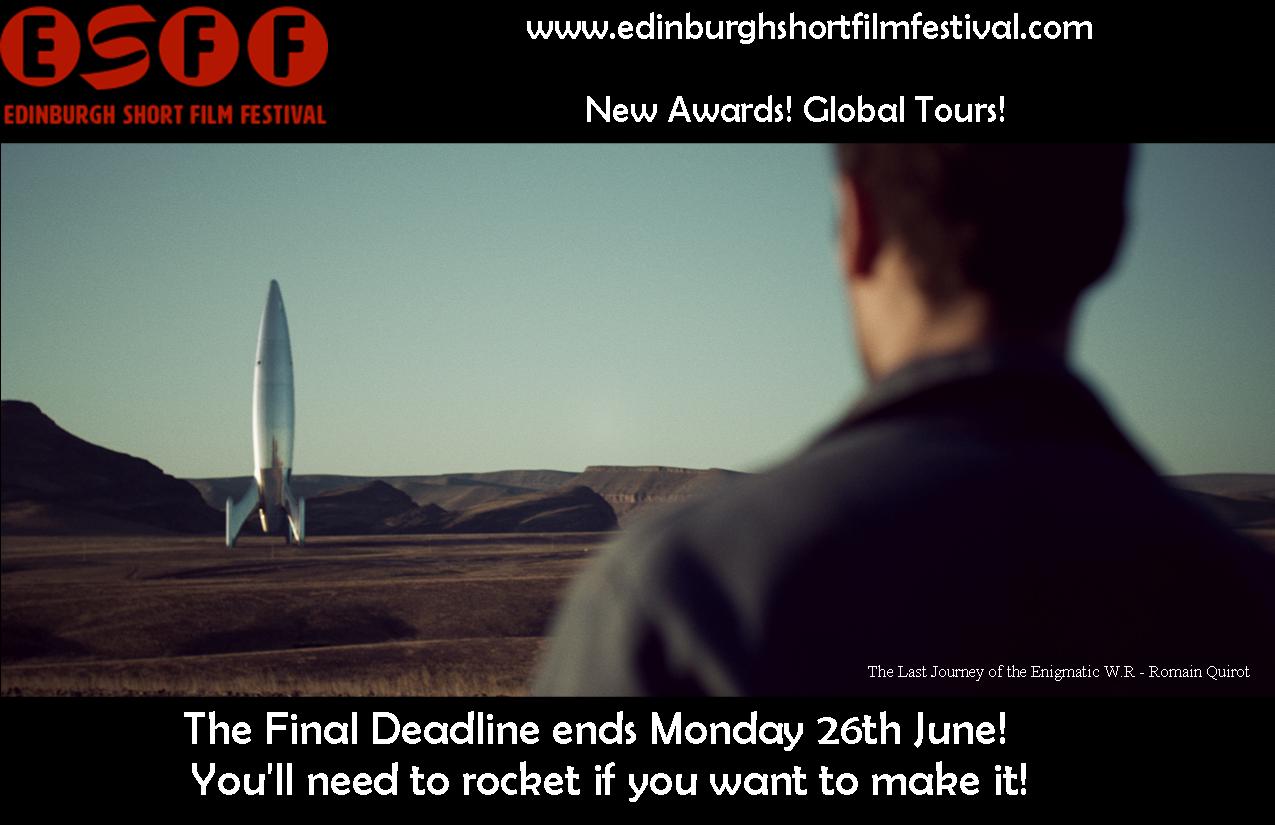 In association with Puppet Animation Scotland & The Matthew Martino Benevolent
Fund, the Edinburgh Short Film Festival is offering cash prizes and industry
mentoring to the film-maker who wins the Best Film AND the best Animation at
this year's ESFF!

But the Deadline is fast approaching for entries:
Monday June 26th 2017:

We're also curating for film festivals across the world including
Barcelona, DC Shorts in Washington, Fastnet Film Festival in Ireland and the
Sardinia Film Festival and the winning films would be included in the programme for

our international events and screenings.

The Festival welcomes submissions from Scottish, UK and International
filmmakers. All genres will be considered.