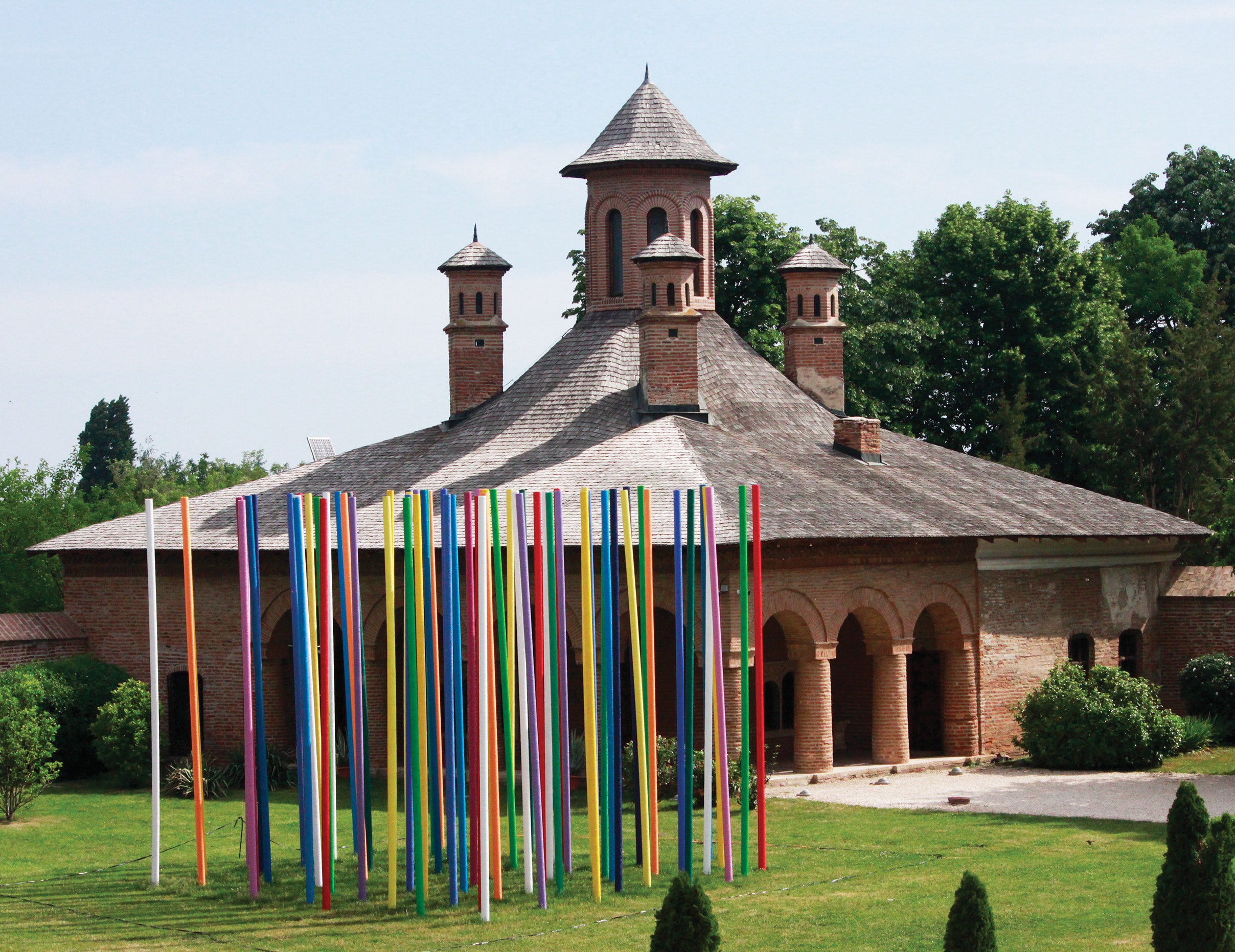 An art project with social implications
An art project for hope
An art project for nature and environment
An art project where ART fights against the pollution
in this millennium
An art project where ART needs your help to save
what can be saved for the next generations
An art project for our future
It all began in 2014 with installations, photos, videos,
exhibitions and tv shows, and Manifesto was ported
in different parts of Romania and Europe, as a protest
against this massive pollution of the environment.
I used “coloured elements” (cylinders, prisms) that
I mounted on a mountain peak, by the sea side, the
Black Sea, in the hills, in lakes, in the public places, in
museums, creating a SYMBOL of the manifesto.
The culmination was in 2017 in a forest in Romania,
when with the help of some artist friends, journalists,
people involved in the cultural phenomenon,
volunteers, I managed to colour about 600 trees in
various colours as a manifesto against the massive
deforestation in Romania.
The visual and media impact of the project was
very powerful, the artistic gesture gained a social trait
that was well received by the hundreds of thou sand
of tourists that still stop and enjoy the multitude of
colours, meditate and internalise the message.
The colours we see in the forest or on the elements I
used in the Manifesto project represent the chromatic
energies of the people involved in the project (artists,
sponsors, politicians, media, etc.), and the “symbolic
elements” are the Force and Unity of action. 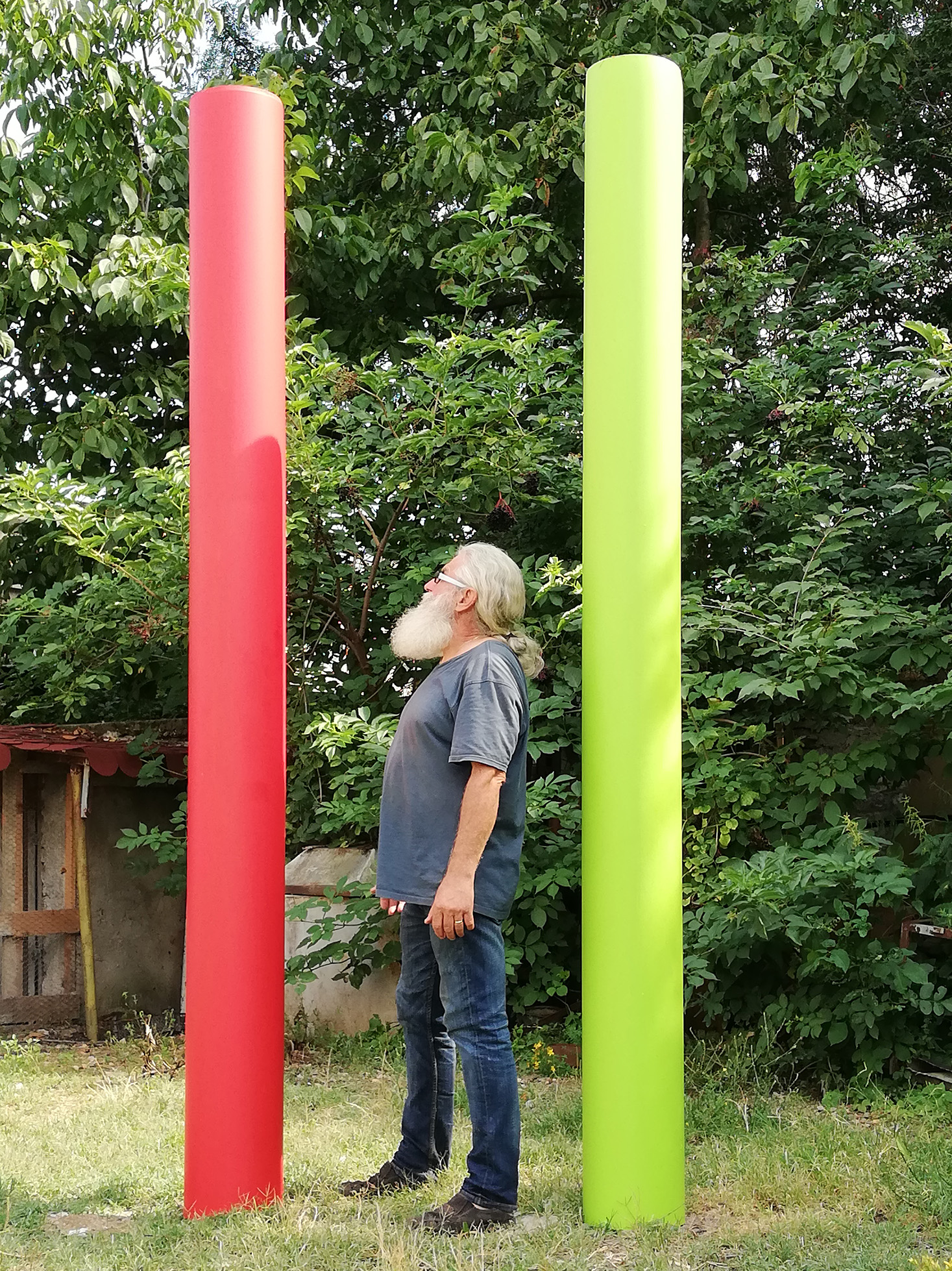