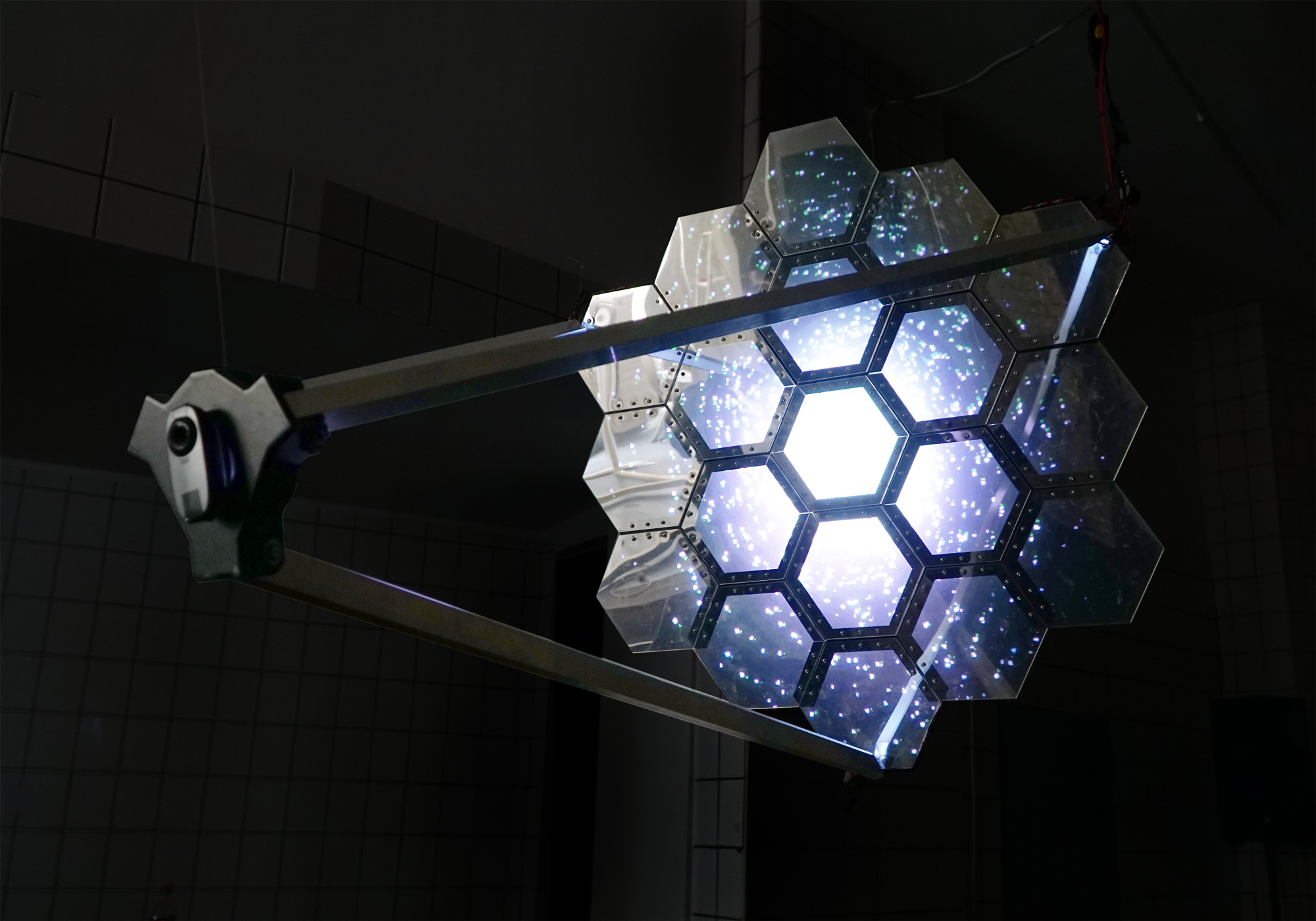 Tycho is an interactive object that mimics the shape and behavior of its inspiration, the soon to be launched James Webb Space Telescope. Swirling stellar imagery and hypnotic pulsing lights in combination with hexagonal geometries and mirroring materials draw the viewer in, initiating a human-machine interaction.

The piece interacts with its surroundings by surveying the space and capturing light with a sensor at the apex of its antenna-like structure. The light’s color is then transmitted via LEDs to Tycho’s mirrored hexagonal surface, where it modulates in real-time a projection sequence inspired by images of cosmic nebulae and supernovae.

The delay between the capture and display of color simulates limitations that govern actual space telescopes, whose images are produced by light that has traveled across light-years of time and space from its originating phenomena. Like the sixteenth-century astronomer for whom the piece is named, the viewer is, in a way, seeing a cosmic event for the first time, and is driven to know more and understand better the mystery.

The piece is a collaboration between Thomas Heidtmann, Soma Holiday & Jemma Woolmore. 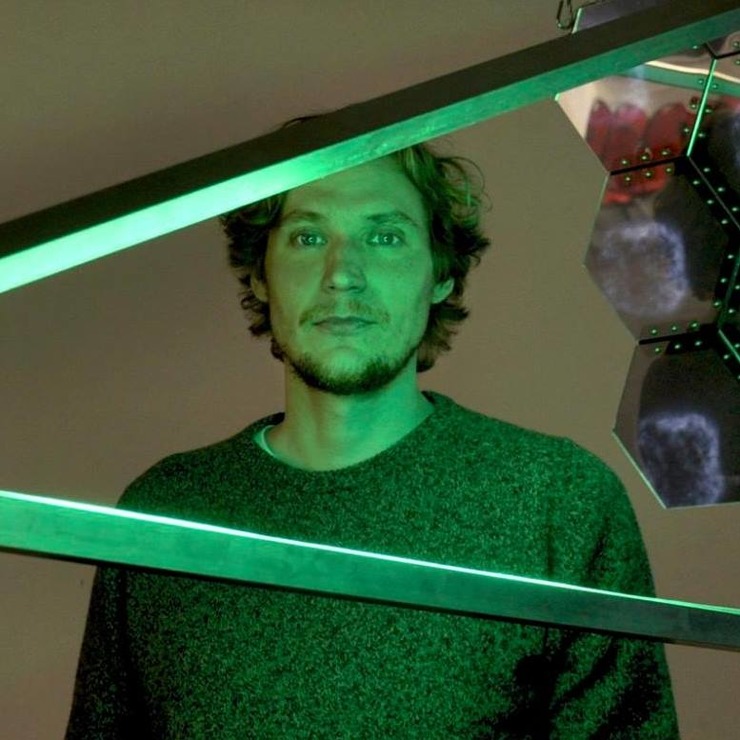