The Winner of the 2nd Henry Landers Photography-Exhibition Sponsorship. 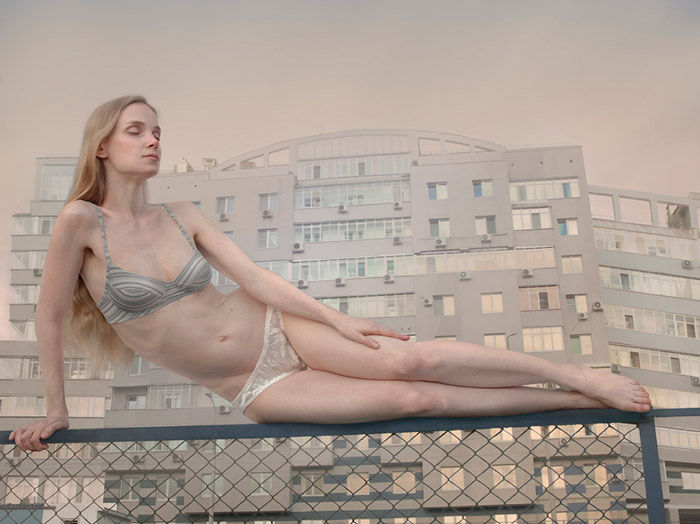 The 1st of October 2014 was the deadline. Today I am pleased to announce the winner.

We invited artists working with photography in Berlin and London. Tentatively we asked for a constructive draft. The contribution should broadly reflect urban but also rural and natural shaped forms of cohabitation of any kind. Sponsored will be a large size image production for an exhibition in Berlin.

After reviewing a large number of applications the choice was an artist who works with photography in a virtuoso manner. She extends the definition of painting at the same time. Her series includes eight large-format works of art.

The Award Winner is Katerina Belkina for her series "Light and Heavy".

The title does not promise much. It leaves the viewer in a dare guess. "Light and Heavy" tells emotional stories of the life-feeling that women experience in this city. It is the city of Samara, in one of the most industrialized regions of Russia. Oil discoveries brought early wealth. Aircraft industry, oil refineries and chemical industry today shapes the people and the environment in this region on the Volga. Light and heavy industry. Everything - freedom, equality, prosperity for all humanity and unalloyed happiness seem possible.

This is also the place of birth, place of early childhood, adolescence and the first adulthood of Katerina Belkina. In the award-winning work we see, unlike many works previously, not exclusively self-portraits of the artist. We see women in dreamy easiness their lives vaguely balancing. We see women exhausted like sleepwalkers sneaking through the evening light. "Light and Heavy". The women combine their isolation. They do not flirt with the viewer. They also flatter any auditorium. They are totally drawn-in in their warped self, possibly wakes up in a nightmare. They are not open to a man in this place - in this position, - bare, - in their personal mood.

About the artist Katerina Belkina

Born in Samara, an industrial city in the south east of the European part of Russia, Katerina Belkina grew up in a very artistic atmosphere: her mother was also an artist. She attended the Art Academy Petrov-Vodkin in Samara and specialized in a few years later at the School of Photography by Michael Musorin.

It was followed by Belkina's first exhibitions of her mysterious self-portraits in Moscow and Paris. In 2007, she was nominated for Moscow's prestigious Kandinsky Prize. Since 2013, Katerina Belkina has lived and worked in Berlin. She is an internationally-recognized photographic artist and her art works has been shown since 2002 in more than 34 exhibitions, including showings in the United States, Canada, Paris, London and Moscow. Her works have won 8 Awards in Los Angeles, Paris, Moscow, and Berlin.
More about Katerina Belkina www.belkina.ru

The invitation to the exhibition you will receive within a narrow time frame before in an upcoming email.

If you have any further queries, please do not hesitate to contact us. hl(ad)henrylanders.com

Thanks for your attention and
With best regards 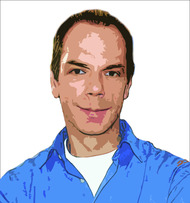