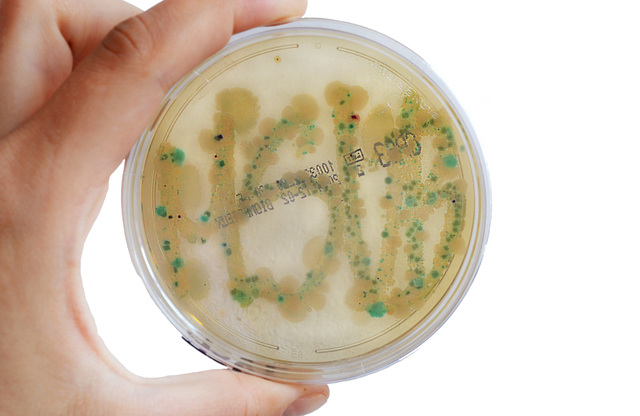 The work “Portrait of MCAB” is not only about the issue of Museum as a space, which has been closed for some time; it is also about Museum s existence in time, as well as the biological aspect. Given that I have not had a chance to visit the interior of the Museum, neither when it was open for public nor now, I can infer that I do not have a relationship with it, and see it merely as one building in line building rotting away in Belgrade. The issue of time imposes itself repeatedly , and brings me to wonder whether this building could in anyway be alive to me. This is the reason I decided to take a swab off the building as the only way to interact with it, but also to bring to light that no matters just how much we thought the Museum was dead, it occasionally and temporarily comes to life like this. the image starts to appear organically, and which was actually provided by the building itself, speaks not only about passage of time but its evident history, and nothingness it leaves behind.
Considering all this, this type of work is temporary, much like my opportunity to meet Museum; it provied an additional data, which was thus made tangible. 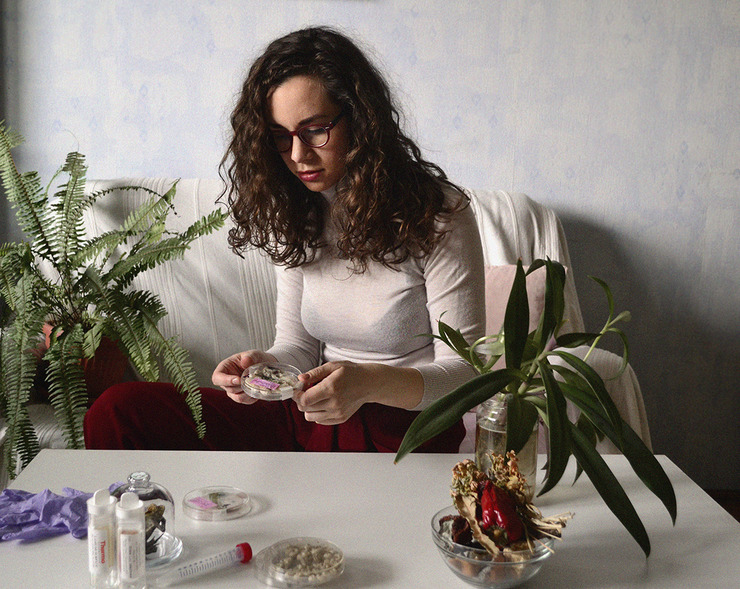