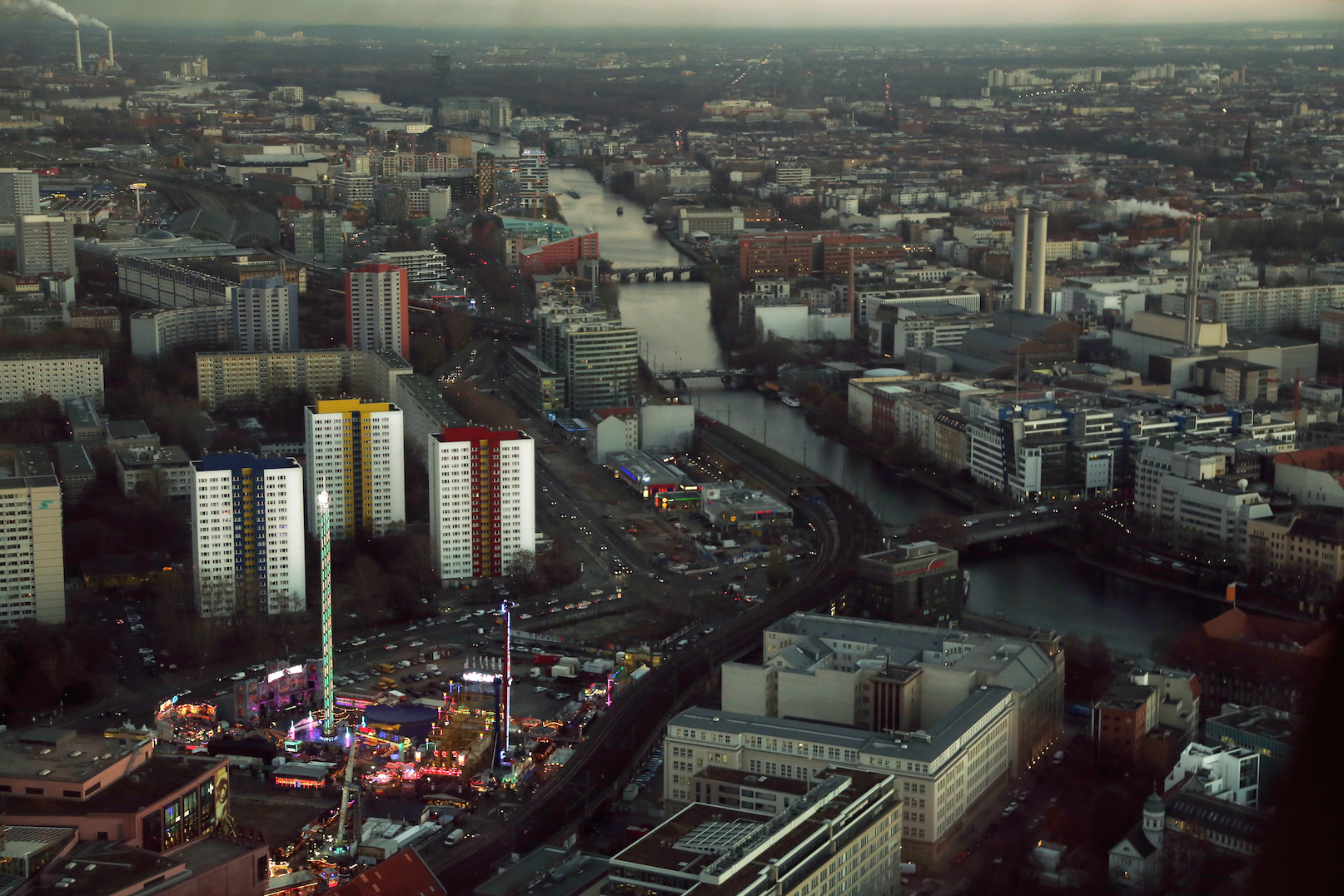 Berlin, Germany's largest city, the gateway to Eastern Europe, was virtually reduced to rubble in a war that created the biggest refugee crisis of the 20th century.

75 years later as war continues to rage in Syria (the gateway country to the Middle East), it's largest city Aleppo has also been destroyed amidst a conflict that has so far created the biggest refugee crisis of the 21st century.

Aleppo's citizens now live in the ruins of a ghost town. A town of rubble that has emerged from the aftermath of destruction where the enormous task of rebuilding Aleppo must now be addressed.

My images use manual camera settings and post processing to create a set of eerie, pallid Berlin cityscapes to challenge the viewer into thinking about how the current Berlin, that is now home for an exodus of Syrian refugees, now represents a parallel Aleppo which stands, functioning and un-destroyed.