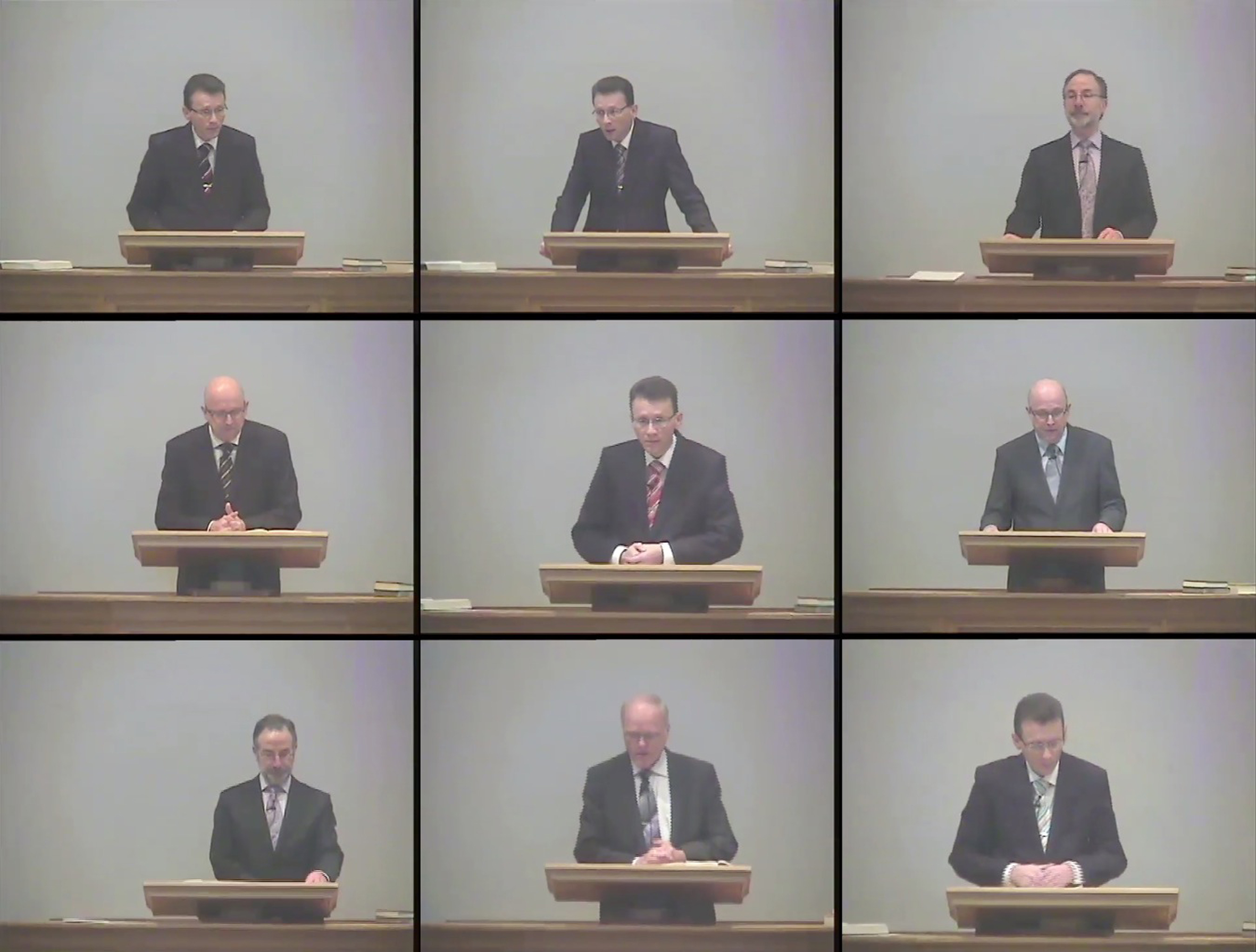 Synopsis:
The screen is split into nine blocks: the same shot of a church nine times. The church is Protestant, for the walls are white and there are chairs and no altar. First the light goes on, and then a man in his Sunday best walks over to the light switches and leaves the room once again. It looks like the same shot again and again, perhaps played at a slightly different speed. Or is he wearing a different color suit in the middle window? The precision with which these religious services unfold - there are nine different ones in total - is incredible, especially considering the fact that they are presided over by three different ministers. Playing the services simultaneously places the stress on form and the ritual. On how a child experiences it: you might not get the words, but the gravity and dedication don't escape you for a second. Additional pleasure comes in the form of the solemn procession of the elders once the congregation is seated, which seems never-ending in all nine shots.