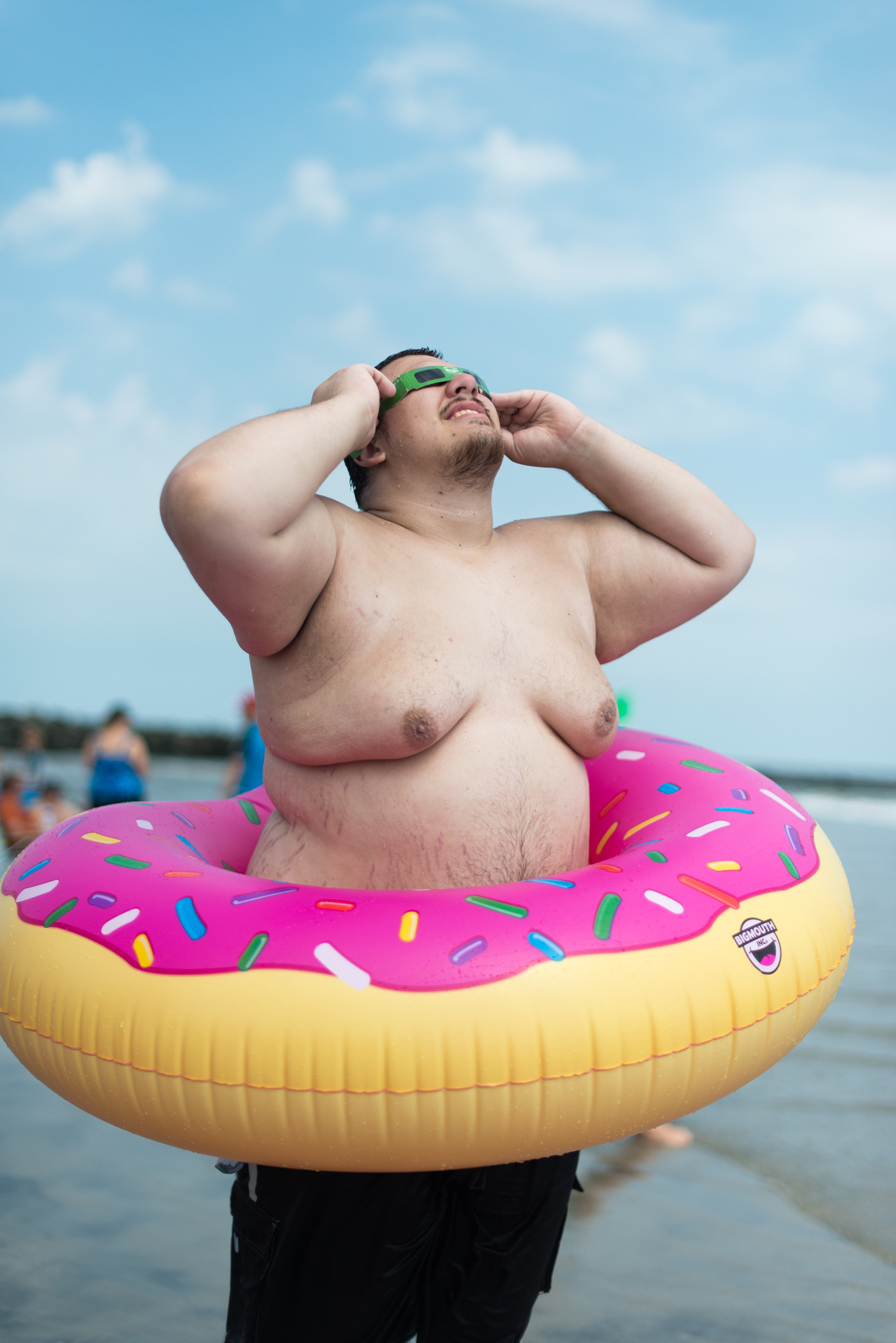 Hold up to View

In the immediate run up to the 2017 solar eclipse, seen in totality across several States of North America, the media coverage of the event, both national and local, was considerable. At a time of political shifts within the White House following a series of senior staff resignations, continued suspicions over claims of Russian hacking in the 2016 presidential election, growing tensions between the US and North Korea after missile fears for Guam, and domestic clashes in Charlottesville between White Nationalists and counter protestors over the Civil War monument dispute, the eclipse story became a simple distraction.

Repetitive reports ran daily - ranging from how to best watch the eclipse (in which States and what times, how to safely observe it without damaging the eye, ways to construct homemade viewing devices, etc) to discussions of a shortage of eclipse glasses in stores across the country (thus prompting shipments from the UK) and Bonnie Tyler announcing that she would sing ‘Total Eclipse of the Heart’ on board a cruise ship leaving from Florida.

In looking up at the eclipse, as it was told to me by the people I spoke with at the time and as described in many of the media discussions held afterwards, there was a shared feeling of having witnessed the miraculous. It happened regardless of political and cultural stresses, and it happened for everyone. For those who were too late to buy eclipse glasses, a Cheerios box with a pinhole on the side was all that was needed to look away from America and try to forget.