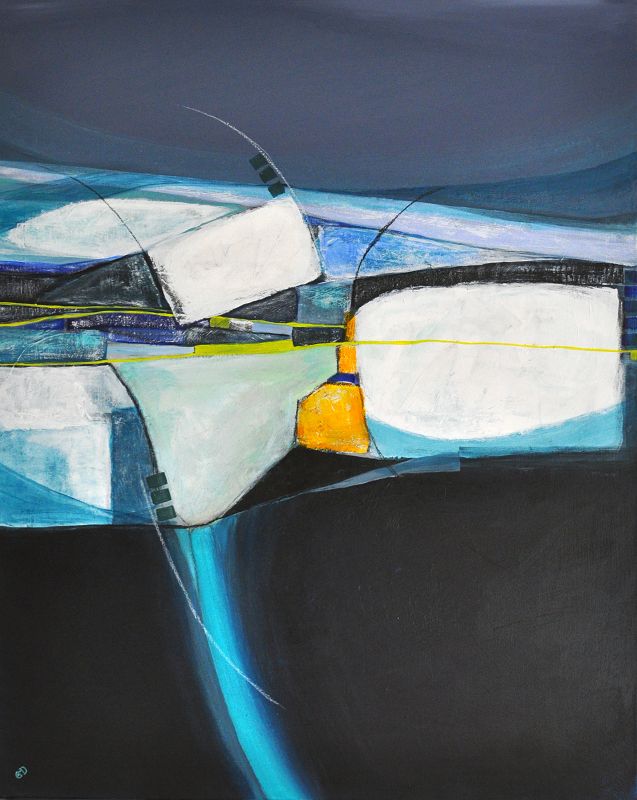 The Anthropocene: The age in which man became one of the most important influencing factors on
the biological, geological and atmospheric processes on earth.
Climate change and / or man-made dilemma ?!

examples from this series of 15 paintings:

1)Summer retreat
Hardly any human short-sightedness is as visible today as the pollution of the oceans
through plastic waste. From plastic waste or objects that we simply throw away or "forget"
islands are formed in the world's oceans, which have already reached astonishing sizes.
Will we simply be spending the summer on a new island from “Forgotten items” in the future?

2) Packing suitcases
... and: don't forget your rubber boots
Amount of rainfall and temperatures become unpredictable. While some regions suffer from too
much water, other areas will continue to dry out. Not a good prospect because our vacation
destination is now “Flooded Land”

4) Reading the maps
We are not on the beach. We have had enough of the water. We operate as
hobby archaeologists and mark our former settlements on the water map
"No. 201512 "