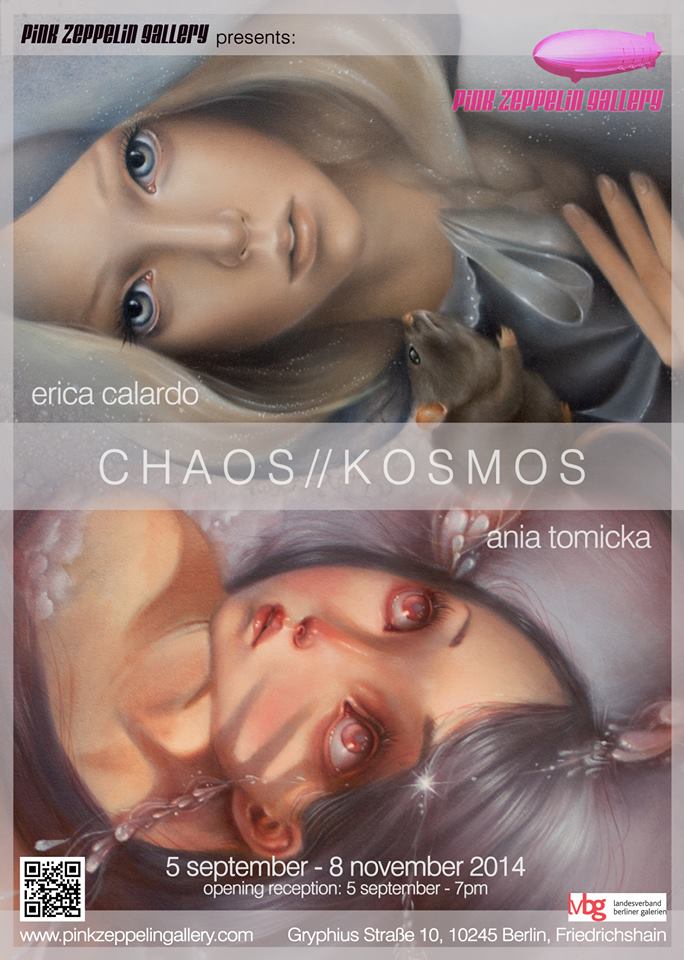 -Ania Tomicka
Ania Tomicka was born in 1985 in Lodz, Poland.
When she was only 9 she moved to Italy, where she started to draw seriously: manga at first and realistic things aperwards. She ahended an art insJtute and graduated in 2004. During the school years she starts to paint with oil colors, a technique that soon to became her favorite. Hence she ahended the Academy of Fine Arts of Venice where she found a lot of inspiration for her realistic and academic art. A year later she moved to Tuscany where she graduated at the Academy of Fine Arts of Florence. She focused her interest in more things like digital art, illustration and new materials such as wood.
She also completed her studies at the academy of digital arts NEMO NT where she gained the title of student of the year.
Ania has always been interested in realistic, renaissance works. Her first loves are Salvador Dalì and Wojtek Siudmak’s big canvases, full of absurd and strange creations, painted in a divine way.
Her current paintings are inspired by the American Pop Surrealist movement.

-Erica Calardo
Erica Calardo (Genoa, Italy, 1980) is a painter and modal logician based in Bologna, Italy. Her works in oils, watercolors, and pencils are windows on the solitude of lost souls. She explores the realm of Beauty, Grotesque, Magic, by creating eery oneiric feminine figures who tell tales of long forgohen dreams, of an imaginary timeless past.
Erica’s technique is strongly influenced by Italian old masters, especially the Mannerists and the Baroque female school from Bologna. She is self-taught and has learned her skills from books wrihen in the Renaissance and Baroque era. She counts as her masters Leonardo, Lavinia Fontana, Bronzino.
Since 2010, she has showcased her work in galleries in Italy (Mondo Bizzarro, Studio21), and abroad (Auguste Clown – Australia, Modern Eden, Swoon, Flower Pepper, WWA, and Spoke Art – USA among others). Her work will be soon showcased at La Luz de Jesus (Los Angeles, CA), DisJncJon(Escondido, CA), and Pink Zeppelin (Berlin). Erica’s paintings have appeared in several magazines and books, like Miroir
Magazine, Il Manifesto, Inside Art, Italian Pop Surrealism, Illustrati.
Besides painting, Erica is currently a post doctoral fellow at the University of Bologna, conducting her research in modal logic. She has a degree in Philosphy and a Ph.D. in mathematical logic. She has recently curated Ania Tomicka’s first solo show at Mondo Bizzarro Gallery, Italy. Erica is in love with ancient castles, old christmas postcards, memento mori from the Victorian Age, logic, history of art, four poster beds, baroque clothing, fairytales, mirrors, harpsichords, ghost stories, and punk rock.