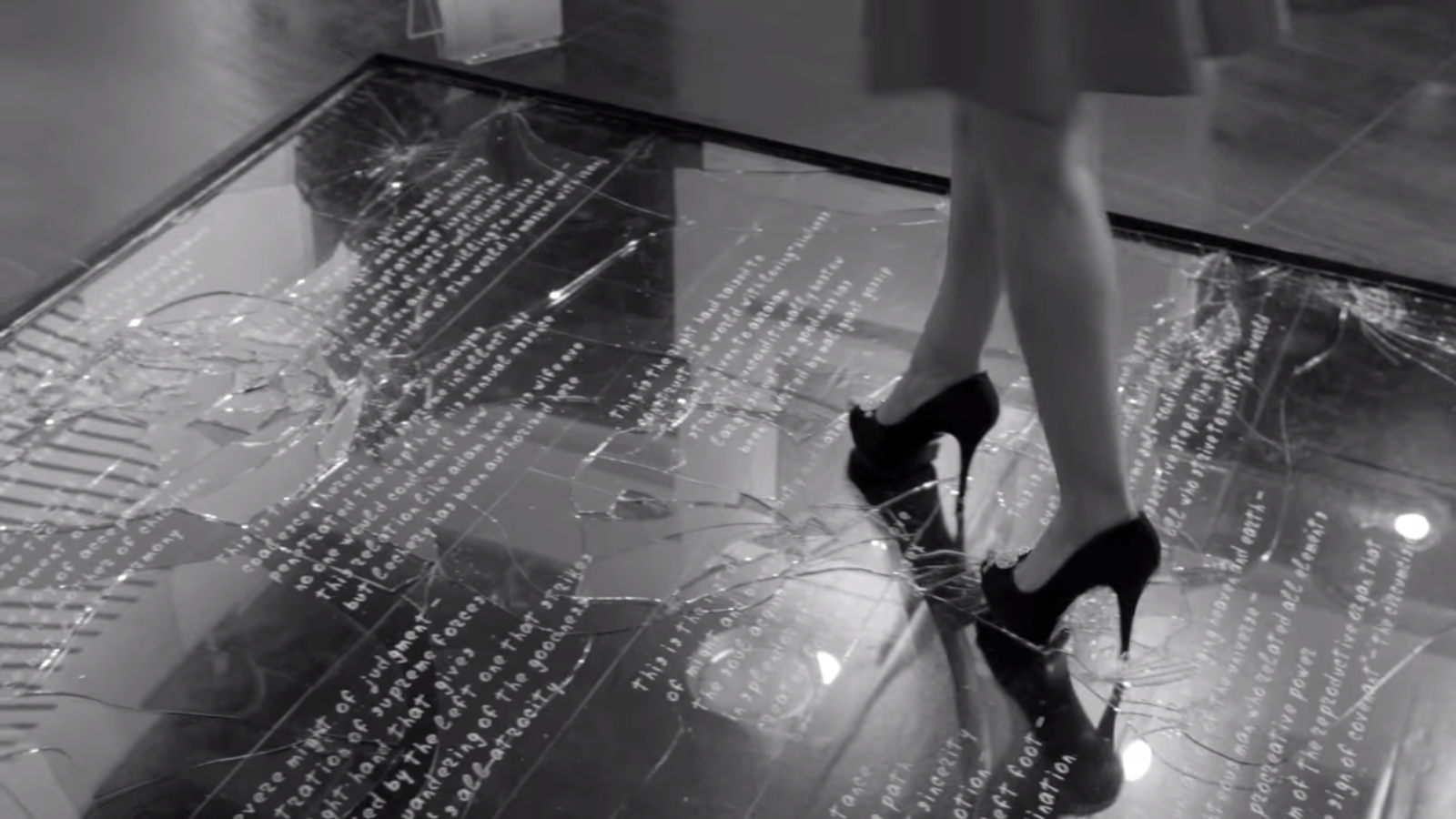 The visitors of the exhibition play a central role in this project thereby making it an art happening. The major theme evolves around people’s egocentric behavior, which undermines their existentially sustainable development. In the project, I state that people were granted sustainable virtues, which were intended to establish a path to existential completeness. People do not see these virtues, because they are occupied with their own reflection, their ego. This egocentric behavior masks these virtues thereby giving rise to existential void. What they see instead is the reflection of their own worries. Only in the moments characterized by psychologists as a state of flow, people see scattered pieces of these virtues. However, even in these moments they are not able to construct the full picture and therefore remain in confrontation with the givens of existence. The project calls to people’s awareness of the fact that selfishness results in existential void. It implicitly shows a path to spiritual restoration.

In this work, each verse of the poem (enclosed) presents a sustainable virtue given to people. The poem is printed in white on black paper covered by thin glass to create a mirror reflection. The poem covers the floor of the room. The visitors walk in the room. They see their own reflection masking the poem. This act presents inability of people to see the virtues because of their selfishness. By walking on the glass the visitors break it. Broken glass shards cut the paper on which the poem is printed thereby hampering reading of the poem. This act symbolizes people destroying the path to existential completeness.

Thus, the following parallel is constructed: The visitors are unable to read the poem because it is masked by their mirror reflection. Even when the glass breaks and they see that something is written underneath, they cannot comprehend it because the text is broken into pieces. This symbolizes the following: People live their lives and do not know that they were given sustainable virtues intended to impart meaning to their life. Thereby, they deprive themselves of the meaningful existence and make themselves unhappy. The poem in combination with the act of breaking the glass should make the visitors aware of the fact that their selfishness eliminates meaning from their life.

this is the left ear filled with
anticipation of mature thought
woman’s joy – the moment of conception
motherhood – the joy of acceptance –
comprehension: the mother of children
does rejoice but lacks harmony

this is the central trunk – the homonyms
coalesce therein: the supreme intellect has
penetrated the depth of his sensual essence
no one would condemn if knew
this relation like adam knew his wife eve
but lechery has been authorized here