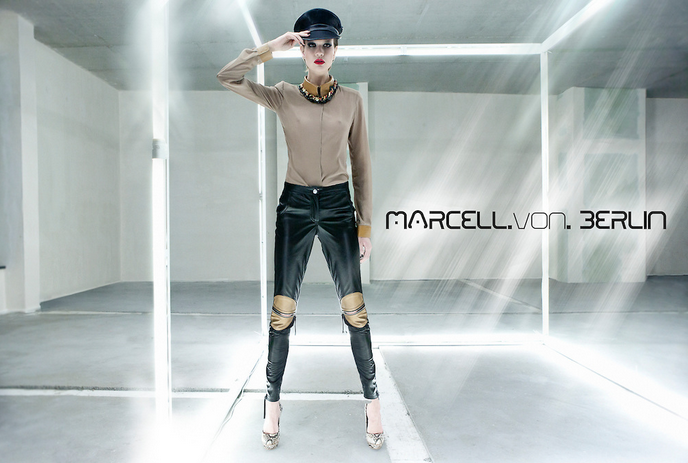 Project by Per Zennstrom Photography

This fashion project was revealed on Jan. 19th. during Berlin Fashion Week 2012 and consisted of a multi-projector, site specific video installation, (outside in the streets as well as inside the chic nightclub Tausend) plus a traditional print campaign.

Aiming to merge the label Marcell von Berlin's confident & edgy fashion DNA with the city's unique and gritty street-art sensibility we decided to integrate already-in-place art pieces by Olafur Eliason & JR into our project.
The layering our fashion narrative on top of their work resulted in productive clashes of imagery and a unique and very urban texture which suited the labels temperament very well.

Integrating all aspects of this project, such as Print, Digital, Video, Event & Marketing into a cohesive whole, the idea was to offer a tech-savvy and marketing-effective edge to the label which was showing a collection for the first time and demanded something edgy and high-energy.

... an example of this thinking: The promotional event at Bar Tausend was treated more as a street-art installation where we re-cycled imagery and video from the still campaign. Chasing our own tail so to speak...

A "fluorescent cube" was a central element which appeared in every part of this project and offered a visual "red thread" that held everything together. The cube was built with of-the-shelf material from any hardware store and literally held together with tape.