The Stuttgart International Festival of Animated Film (ITFS) is one of the most outstanding events for animated film worldwide. The Festival takes into its scope the whole spectrum of current productions in the animated film sector, including the intersections between games, architecture, art, design and comedy. With GameZone, the ITFS takes an especially close look at transmedia and the convergence of animation and computer games. The Festival offers directors as well as production and distribution companies a platform to present their films to an interested and large audience as well as countless members of the industry. In the spring of 2015, Stuttgart will once more become the centre of the world with regards to animated film for six days and nights.

Founded in 1982, the Festival has developed into a leading event for animated film in Germany and is regarded as one of the most important and biggest events for animated film around the world. World-renowned animators such as Stephen Hillenburg (SpongeBob) and Jannik Hastrup, David Silverman (The Simpsons) and Pierre Coffin (Despicable Me), have expressed how much they love the Festival’s unique and intimate atmosphere. For the very same reason, the Festival also counts German actors and voice artists among its fans, including Benno Fürmann and Oliver Kalkofe, Christoph Maria Herbst and Josephine Preuß. Through innovative event formats and unusual locations – such as the Mercedes-Benz Museum and the Musikhalle Ludwigsburg, Neues Schloss (the Baroque New Palace) and the Residenz Theater – the art of animated film is celebrated with shows and festival galas.

Artistic animation and the promotion of up and coming talent make up the core of the ITFS. The various competition categories award cash prizes totalling more than 50,000 euros. Together, the ITFS, the Animation Production Day, and the first-class
industry conference FMX have developed into an important platform for the financing and development of animated projects.

ANIMATED COM AWARD
At the Animated Com Award prizes will be awarded for outstanding work in the areas of advertising, spatial communication and technology, and the special award of the Daimler AG.

You are kindly invited to submit films that fall into the category of applied animation and were produced no earlier than October 01, 2013 to the Animated Com Award.

The special award „Future needs derivation – Mobility in a digital world“ is offered by the Daimler AG. All interested national and international filmmakers – students from film and animation schools as well as young companies – are invited to animate mobility 2.0 in creative, personal and innovative ways. The passion for automobile should be visualised and sustainable solutions for individual needs expressed in a playful manner. All techniques ranging from 3D computer animation to 2D cell animation and stop motion are accepted. The maximum length of the films mustn’t exceed 5 minutes. 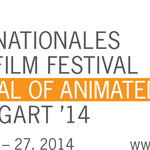