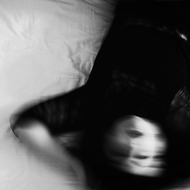 Ursula Mestre is a portuguese visual artist who was born in 1987. Currently based in Edinburgh, she has been developing her work, along the years, through several media – mainly photography, video, performance and installation art – but has been focusing on the ars photographica in the last few years, for it has been through the camera she’s been not only capturing life’s rhythm pulsating before her eyes but also making the visions of the world within her becoming real. She has taken the exploration of the female body and the female universe as starting points to her artistic creations, consubstantiating the vivid and intense passionate marks generated and developed in women’s inner world, opposing to but also complementary of the outer world, with oneiric sets in a critical attitude of contemplating the self, trying to suspend time and to clutch all the beauty and complexity of the female world – its mystery, its complexity, its shapes. She has graduated in Visual Arts from University of Algarve, in 2010.