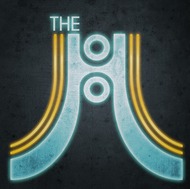 The Hoo is a Berlin based Italo/French Future Funk crew.

In 2 years the crew managed to conquer Berlin underground’s scene, to release one LP “My Degeneration”, 2 remixes EP, to play from Budapest to Paris and from Italy to Denmark, to go on German tour backing HipHop veteran Flowin’ Immo.

2014 is the release year of their new effort : New Transition, an 80s Funk 4-track that sounds already like a future club classic. This year signs also the beginning of a collaboration with multimedia artist Mr Geeko and Nu Disco producer Mogul.