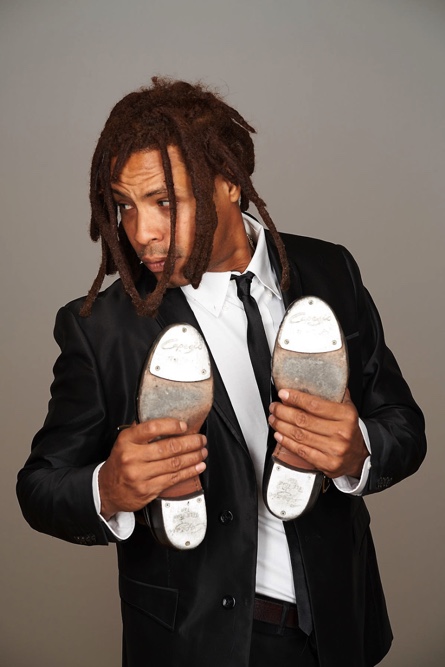 Received an NAACP Image Award and nominations for Bessie And Broadwayworld.com LA Awards. Television/film credits include NBC’s Showtime at the Apollo (“The Sandman”); Emmy-award winning documentary “A Song for Our People”; “4 Little Girls: A Dance Film. Stage/Touring Credits include Broadway’s Bring in Da’Noise, Bring in Da’Funk; Black and Blue; Trey Ellis and Ricardo Khan’s FLY; REFORM: Disparities in American Criminal Justice; and “4 Little Girls: A Dance Film”. Omar is the Creative Director for youth ensembles at Harlem’s @streetcornerresources and @ESOTA4real in Jamaica, Queens. Omar has a weekly show at the legendary Cotton Club in Harlem, NY and is the leader of the Omar Edwards Quintet. His artistic focus is to bring awareness to important issues through his work and to promote tap as an American Folk art of sound.

“THE HEALING POWER OF TAP” - a series of workshops, short films and performances that brings the art of tap to underserved and new audiences in innovative ways.

THE HARD WAY presented behind prison walls to support the emotional healing of incarcerated individuals.

4 LITTLE GIRLS film that uses contemporary dance and spoken word to tell the story of the four young black girls murdered in the Alabama church bombing in 1963.

living happily, pushing positivity, being good to myself & others, foot musician, art-ivist