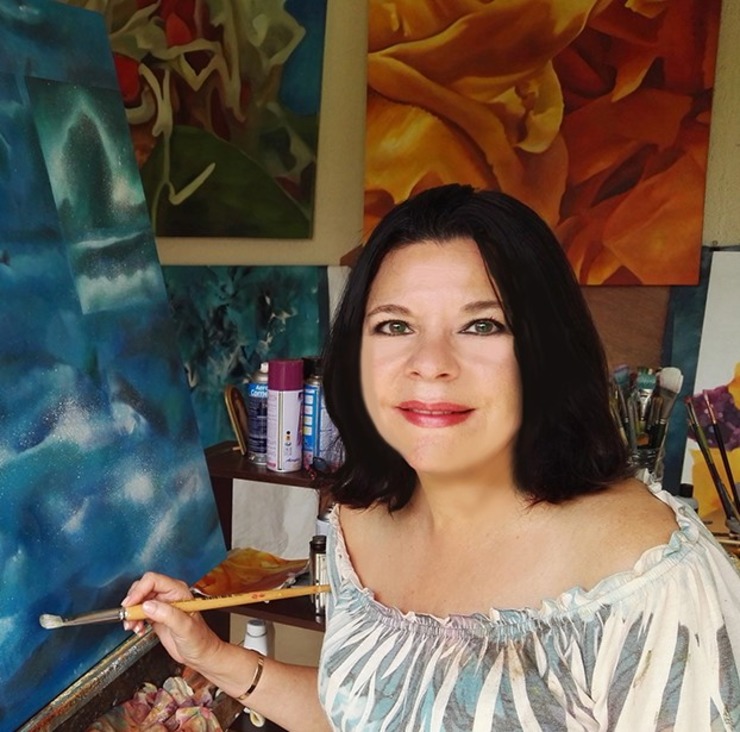 Laura Baez Lacayo, with more than 40 group exhibitions and and a solo show, was selected for the book "The Best of 2016" International Emerging Arts Award, Art Dubai, precisely because of its metaphor of the sea and the mind. Laura has won several awards, among the, we can mention the invitation by curator Despina Tunberg, of ARTAVITA, to participate in November 2016 in Spectrum Red Dot Miami. She also appears in the book BETWEEN CENTURIES, Central American contemporary art, as well as ICA, International Contemporary Art, publishers selected her for their annual book 2016 in New York, USA. And among others, in her country she was awarded in 2004 with the Third National Painting Prize and in the Competition "Antonio Sarria", by the Central Bank of Nicaragua. In addtion in 2002 she was recognized as a finalist for the National Painting Prize "Toribio Jerez" by Central Bank of Nicaragua and currently, she was selected by the Ministry of culture of his country, to exhibit in São Paulo, Brazil. In 2017 she was awarded with the International Goya Art Award at the Barcelona Biennial and she exhibited an important solo show at the Crystal Art Room from Teatro Ruben Darío, Managua, Nicaragua and Arte en Mayo, Guatemala. She also exhibited at Cupola Contemporary Art, in Sheffield, South Yorkshire, United Kingdom.