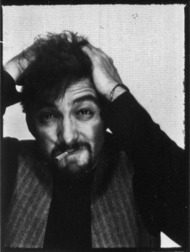 Fábio Mota is originally from Porto, Portugal. At an early age he became fascinated by the power to create images using both analogue and digital cameras. In 2009, he began studying digital filmmaking in the Netherlands. Despite the digital education he kept his fascination for analogue images, which he expressed in his final project, “Back to the Moment”, shot with Super 8mm, and screened at the Short Film Corner in Cannes festival, 2010. After his studies he worked with several international directors. He currently lives and works in Berlin as director, photographer and editor.