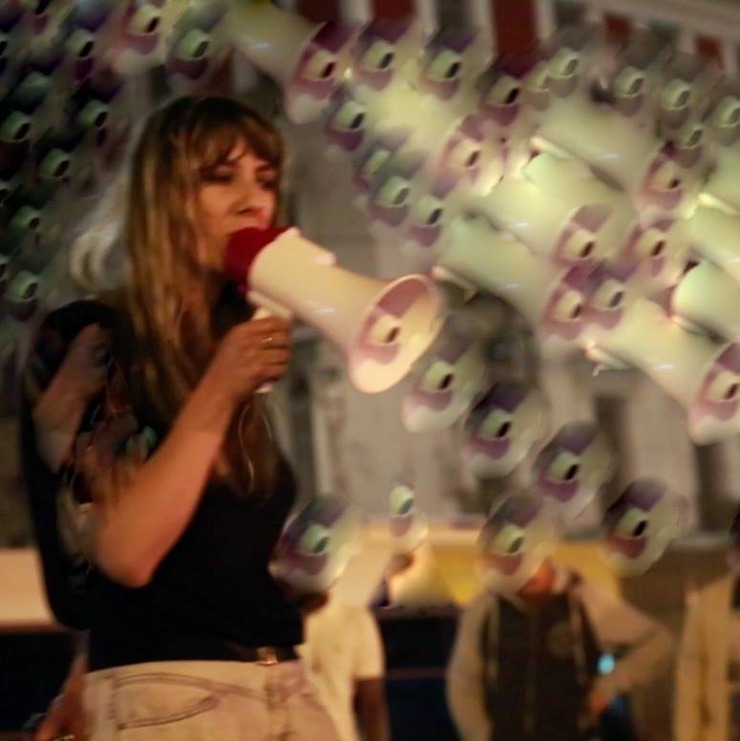 Eva Giannakopoulou, was born in Athens and grew up in Ithaca, Greece. She has lived in Naples, Barcelona and Istanbul and she is currently residing in-between Berlin and Athens where she works.
Eva has performed and exhibited in museums, institutions, galleries, festivals, impromptu stages and other public or unconventional sites in Greece, Mexico, Germany, France, Turkey and Serbia including Material Art Fair (Mexico City, 2017), Benaki Museum, Athens (Equilibrists show, 2016), Athens Biennale 2015-2017 OMONOIA (2016), Rosa Luxemburg Foundation, Berlin (solo show, 2015), MPA-B, Berlin (2015 and 2014), Excentricités 3 and 6 Performance Festival, Besançon (2015 and 2012), Action Field KODRA, Thessaloniki (2012), 3rd Art Biennale MIET, Thessaloniki (2011).
She has studied History of Art in Italy, Fine Arts in Greece and was recipient of IKY (State Scholarships Foundation) and Vikatos scholarships for her Masters "Space Strategies" at the Art Academy Weiβensee, Berlin, graduating in 2015 with honours under A. Creischer, A. Siekmann and K. Wildner.
She has co-curated and co-organised art projects and performative events, while in 2013-2014, she was a co-labourer of the MPA-B (Month of Performance Art, Berlin).