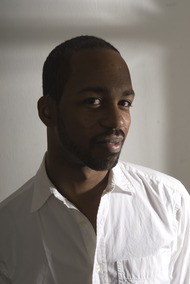 Louis DeVaughn Nelson (DeVo) is a multidisciplinary artist and founder of The Hokum Arts Production Group. He studied dance and playwriting at DeSales University and Drexel University. Nelson was named Best New Choreographer by Philadelphia City Paper and has been recognized for his video work that delves into cultural and movement research. He received a top prize for “YouBahn” at the CIANT Festival of Film and New Media Art in Prague.