This Week in the Arts: Museum Name Changes, Criticized Cancellations, and More

From the controversy surrounding a decision to postpone a major retrospective to a new name for a Dutch institution, here’s what’s happening this week in the arts.

Ebony L. Haynes will create and lead a new Black-run gallery in NYC

As announced in The New York Times, David Zwirner has hired Ebony L. Haynes as a director. She will launch a new exhibition program and commercial gallery space in New York, the name and location of which are to be determined.

This new project, expected to open sometime next spring, will be run by an all-Black staff. Alongside the program of about four exhibitions per year, which will each be accompanied by a small publication, there will also be a paid internship program for Black students.

Ebony L. Haynes is a writer, curator, and a former director of Martos Gallery in New York. This year, she has also led Black Art Sessions via Cassandra Press, offering free talks to Black students in art-track programs to get insight into the workings of a commercial gallery.

Following a Public Review held on September 26, 2020, the former Witte de With Center for Contemporary Art in Rotterdam has shortlisted three possible alternative names for the institution. The former name of the museum references the colonial-era Dutch naval officer Witte Corneliszoon de With. After the name was publicly challenged in an open letter in 2017, the institution vowed to change it.

The shortlisted names are: KAT, an acronym that stands for ‘Kunst. Activiteiten. Theorie’ in Dutch, or ‘Contemporary Art and Theory’; Kin, which emphasizes a community-based relation and can also be an acronym for ‘Kunst International’; and Haven, which means harbor in Dutch — referring to Rotterdam as a port city — and refers to a safe space in English.

The institution’s new name will be publicly announced by October 5, 2020, and will come into effect on January 27, 2021.

The decision made by four institutions in the U.S. and U.K. — the National Gallery of Art in Washington, D.C., Tate Modern in London, the Museum of Fine Arts Boston, and the Museum of Fine Arts Houston — to push the much-anticipated Philip Guston retrospective until 2024, has been met with criticism as an act of “institutional cowardice” since being announced last week.

The traveling exhibition ‘Philip Guston Now’ was originally planned to open over the summer but was delayed until 2021 because of the pandemic. Due to the organizers’ concerns over the Ku Klux Klan characters that appear in Guston’s later work, it has now been postponed for an even longer term.

An open letter by The Brooklyn Rail calling for the reinstatement of the exhibition began circulating on Wednesday, September 30, 2020, and has received over 1000 signatures. While many argue that now is the time to have the conversations initiated by Guston’s work, which depicts the pervasiveness of racism and white culpability, others question whether this work should be prioritized at present. As reported in ARTnews, critic Aruna D’Souza pointed out that a Philip Guston exhibition organized by four white curators might not be best suited to the current moment, adding “At this point, more than ever, it’s important not to tell Black audiences what they should be looking at, but asking them what they want to see.”

We are disappointed to learn of the decision by four major museums to delay the much-awaited retrospective "Philip Guston Now". Created in a spirit of radical empathy and social justice, Guston’s paintings depict white-hooded Ku Klux Klan figures not only as figures of terror, but as sickeningly familiar reflections of the dark underbelly of American society. We are reposting an excerpt from the statement by Musa Mayer, Guston's daughter and President of @the_guston_foundation: 'My father dared to unveil white culpability [in this series of works], our shared role in allowing the racist terror that he had witnessed since boyhood, when the Klan marched openly by the thousands in the streets of Los Angeles. As poor Jewish immigrants, his family fled extermination in the Ukraine. He understood what hatred was. It was the subject of his earliest works. This should be a time of reckoning, of dialogue. These paintings meet the moment we are in today. The danger is not in looking at Philip Guston’s work, but in looking away.’ We also echo the sentiments expressed by curator Darby English (@darbyenglish), a professor of art history at the University of Chicago: ‘It should be part of one’s attitude to see [the paintings] as opportunities to think, to improve thinking, to sharpen perception, to talk to one another. Not to grimly proceed with one’s head in the sand, avoiding difficult conversations because you think the timing is bad.’ - Philip Guston, The Studio, 1969. © Philip Guston. Courtesy of the Estate of Philip Guston. - #PhilipGuston #PhilipGustonNow

Ulrike Müller wins the Prize of the Böttcherstraße 2020

The recipient of this year’s Prize of the Böttcherstraße is Ulrike Müller. The prize, which is awarded annually, is presented at Kunsthalle Bremen and includes a cash prize of €30,000. Müller was selected by the jury from 10 nominated artists from German-speaking regions. Previous winners of the prize include Olafur Elíasson (1997), Wolfgang Tillmans (1995), and Emeka Ogboh (2016).

In a statement in the Kunsthalle Bremen press release, the jury says: “Ulrike Müller convinces through abstraction. Her work is one of the most precise positions in feminist and queer contemporary discourses on painting. Resistance and a life of their own emerge, among other things, in the blurring of boundaries.”

A public award ceremony will take place on Tuesday, 27 October, 2020 at 7 pm, and the work of all 10 nominees is presented in an exhibition at Kunsthalle Bremen, on view until November 1, 2020.

Earlier this week, confused Tweets starting popping up in response to a massive pile of carrots found at Goldsmiths Centre for Contemporary Art in London. As it turned out, the installation, titled ‘Grounding’ is by MFA student Raphael Perez Evans, and seeks to explore “tensions in visibility between the rural and the city”. The work is part of the university’s MFA degree show. The artist and university have commented that the carrots had been deemed “not fit for human consumption” and are to be donated as animal feed at the end of the show.

Organizers of the account have been collecting carrots from the site to make soup and vegan cakes to sell on campus over the next days in order to raise money for local food banks. Lewisham, the borough in London where the university is located, they point out, is one of the poorest in the city. The student-led community project raised over £280 during the first day and is continuing today. 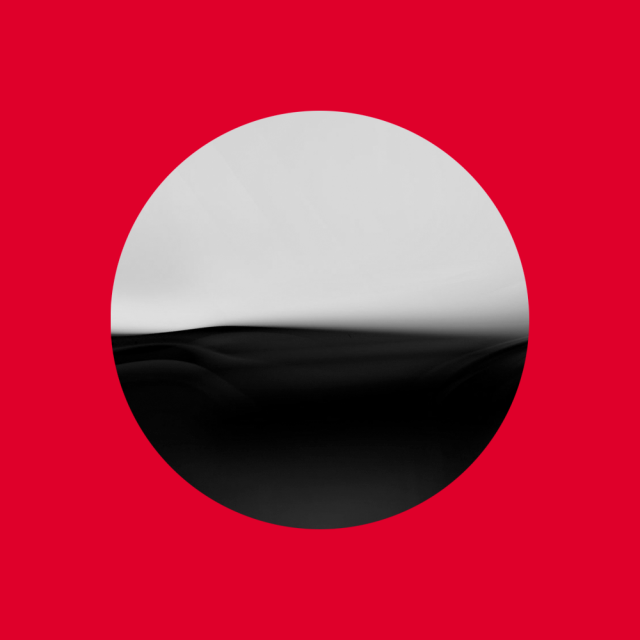 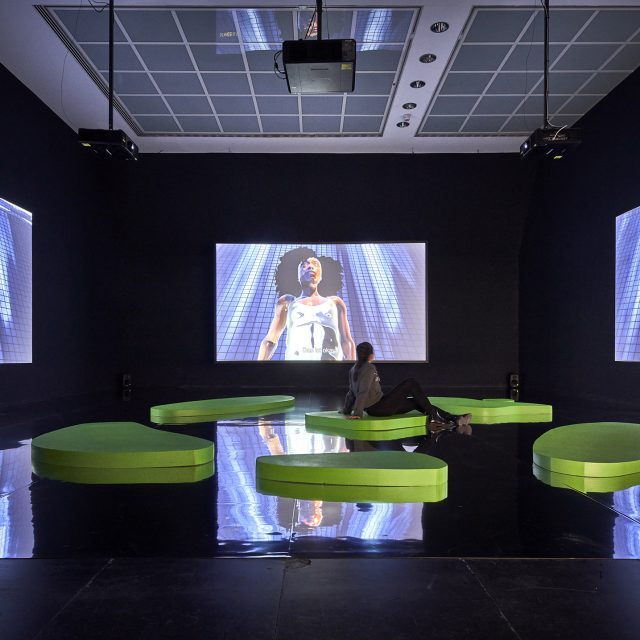 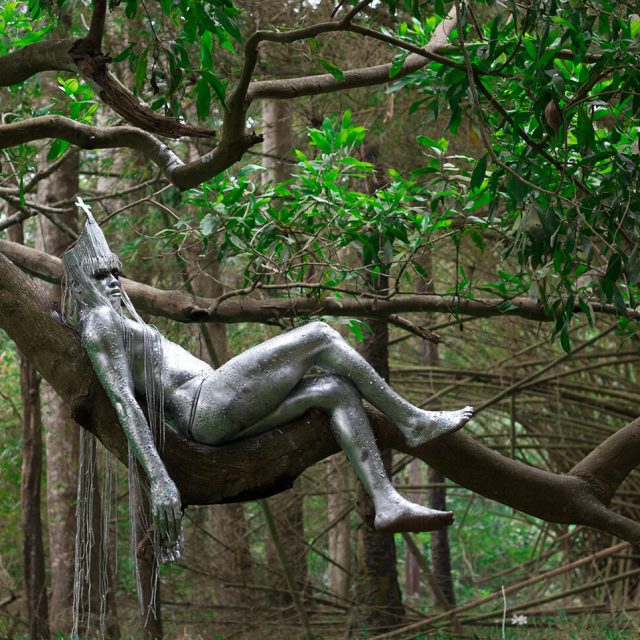 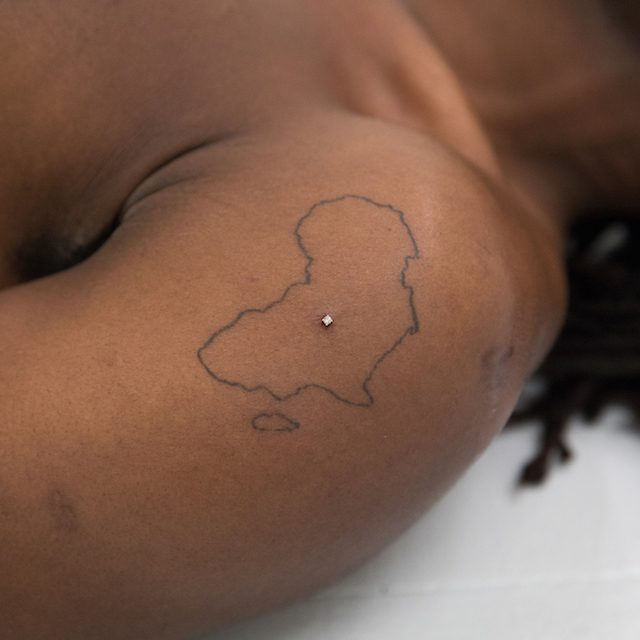