Fantasy Maps: Shore of the Scourge, Distant Morass, Painful Expanse, 2019. Exhibited as part of ‘Mycelium as Lingua Franca’ in a Tale of a Tub. Pictures by: LNDWstudio

The Mycological Twist is a nomadic, collective project by Eloïse Bonneviot and Anne de Boer. With a strong interest in fungi and permaculture, their work mines ecology and looks to the building of sustainable structures. For them, this process unfolds in the context of both the garden and the exhibition space — which at times even coexist.

Recently, their work has been featured in the exhibition ‘Mushrooms: The Art, Design and Future of Fungi’ at Somerset House in London. A forthcoming group exhibition at Ashley Berlin has been postponed for the time being due to the corona shutdown. 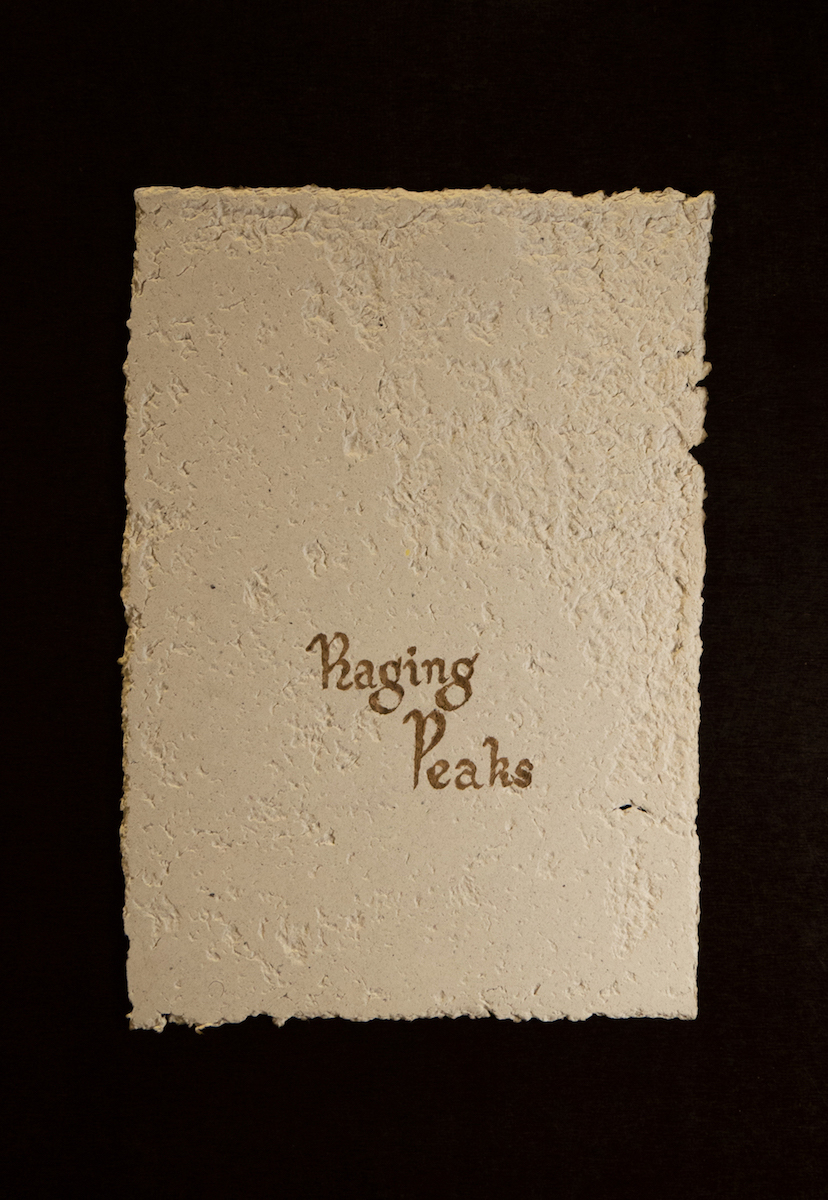 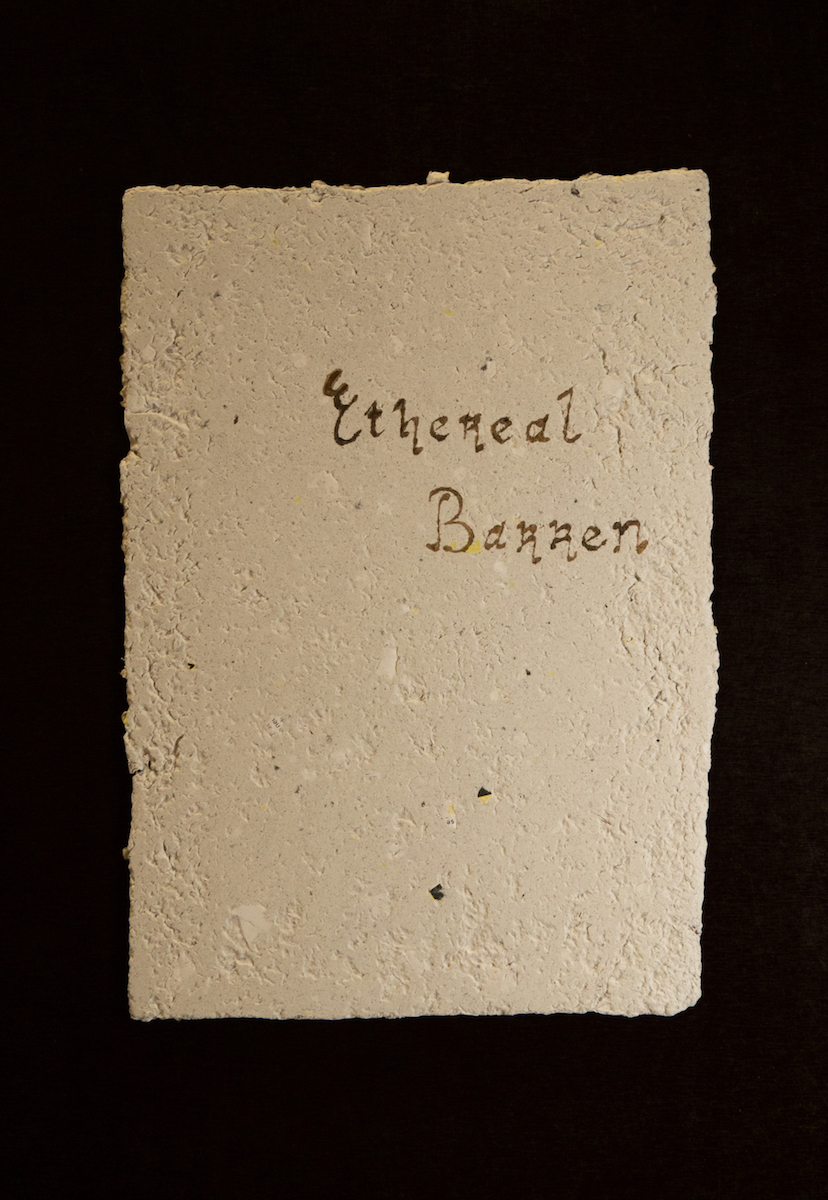 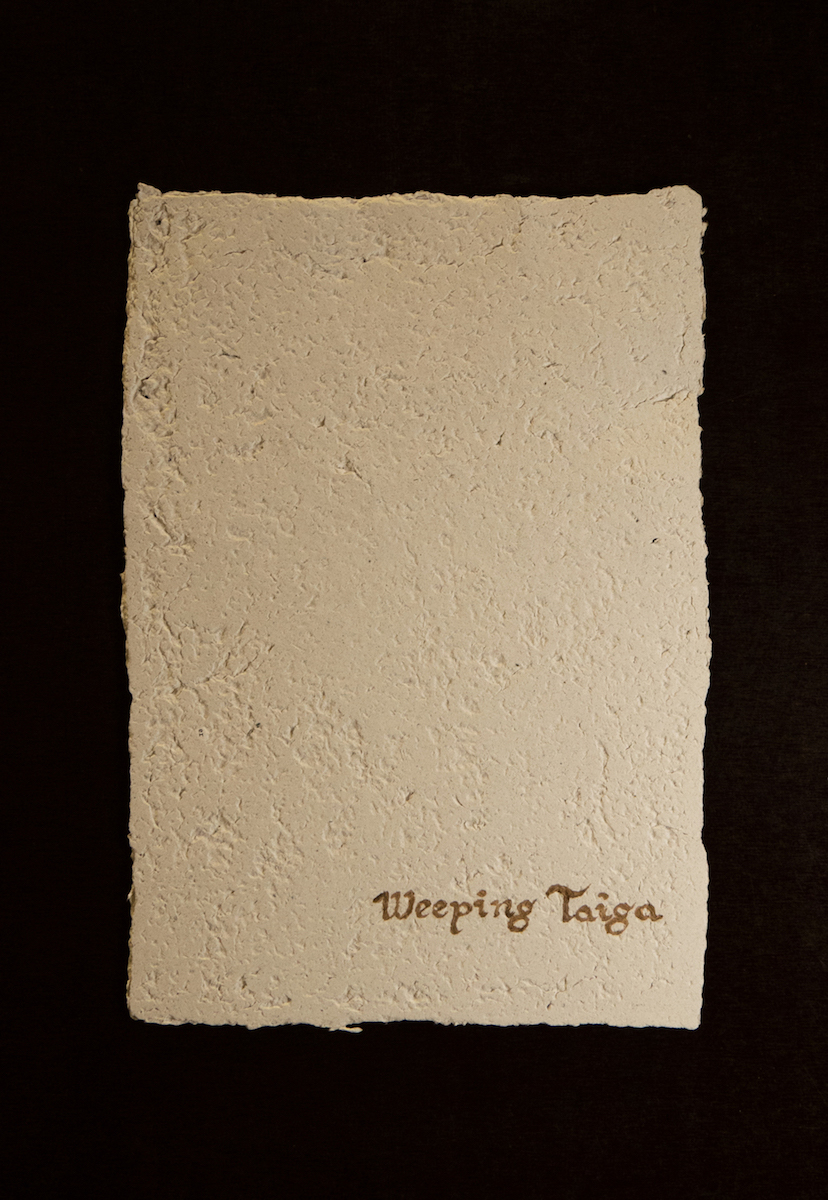 How would you describe your practice?

We have always had a very open-ended approach to making work under the umbrella of the Mycological Twist. It functions more as a field of research, an area of inquiry we are keen on exploring. This means that very often we aren’t so concerned about formats, or how things will look. There is something very liberating in doing work that way. From the onset our first installation in JupiterWoods’ garden was a testimony to that approach. It was a weird mix of design and conceptual elements, while we immediately started to invite people we were interested in to share knowledge. So in a sense the Mycological Twist is almost more like a platform of knowledge exchange and collaboration.

How did the Mycological Twist get started?

We started our work as ‘the Mycological Twist’ in the garden of JupiterWoods, an exhibition space in Bermondsey, London. They had a garden that was covered in trash and plants, so badly you could not even enter it. Rumor had it that there was a container in the back of the garden full of sulphuric acid, which most likely leaked into the garden. Nerds as we are, we were constantly blabbing how they should use mushrooms to clear up the waste. This resulted in an invitation from JupiterWoods to actually do so.

As such we cleared the garden and used a lot of the material we found to build structures in which we could start growing mushrooms. We discovered the soil was actually not toxic, but just very acidic. And though the need for changing toxic waste more or less disappeared, we continued to grow mushrooms anyway. Experimenting with a variety of mushrooms that were either edible or medicinal, we observed the way these organisms grew and decomposed. These observations became a big source of inspiration in conceptualizing works that we made afterwards.

What about the name of the project?

As an homage to Paul Stamets we chose to name the project the Mycological Twist. In his book, Growing Gourmet and Medicinal Mushrooms, there is a sentence featured along the drawing of a farm: ‘Permaculture with a Mycological Twist’. We thought it was perfect. 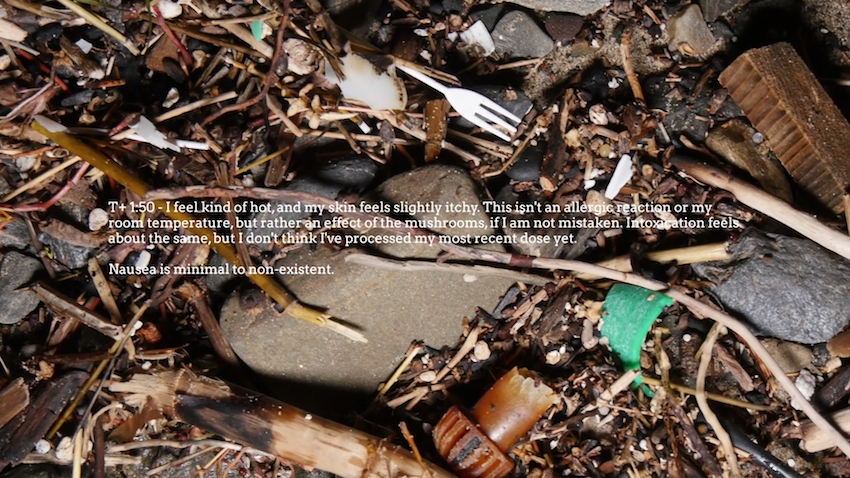 Back around 2010 we started to look for writing in relation to Ecology. We stumbled upon Timothy Morton’s ‘Ecology Without Nature‘ blog, and it blew our minds. We were following all his posts religiously and one day he shared an article about Paul Stamets. The post was in relation to a TED talk where Paul Stamets explains how mushrooms have the potential to save the world. A little before that, there was the Deepwater Horizon oil spill, which left a massive oil stain in the Gulf of Mexico. As a way to clean this up, Paul Stamets proposed using mushrooms to break down this waste into soil in which plants could grow again.

This really stuck with us and became a starting point to research mushrooms. We started collecting books related to mushrooms and going on regular mushroom forays. Gradually we assembled some kind of DIY knowledge around mushrooms and this somehow never left us. We were pretty much hooked! 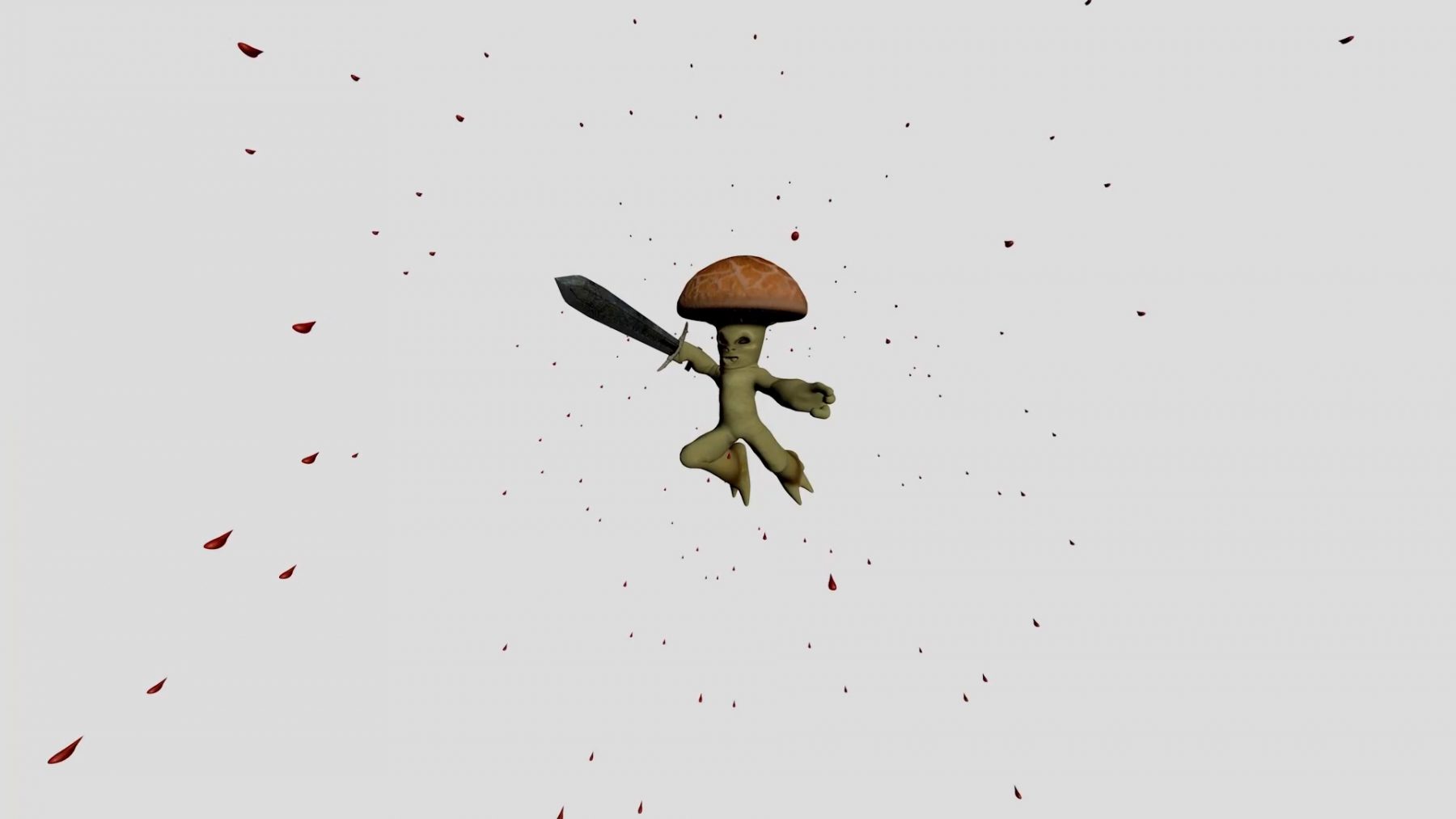 Tell us about your current balcony garden. What goes on there?

We got super lucky with our flat, which has quite a large balcony surface. Since we moved in we’ve tried to arrange the balcony through some permaculture basics. This means trying to investigate what resources are already available, and the environmental conditions surrounding your terrain (or balcony). Last season was mainly an experiment in seeing what types of vegetables could grow, and what could be the right location for each individual species.

Permaculture makes a lot of use of companion planting, where each plant has a neighbor that helps the other to grow — either as support, by providing shade, preventing pests, etc. We tried different combinations to assess what works in the given conditions of the balcony. In the end, we had a very successful tomato and potato season, but the pickles and pumpkins worked a little less well. This year we have started seeding some new plants and will try out some different locations and combinations. 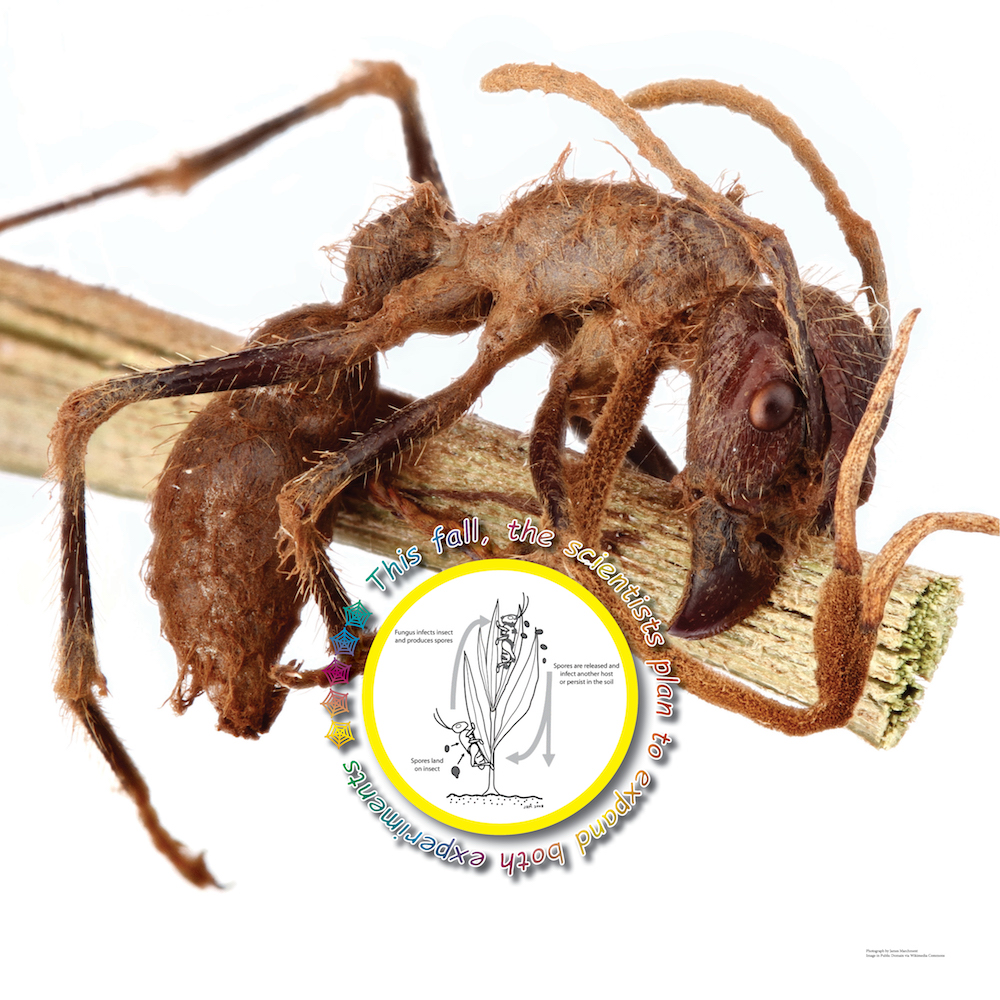 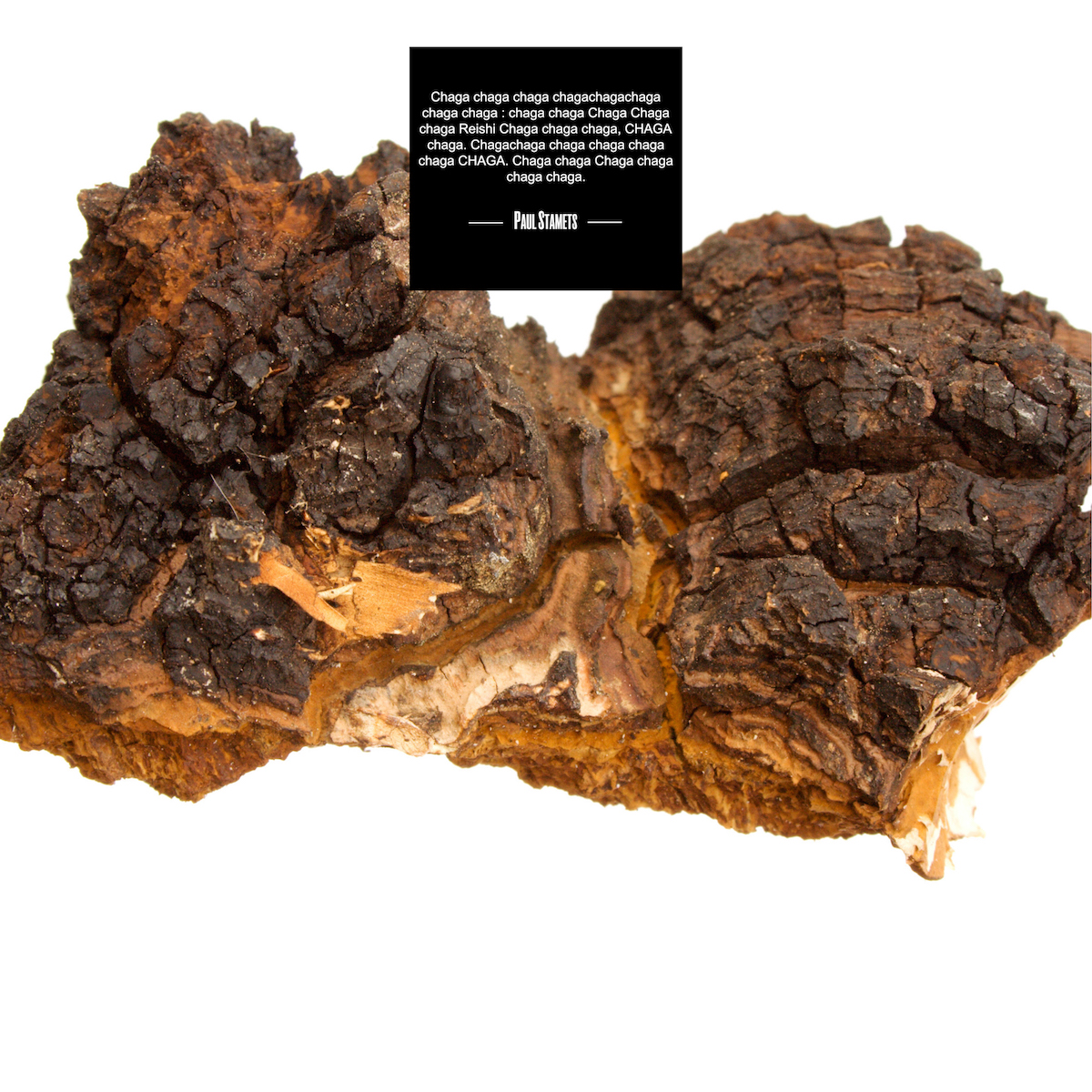 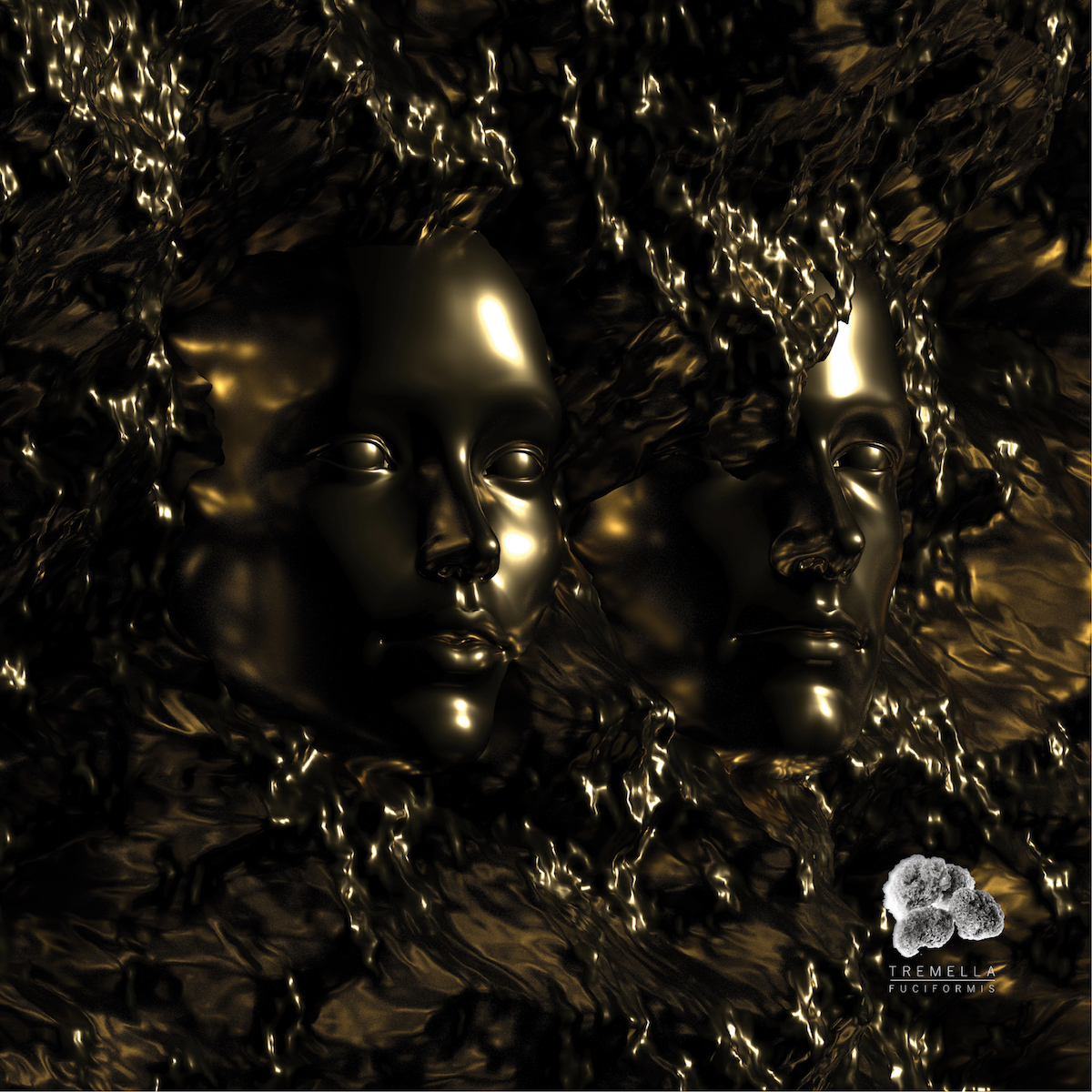 A very important extra component this year will be a new start in growing mushrooms. We have allocated some space to arrange a small composting area. Here, we will start growing some wine cap stropharia, also called ‘Garden Giant’. These mushrooms can become quite large and are delicious. Hopefully we will manage to grow them as well on the feet of our other plants, which would provide a great nutritional delivery network, as well as prevention of pests.

The garden has also moved over the years, as you’ve relocated to different cities. How has that affected your approach and/or ideas?

An interesting element with Mycelium networks is the idea of contamination through sporulation. Mushrooms heavily rely on being carried around to inoculate new grounds. This reflects pretty well with the nomadic and very precarious conditions of our generation and by extension ourselves. We moved out of London because it became harder and harder for us to survive there under the current conservative government. It was hard for us to maintain or build back communities each time a studio complex was closed or a real estate agent would decide your home could be flipped on the housing market.

We moved, but so did many of our peers — though many also managed to thrive in London. Together we formed a network of kinship. Meaning, we can go to many cities and have friends living there. And we are also hosting people in our home constantly. Moving makes you realize how important maintaining and nourishing your community is. This diaspora of friendship is our community. And each time we start a project, we always consider how this can benefit our peers. There are so many interesting approaches and practices out there! 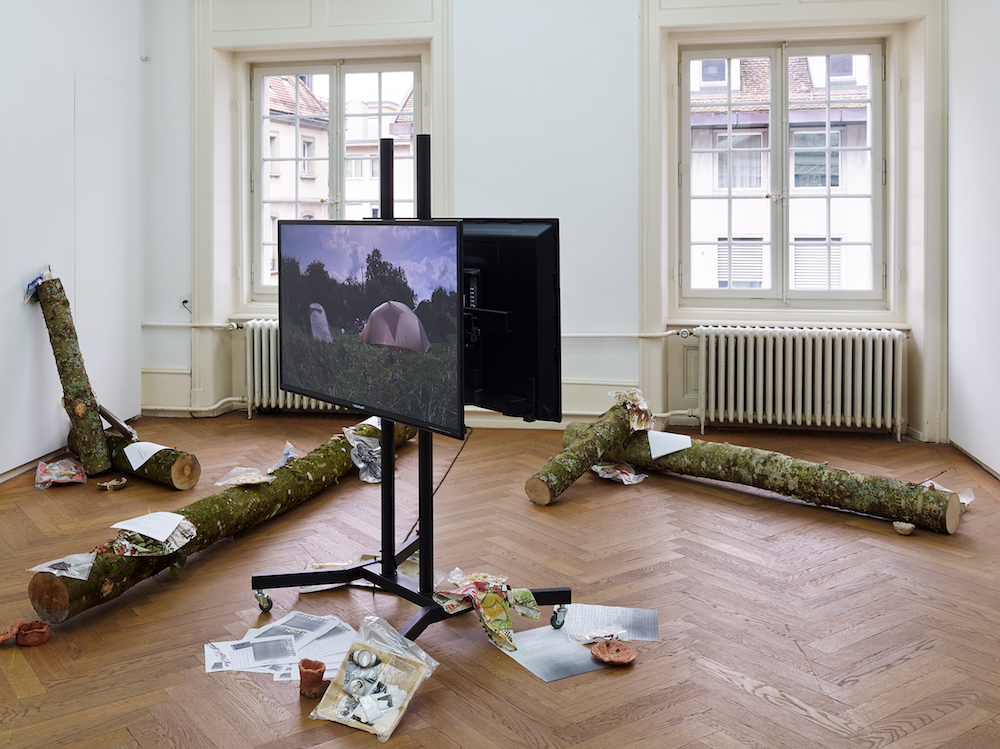 The Mycological Twist is itself conceived as a nomadic project that follows the behavior of a garden, and acts as an extension of the exhibition space. In what ways does this concept come into practice in your work?

At the beginning, our project literally functioned as an extension of an exhibition space. But we wanted to take this as an opportunity to look at artistic practice from another angle. As an outdoor space you are very much dependent on the weather as to what type of events can take place. As such we used the winter for introspective and more research-based events. The summer time allowed for small exhibitions and events in the garden. While that garden is now gone, this way of working stayed within our practice.

Currently, we make some of our works with foraged materials. This is always season dependent and many aspects of our work change according to the season in which we can find certain mushrooms and plants. Another important aspect of the garden was that during the summer months it was a very social space. We’ve tried to think of events that could happen during certain times in the year, which would allow for those social moments. 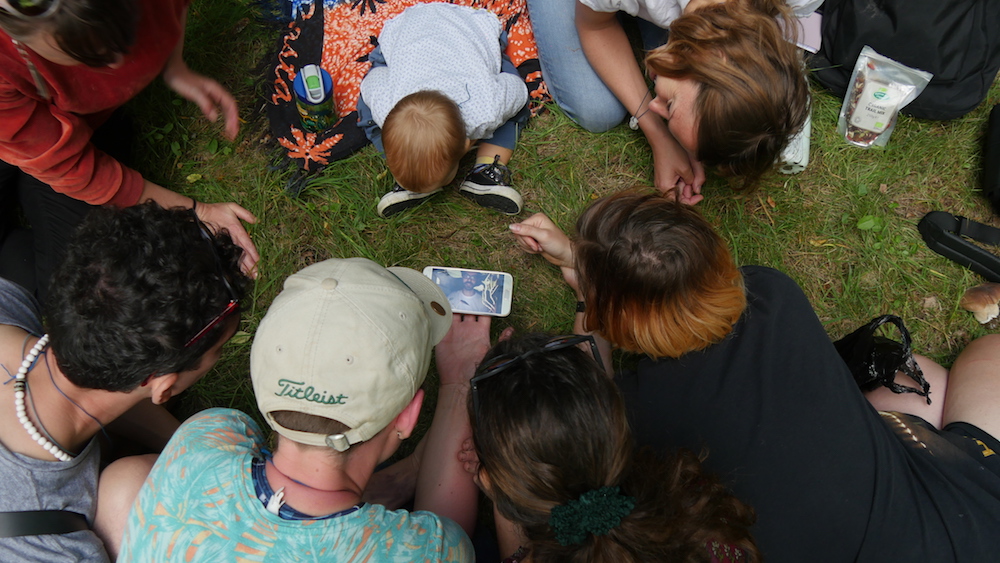 What are you working on now? Or what’s planned for the future development of your project?

We have been organizing Ghost Camps in the summer for some years now and that has been a huge inspiration. The format of Ghost Camp is to invite experts from the art field and beyond, alongside peers, to camp together for a couple of days. It has been a very useful tool to circulate ideas and approaches but also to check in with one another. In a sense that format has become a tool for collective speculations, myth-making and building radical left utopias. This mode has been following us outside of Ghost Camp. It is something we have been actively thinking and working on lately. This will materialize in more collective structures, on and offline, as well as a movie and different series of new works. 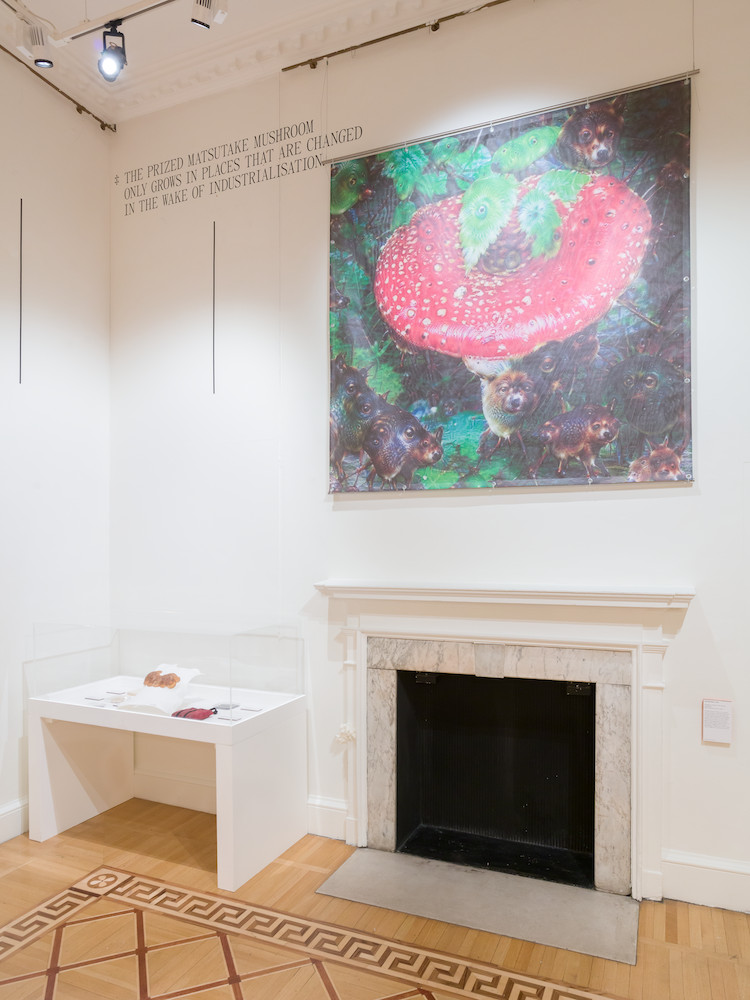 Five Amazing Tricks to Get Rid of Perception, 2016, as part of Mushrooms: The Art, Design and Future of Fungi at Somerset House. © Mark Blower

What would you say is the most exciting thing happening in the art world right now? How about some of those interesting practices and approaches you mentioned?

Our current patterns of being are under tremendous stress. This demands different types of production that are emerging in different layers of the art world and beyond. Strong community-centered practices and self-organized structures are pressuring the hegemonic powerhouses into change. However, their embedment in the neoliberal model makes their reformation particularly difficult and perhaps impossible. But numerous artists, collectives and initiatives are trying to incorporate an environmental and social approach that allows for a multitude of voices and identities to coexist. To name a few while acknowledging many many more that should be on that list:

We really enjoy when emotion and poetry take ground in a politically engaged practice, such as in the work of Paul Maheke. He recently published a beautiful letter ‘The Year I stopped making art’, which feels very timely with the current situation. When looking at collective approaches, OMSK Social Club’s interest in the ‘bleed’ in Larping (live action role-playing) as a potential space for emancipation is also a good example. They are also very good in pushing the exhibition format to its limit in regard to duration as well as in terms of how much engagement you can demand from an audience.

Auto Italia, a space in London, has been running an impeccable, uncompromising program for years. They have also been successful in building a sustainable structure that encourages bold and experimental exhibitions.

In Paris, the poet, writer and curator Rosanna Puyol, alongside Jessica Bambal, has been doing a terrific job in translating key theoretical and fictional books in French under her publishing house Brook. Many of these translated texts are long overdue and form an essential contribution to the french discourse, where untranslated texts are otherwise overlooked.

Want to be featured?

We're always looking for talented artists within our network 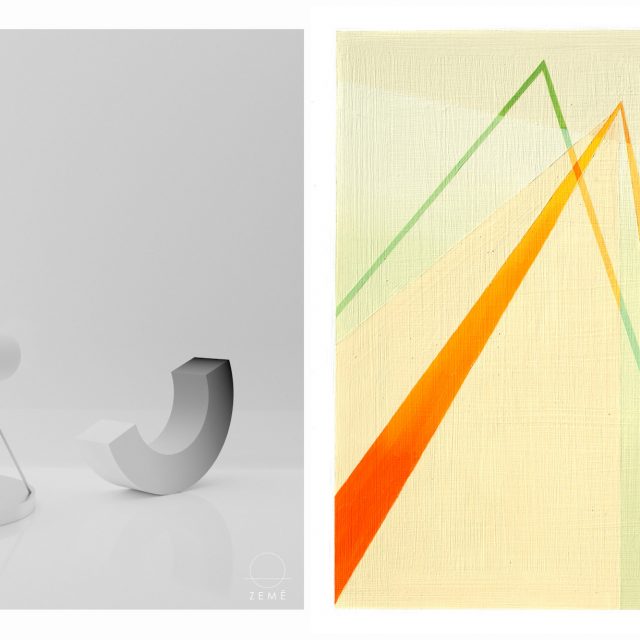 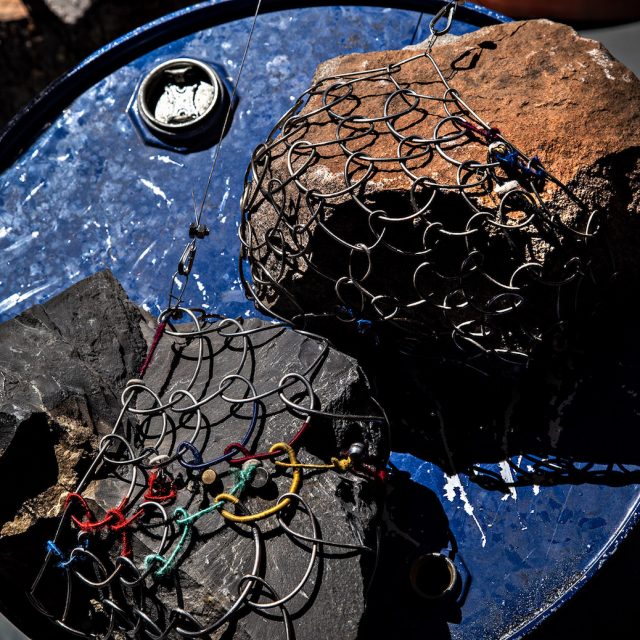 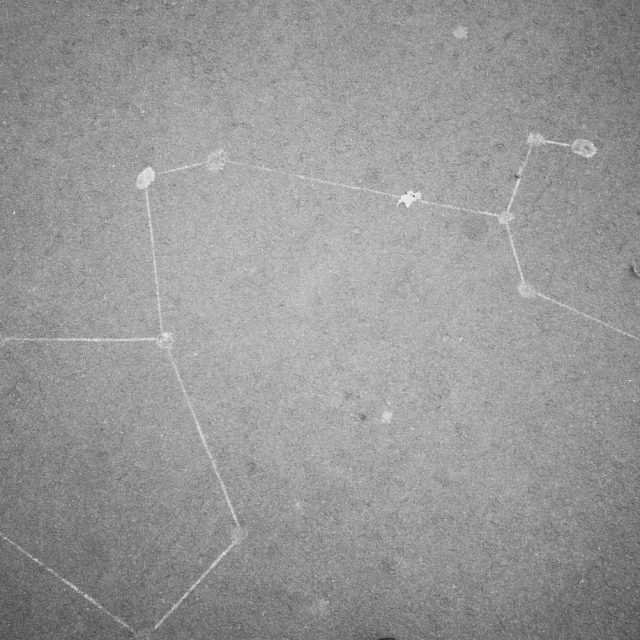