We’re bringing you our favorite projects from ARTCONNECT this week, featuring a selection of sculptural installations, animation, and photo series. 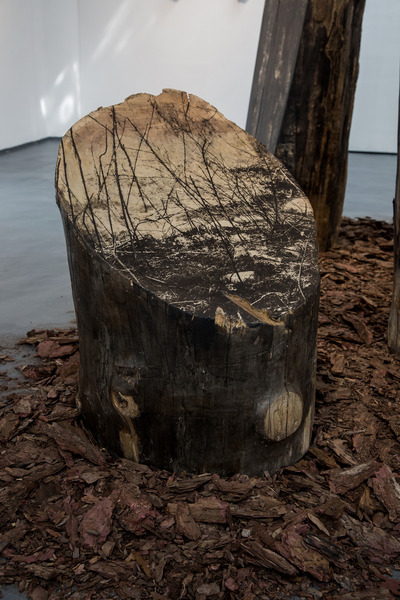 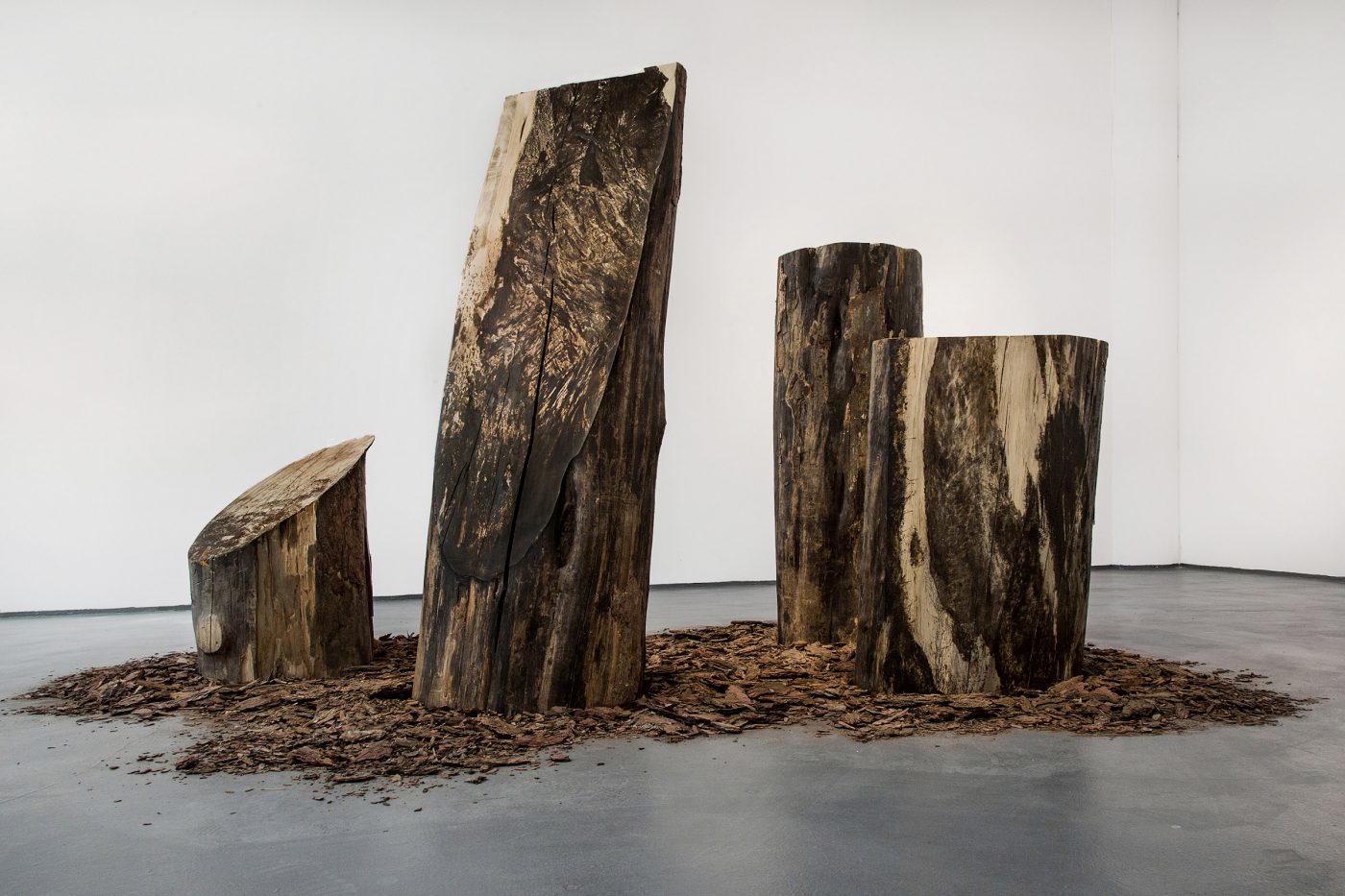 Bicheng Liang’s work focuses on the subtle traces of time beneath landscapes and natural materials, which leads to approach the exploration of the intuitive spiritual experience. Inspired by geology, ecology, and traditional Chinese philosophy, he uses organic materials such as rocks, petrified wood, logs, and plants to create. The texture, weight, color, temperature, and volume of an object, for him, are all the externalization of the time that it holds — a stone, a piece of wood, are all containers of time. In the work “Standing Trees, Weeds, Streams and Uplifted Rocks”, he screen-printed images of landscapes onto the profiles of the large woods to reveal the concepts of time that seem static yet grow and change slowly and surely and immortalize the insignificant moments in nature. As an immersive work, it engages people to walk into it, touch it, and even smell it. In the intersection and parallelism of the multi-sensory, our feelings synchronize within a fleeting moment.

Bicheng Liang, born in China, now lives and works in New York. He received his Bachelor’s degree in Fine Art at the Central Academy of Fine Arts where he developed the printmaking concept into multi-sensory space. He is an MFA candidate at Columbia University, specializing in visual arts. As an interdisciplinary artist, his work is multifaceted including large sculpture installations, photography, ceramics, and printmaking, focusing on the subtle traces of time in the landscape and natural materials. Liang’s work has been exhibited at museums both nationally and internationally, including Curatorial Practice in the School of Visual Arts (SVA), New York, CAFA Art Museum and Tsinghua University Art Museum, China; and International Print Triennial Society in Krakow, Poland. 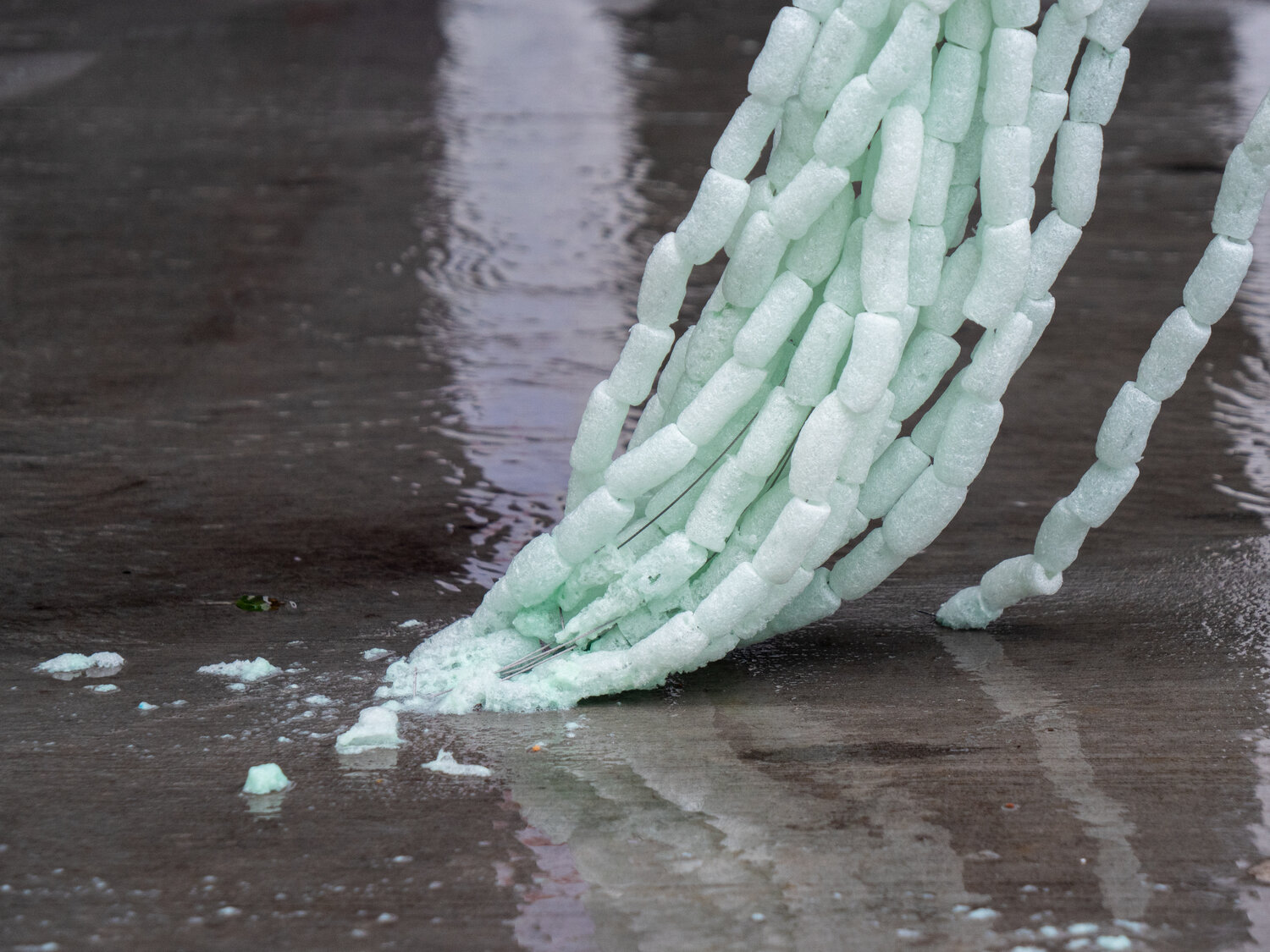 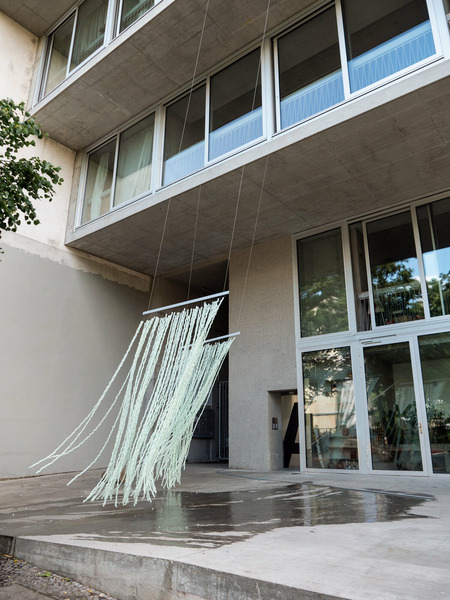 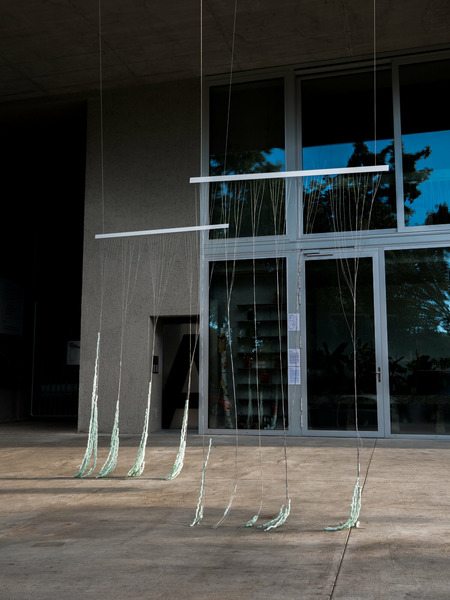 Daniel Hölzl (b. Austria, 1994) has been studying Fine Art / Sculpture at Kunsthochschule Berlin Weißensee since 2016. He did an exchange at University of the Arts London (UAL), Chelsea College of Arts for six months in 2019, and is currently based in Berlin.

Lichen is an alien beauty of resilience and fragility which grows incredibly slow from the perspective of a human. The world where the Moonwaker lives is where the stillness is a pulsating, breathing flesh, slithering through and suspended in an endless blackness.

Petra Hermanova is a visual artist exploring moving image through animation techniques developed in desire to embed and fold time onto itself. She has worked and exhibited in Belgium, Bosnia and Herzegovina, Germany, Hungary, Iceland and Norway, in institutions, exhibitions and festivals, including Tromsø International Film Festival, Kunstraum Düsseldorf, and Boiler Room, among others. 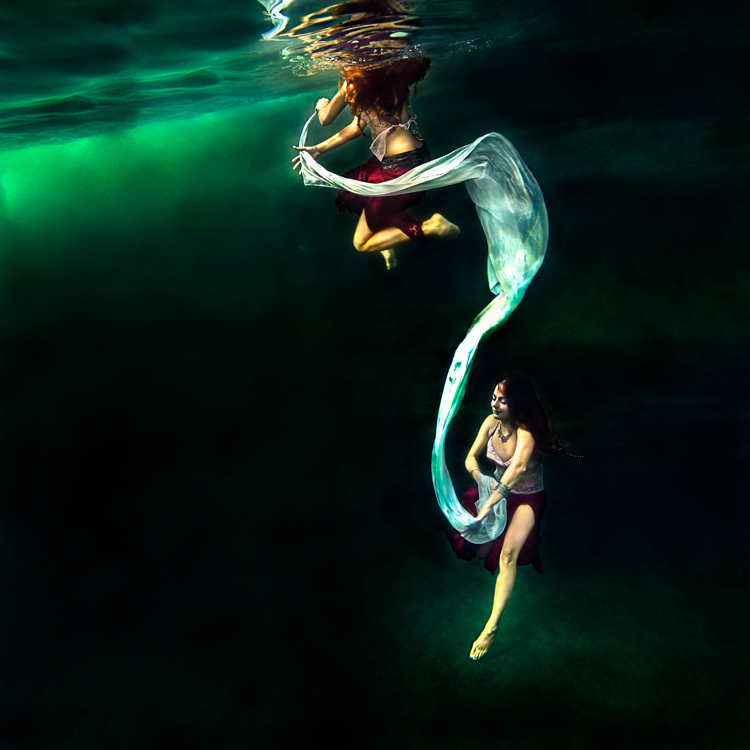 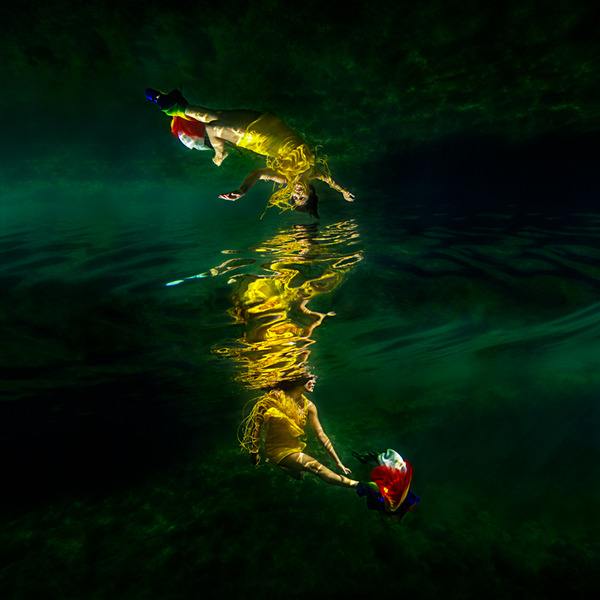 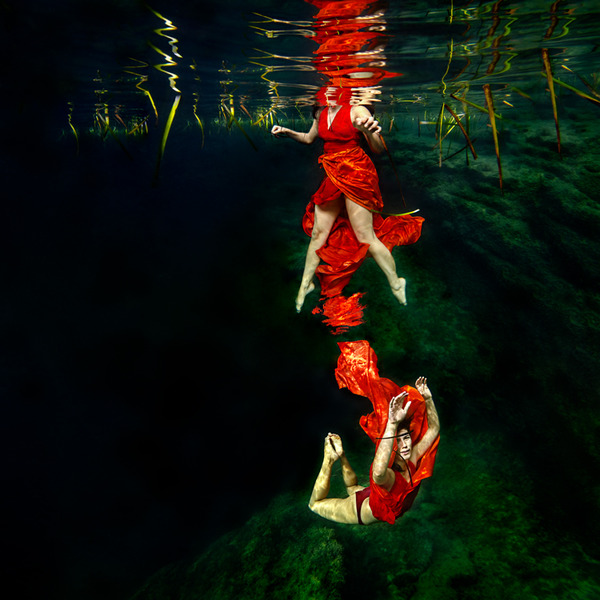 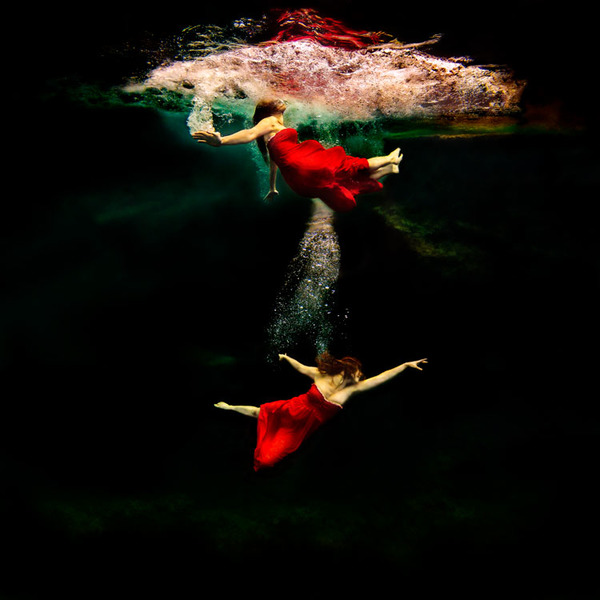 Prosoche. An Aesthetic Experience of Dance

“Prosoche” is the maintained attention that guides/facilitates creation — attention focused on the moment and the connection. Decisive moments, a progression of instants and captures of a relationship in the process of creation that will become a complete work in permanent transformation.

Frozen actions in fugues and fleeting frames, which revive a dance magnifying the vividness, the force, the colour, the natural environment, the prosoche; a fragmentation orchestrated and received in a new compound of photographic creation. “Prosoche” is the term used in Stoic philosophy to refer to the attitude and constant practice of mindfulness.

With Henri Cartier-Bresson in mind, this photo essay constitutes a collection of different “decisive moments” in progression. It is a confluence between two decisive instants of creation: dance and photography.

Underwater dance perfectly materializes the representation of prosoche, the only mental state where creation is possible. Thus, the dance with its perfect forms could well symbolize all the arts, and therefore, the potentiality of creation and the infinite possibilities that the creative process entails.

The prosoche is obtained with the conjunction of discipline, training and effort, giving way to a state of mind that enables moments of creation, an optimal state.

Sustained attention to the work transmits, through the empathic nature of the creation of art, the aesthetic experience and potentially generates that optimal state in the viewer. Observing works with attention — that is with “Prosoche” — grants the observer a mental state from which “everything is possible”; it is a gateway to the infinite possibilities of creation.

Beatriz Glez Sa is an interdisciplinary artist. She received a B.F.A + MFA from Barcelona University (UB), an MA (Ed) Secondary Education (UPC) and MFA Graphic Design, Master’s studies in Art Therapy and Psychology (B.A) (UNED). She was awarded a scholarship to study Photography at Nottingham Trent University (UK). She obtained the European “Leonardo Da Vinci” grant for professional training in the UK. She has been working using art with Alzheimer’s patients. She is a Guest Artist in Fotográfica Bogotá 2019 – (FotoMuseo). Her artwork series is part of the permanent collection of National Museum of Photography of Colombia. 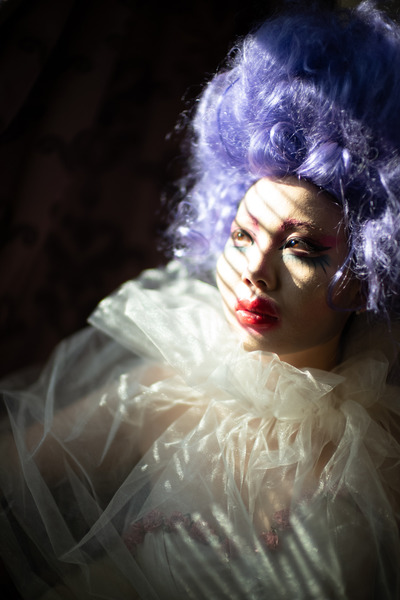 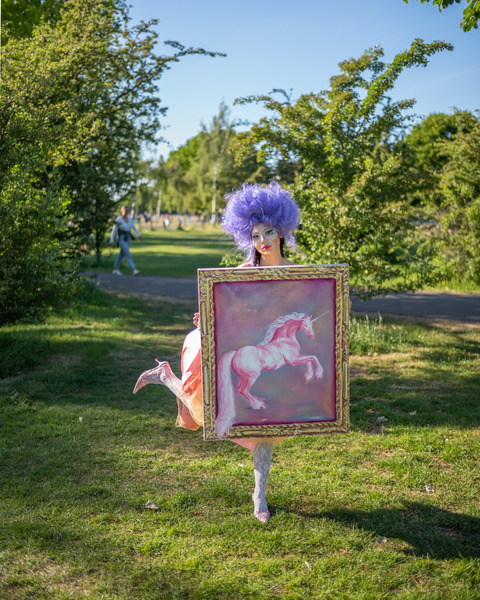 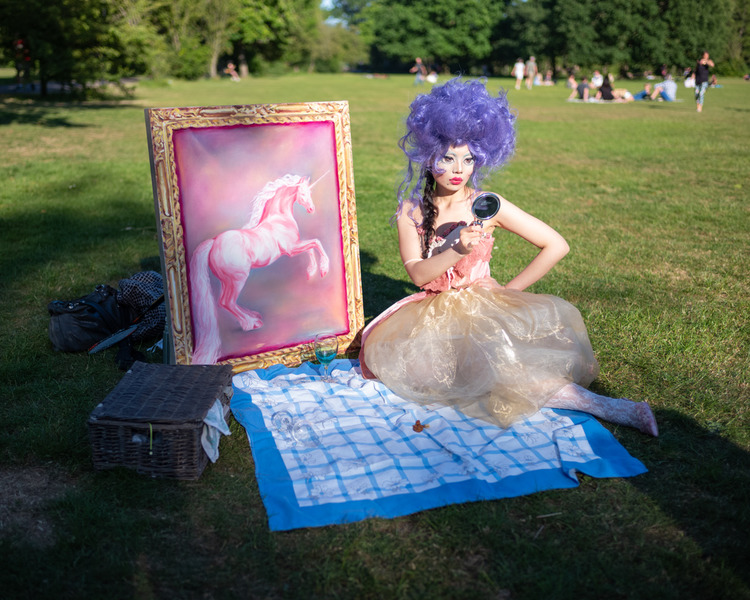 My passion of being who we are as individuals

“With this project I am exploring the passion of who we are as individuals; I am exploring my personal interests, fetishes and identities through my personal experiences and childhood fantasies. With make up and dress up, I achieve the person that I always wanted to become; through photography, I record who I am as a figure. I look into history, finding the things that are a part of our nature, like sugar — addictive, but we might like to shy away from it — as well as sexuality and body.

I consider that our actions are based on the actions that we have seen. Under a constructed identity, we put masks on and act with free will. The performative nature of my work allows me to use my body to bring fantasies into reality. I express the femininity of my body. As we are the only ones that we are going to live with for the rest of our lives, I decorate my body to express self love.

I believe in the power of the universe and the possibilities that open up when we let our imaginations run free. I can never get lost because I always have myself, but sometimes, I want to have some fabulousness.”

Yang Xu (b. 1996, Shandong, China) graduated with 1st Class Honours in BA Painting at Wimbledon College of Arts (2018) and MA Painting at Royal College of Art (2018-20). Xu is the Vice Chairman of UK – China Photography Association. She is the winner of Barbican Arts Group Trust Artwork Open 2019, followed by a solo exhibition ‘100 Carat Diamond’ (2020). Xu has been nominated in many prizes including Contemporary Young Artist (2020), The Signature Art Prize (2019). She received the Highly Commended Award at the Air Gallery Open (2019) and On the Mountain We Stay Residency (2019) supported by No Space Organization in China. She was also shortlisted for the Clyde & Co Art Award (2018) and Whitechapel Gallery First Thursday University Competition (2017). Xu has contributed to collaborative art projects ‘Imaging Technologies’ with Painting Research at Wimbledon College of Arts at Tate Modern (2017) and ’Here She Comes’ with Monster Chetwynd at Royal Festival Hall (2016). Her works are collected in China and Europe. 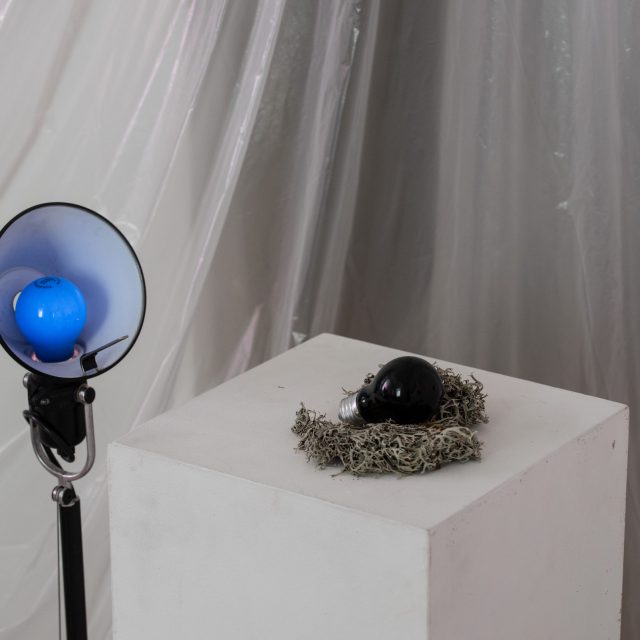 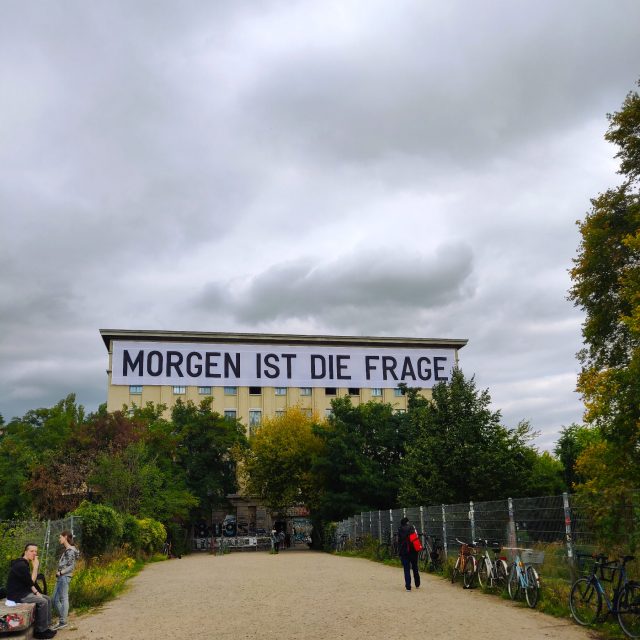 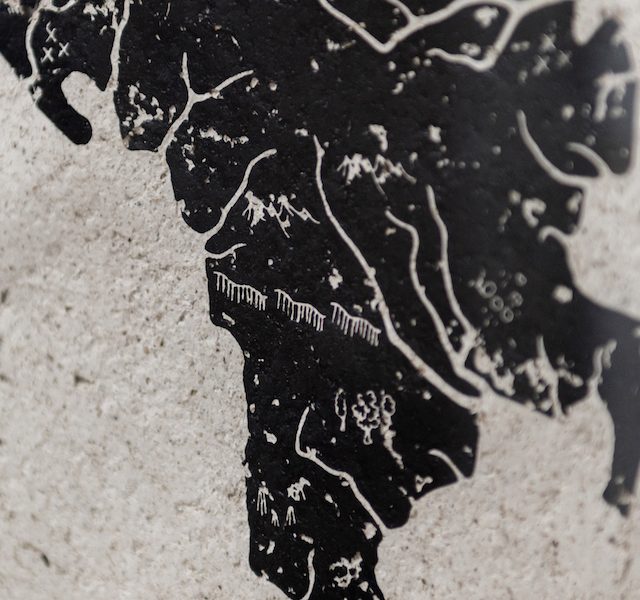 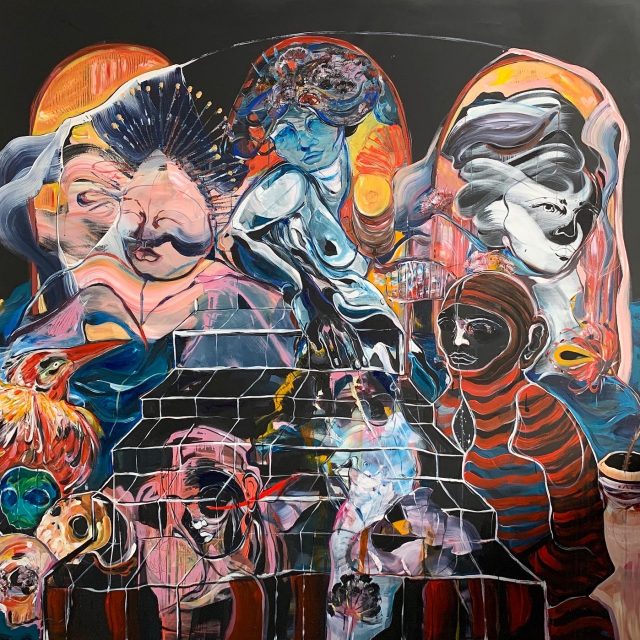