Dive into the week with a selection of our favorite projects on ArtConnect — including painting, mixed media, photography and architectural illustrations.

Maik Schierloh is an artist, curator and organizer based in Berlin. He studied art at the University of Applied Science Ottersberg, Germany, and, upon moving to Berlin, initiated a number of art and cultural projects. Among these is AUTOCENTER, a non-profit space for contemporary art, which was founded in 2001 and operated until 2018. He is also founder of Bar Babette project space, which since 2018 takes the form of a cafe based out of the Sudhaus at KINDL – Zentrum für zeitgenössische Kunst. 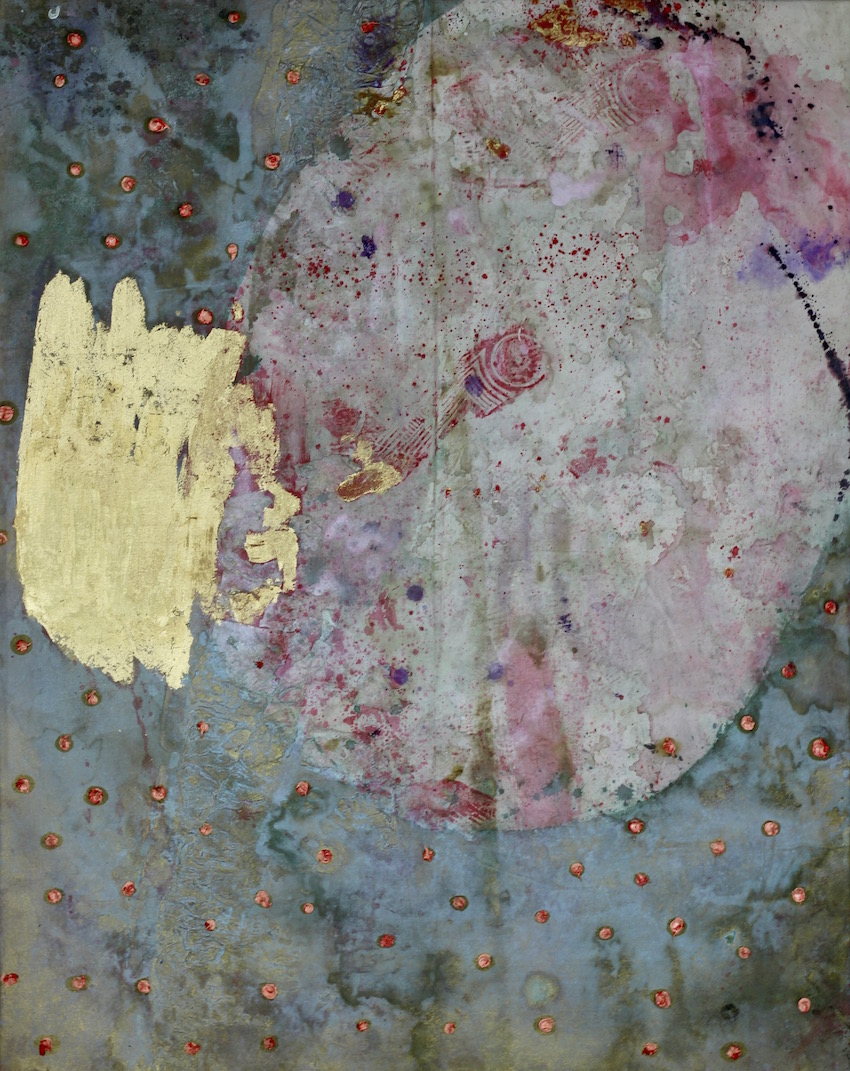 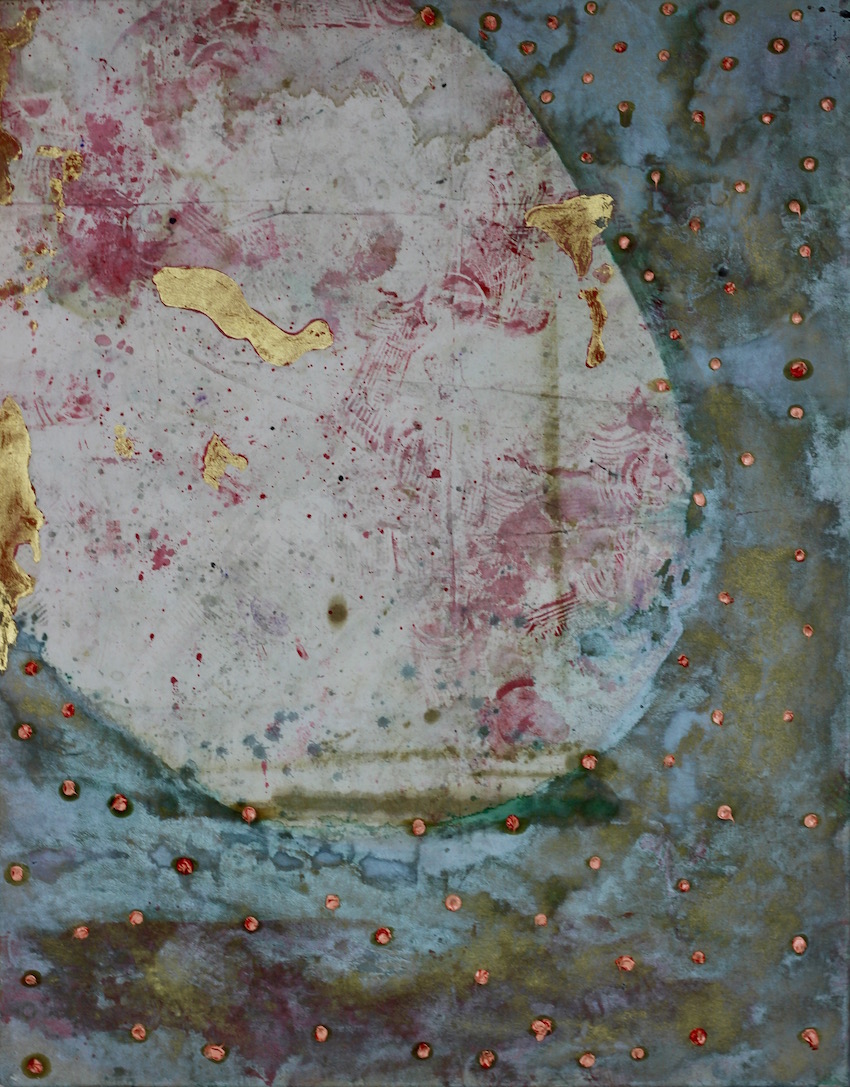 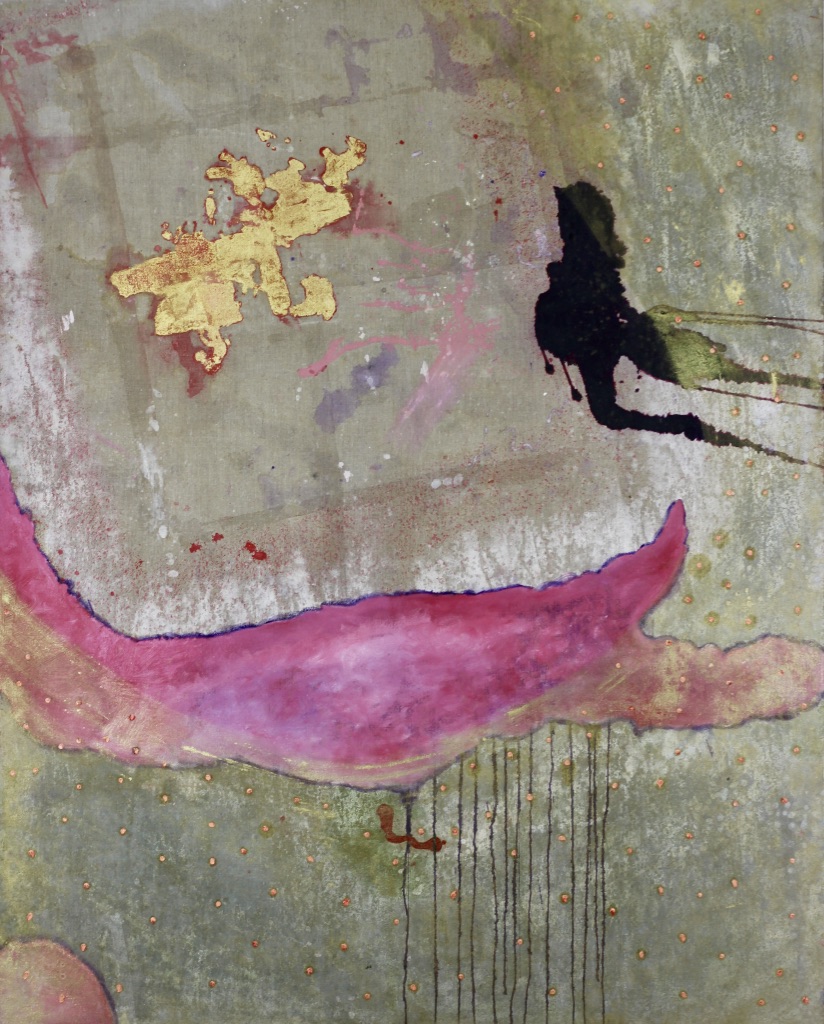 Gabrielle Vitollo’s paintings visually interpret corporeality, scientific data, and contemporary technologies. She is influenced by the German and Italian Renaissance’s scientific investigations of painting in relation to the natural world, and the German Romanticists’ Doctrine of Synesthesia, by which all artistic disciplines are combined for a sublime art viewing experience. Both rationally structured and intuitive, her paintings manifest into wall paintings, animations, and large stretched canvases through the use of digital tools including projections, colored gels, After Effects, and Photoshop and modern paint materials including fluorescent and metallic acrylics, as well as glow in the dark paint. By incorporating digital technologies and painting on floors, walls, and ceiling, Vitollo attempts to reexamine the possibilities within painting. Her vibrantly colored, cryptic symbology is inspired by formal language found in tattoos, graffiti, band graphics, and art history as she is interested in dismantling hierarchies within low- and high-art cultures. By working on an ambitious scale and utilizing reconstructive processes, her paintings are optimistic gestures of transformation and rebirth.

After completing an MFA in Studio Art from New York University Steinhardt, Vitollo moved to Berlin in 2018 on a Fulbright Research Grant. She recently received a DAAD Stipendium for 2020-2021 in order to research scientific data for her paintings. 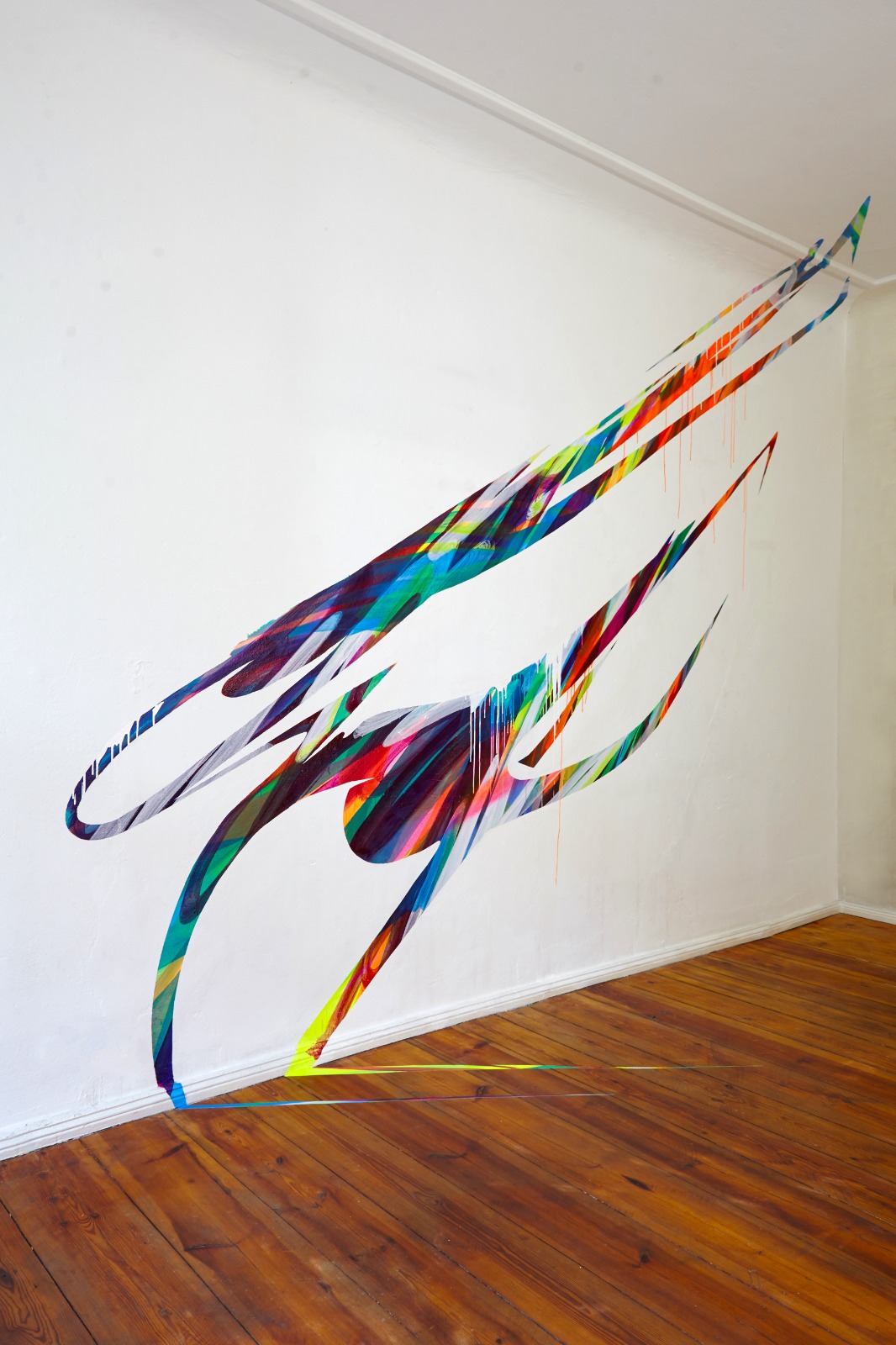 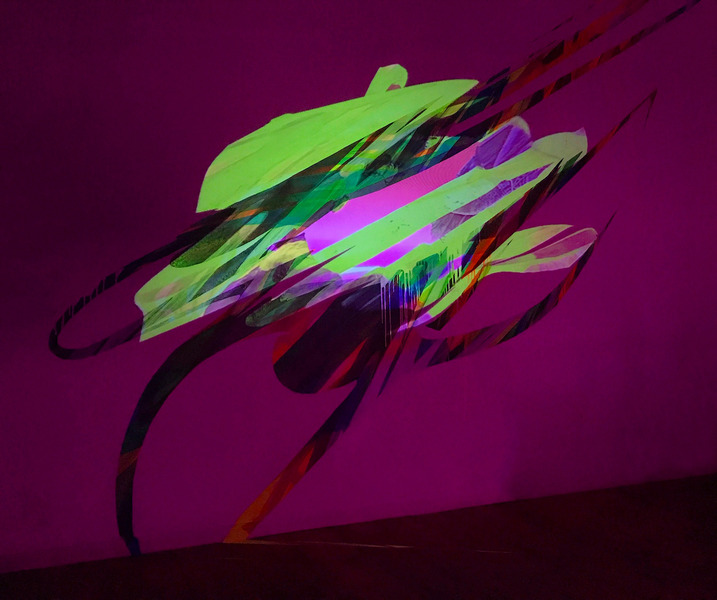 The site is a funeral complex located south of the Caribbean island of Puerto Rico. The project proposes new rituals to remember our deceased in order to challenge traditional funeral customs. Instead of commemorating death through a static monument that depersonalizes and segregates the dead – such as mausoleums, tombs, crypts, and cemeteries – Crossarium implements a speculative architectural typology where land, landscape and structure are the monument. The idea of acts of care towards the land – found in the crosses on the roads of Puerto Rico – is used by family members to honor their dead; at the same time, these acts serve to regenerate a site affected by years of modern capitalist and industrial practices.

The site is in what are nowadays the premises of the AES thermoelectric power station in Guayama. The plant has been the center of attention since came to light the environmental and health problems the ashes – product of the coal burning process to generate electricity – represent. Using the Land Act of 1941 in Puerto Rico, we envision an amendment based on land uses to honor and protect the crosses that are already on our roads and give them a permanent space in Crossarium. This amendment recognizes the right to property – by means of appropriation in the form of acts of care – of the land occupied by funeral monuments in the form of crosses on the roads of Puerto Rico, to the family members or persons who have taken on the task of remembering and keep these ‘sites’ for years. In turn, the amendment gives the government the right to expropriate the lands of the AES to be divided into parcels and distributed among said relatives and people, thus creating Crossarium. Once claimed and the presence of acts of care is verified, the sites of the crosses are removed from their original place to be transferred to Crossarium.

Crossarium is a sort of garden that fuses agricultural practices with different funeral traditions found in Puerto Rican popular culture – including among these road crosses and Baquinés. The garden has an Ornamentalium, where relatives and visitors can acquire all kinds of decorations such as flowers, candles, toys, plants, among others; an Educational Center where the new generations learn about the practice and cultural heritage of building crosses by the side of the roads, at the same time participating in the process of caring for them; a Crematorium that seeks more sustainable methods of remembering and treating our dead; the Baquinés, inspired by the popular festivals in the Afro-Caribbean culture after the death of a child to celebrate life; the Sphere as the central point of the project that serves as a spiritual space; the observation bridges product of the preexisting structures of the thermoelectric plant to transport coal; and finally the Terrariums, a proposed structural grid on the existing mountain of coal and ashes where ornaments, ashes, acts of care for the land, agricultural practices, and crosses and sites come together to form a new topography that is the product of new practices implemented in this speculative typology

José Néstor Rodríguez is an architectural designer, writer and photographer from La Havana, Cuba, currently living in New York City. His work as designer and writer has become a way of communicating and paying attention to social and cultural concerns, engaging in a constant fight against indifference.

His main intentions are to break barriers, collaborate, and make global connections between the people who experience and partake in the creation of his work. He believes that the uncertainty of modern times is only a small obstacle when compared to the tenacity of the human mind. 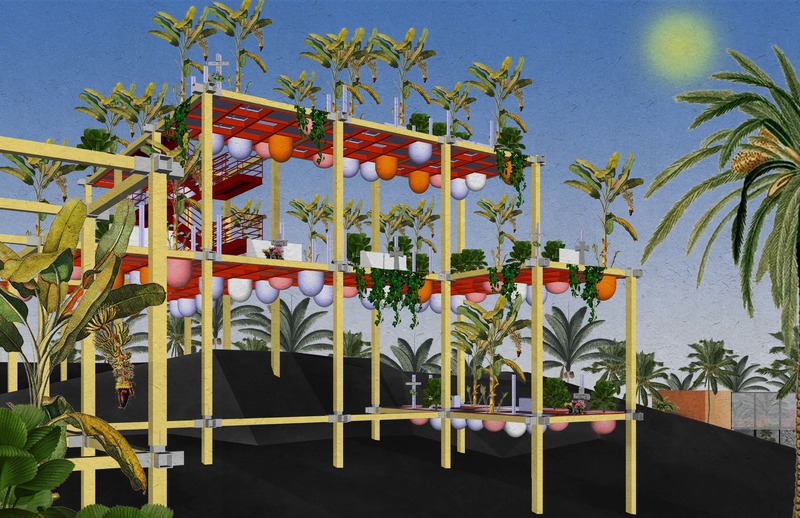 The general idea of the series is to search for the connection between feelings of nostalgia, the fascination of nature, and the intriguing power of female eroticism. In a rediscovered artist’s childhood sanctuary – Sulejów – a little village where her father grew up and where she spent most of her childhood holidays she depicts women in the same summer house and surrounding landscapes.

Joanna Szproch is an artist and academic with intuition to express ‘color’.  She works with the female character and tries to reach a balance between the innocent and vulgar. Allowing spontaneity is the counterpoint to her meticulous work preparation. The erotic atmosphere is a duality; on one hand bold and edgy, on the other vulnerable and self-aware. She lets herself be guided by the individuality of her subjects, following empathetically their urge to express sensuality. The uninhibited environment to self-exploration is the central component of her work. She completed her Master studies at the Faculty of Graphics and Painting, Diploma in Photography, Strzeminski Academy of Fine Arts, Lodz in 2014, and between 2016-2018 was a lecturer at the HTK – Academy of Design in Berlin, where she taught a seminar entitled “Photography and Art Direction”. Her work has been featured in exhibitions in Germany, Italy, France, and Poland. 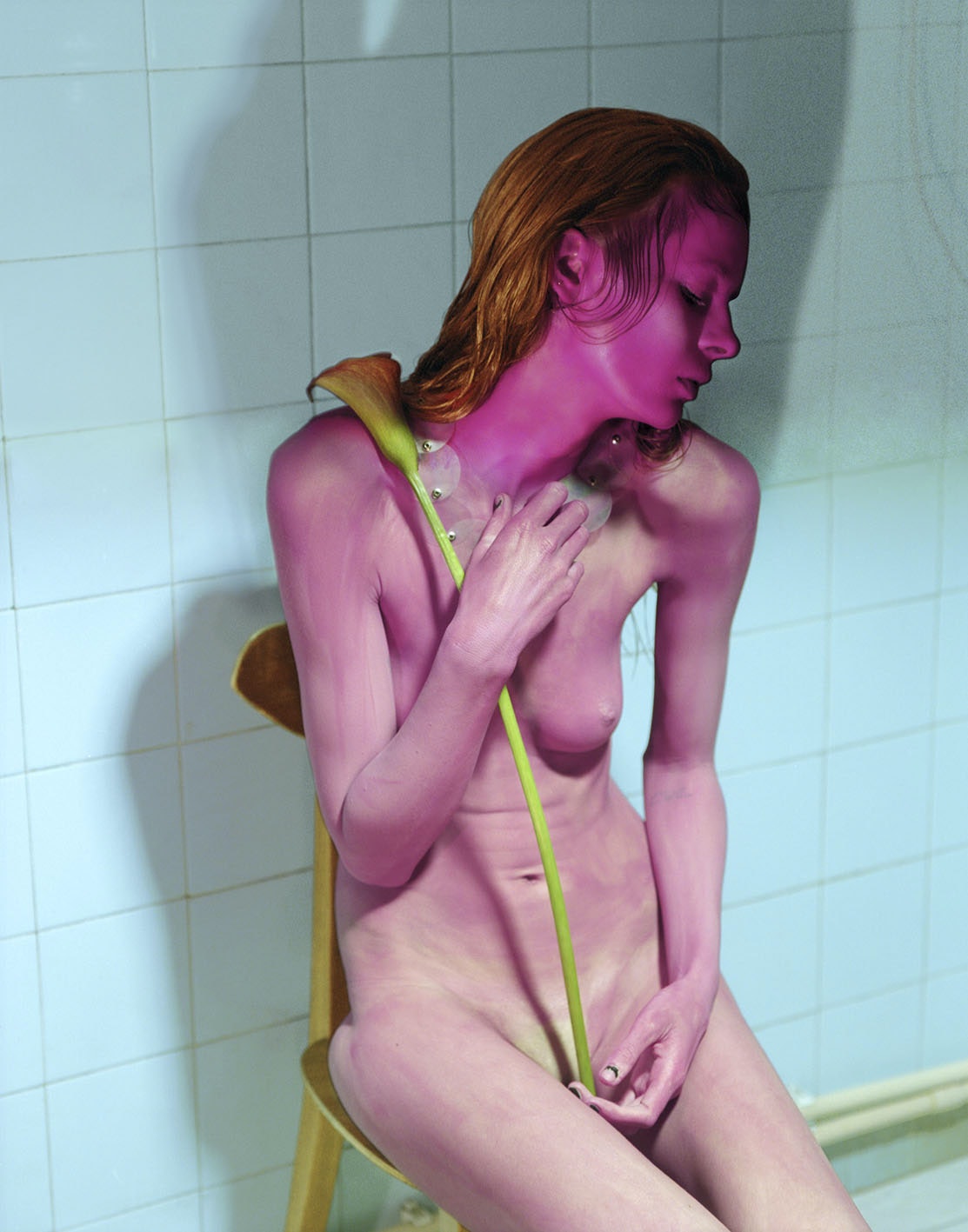 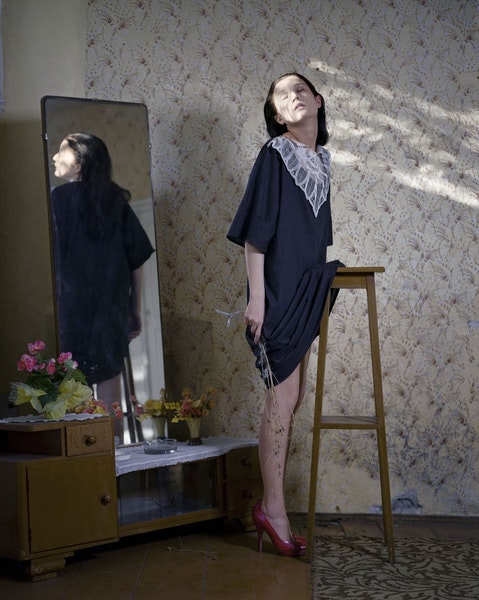 Fantasy of Female by Joanna Szproch 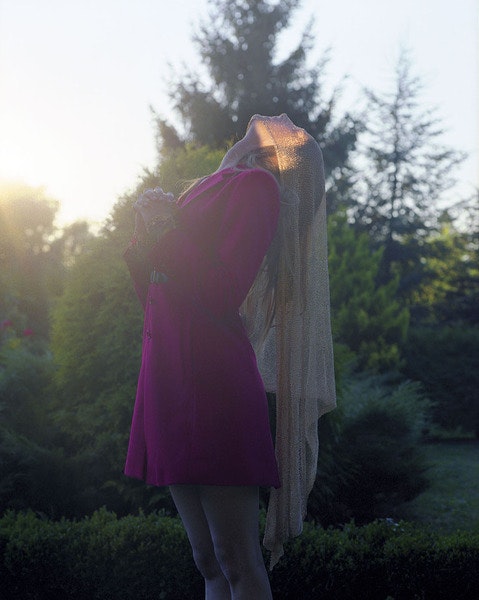 How do we fix earth? We just patch ourselves forward.

Christian Perdix lives and works in Berlin, Germany. He studied painting at the University of Applied Arts Vienna (MFA 2013), the Academy of Visual Arts Leipzig and the University of Art and Design Linz. In 2013 he was awarded the Franc-Vila-Prize and held a studio scholarship at das weisse haus in Vienna, Austria. Christian Perdix was Artist in Residence at the Center for Contemporary Arts in Andratx, Spain (2014) and the Teton Artlab in Jackson, Wyoming, US (2018). Most recent exhibitions include ZAK – Zentrum für Aktuelle Kunst and Galerie Kornfeld, Berlin (D), Kunstraum Potsdam (D), FAIT Gallery, Brno (CZ) and Kunstverein Tiergarten, Berlin (D). 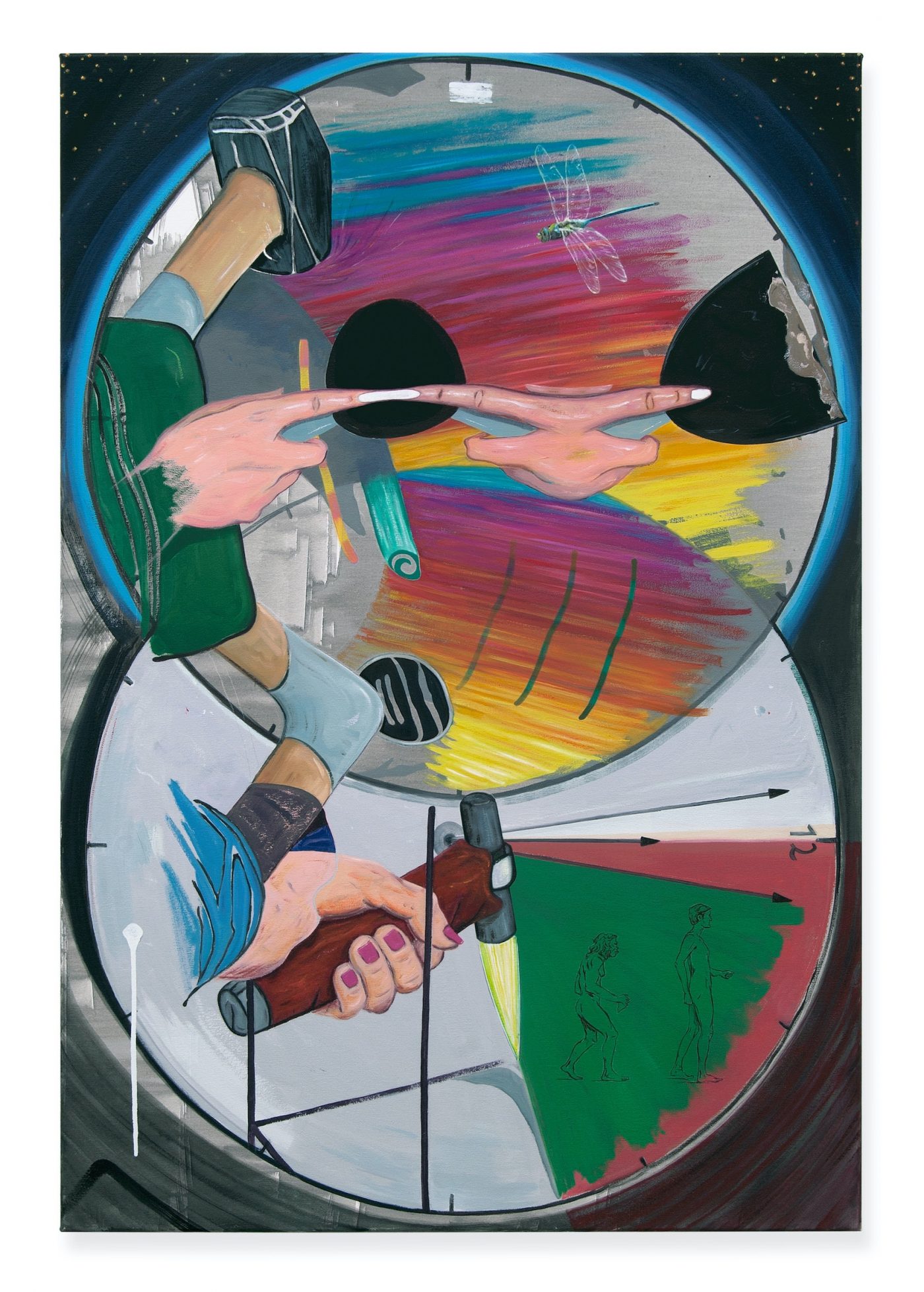 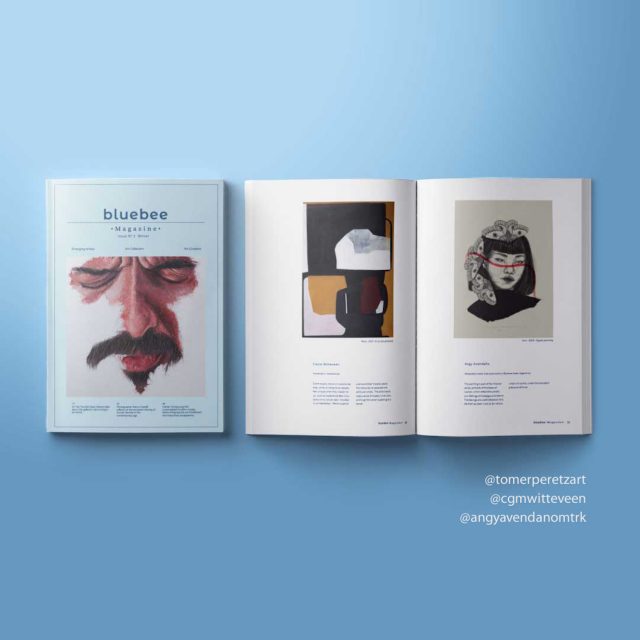 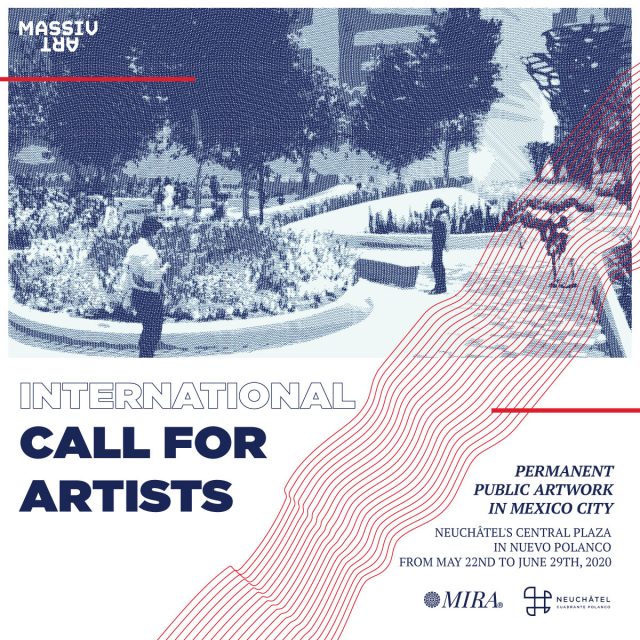 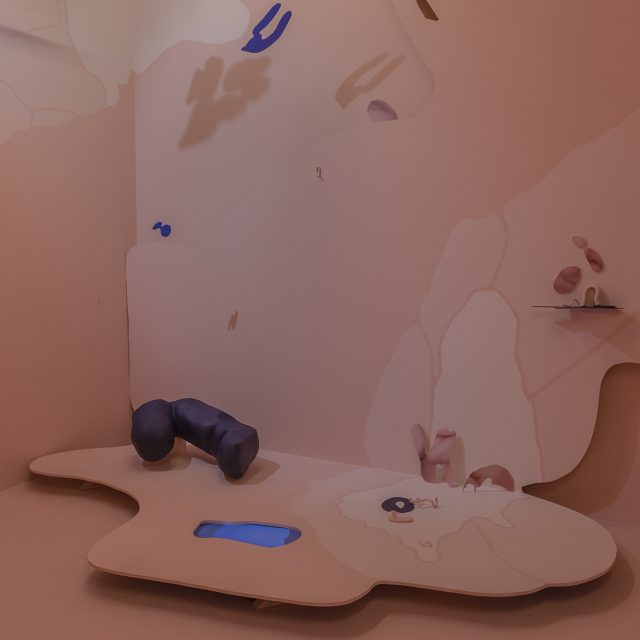 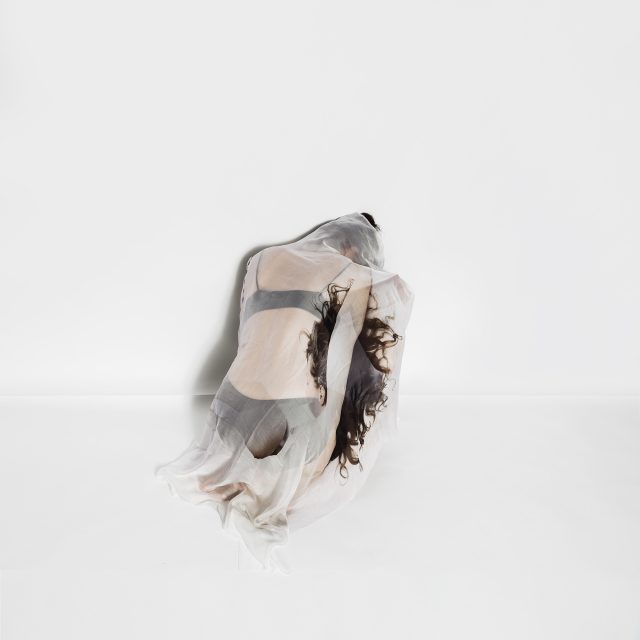