We’re bringing you our selection of favorite projects this week on ArtConnect, including performance, installation, works on paper, painting, and mixed media.

by Hector Canonge and Verónica Peña

Hector Canonge and Verónica Peña are interdisciplinary artists with a focus on Performance Art. Peña (Spain/United States) and Canonge (American, born in Argentina) live and work in the United States, and they have been collaborating in various projects internationally since 2016. TELEPRESENCIAS is their first collaboration fully developed, produced, and presented through an online platform. Different from their habitual methodology where the artists meet and physically test concepts, materials, and movements, TELEPRESENCIAS, in its lack of physical presence, challenges the artists’ corporeal relations and somatic exchanges.

TELEPRESENCIAS is a collaborative performance that uses physical distance and digital presence to explore possible extrasensorial connectivities between two people living in different cities. The performance develops as the artists engage in a series of intuitive actions while they try to synchronize their thoughts. Delivered through an online media platform, TELEPRESENCIAS investigates the possible corporal synchronicities or discordances that may occur between the artists’ simultaneous and unpremeditated actions. The digital platform encapsulates the artists’ separate, yet interconnected, realities in order to construct the wholeness of the performance for the virtual audience.

Hector Canonge and Verónica Peña met in 2014 during their participation at the Month of Performance Art in Berlin. After presenting work independently in the United States, and coinciding in various programs in Europe and Latin America, they decided to collaborate in a series of works exploring themes of identity, migration, intercultural exchange, and human cohesion. As collaborators, since 2016, they presented their work in the United States and abroad. In New York City, they have performed: Groovink in Art In Odd Places Festival; Lazos (Entanglements) at Bronx Academy of Arts and Dance, and Last Frontier NYC; De lo Sano (of the Sane) at Knockdown Center, De lo Posible (of Possibilities) at Triskelion Arts; De lo Ajeno (of Others) at Queens Museum, and Rabbithole; De lo Lejano (of the Distant) at Panoply Performance Lab; and De Lo Nuestro (of Ours) at The Woods Cooperative. Their collaborative work was shown in their exhibition UNDER OUR SKIN: Body and Territory in Performance Art at the Patti and Rusty Rueff Gallery, Purdue University, Indiana; and HORIZONTES (Horizons), at Salisbury University Art Galleries, Maryland, United States.

In Spain, as part of their project Derivas y Jornadas, they presented their work at Fundación BilbaoArte, Bilbao; Festival Intramurs, Valencia; Tabacalera, Madrid; La Grey Gallery; Tarragona; and La Gota de Leche, Logroño, among others. In Portugal, they performed at Zaratan Arte Contemporânea, and at Ana Lama Gallery. In 2018, their performance work was featured at La Friche la Belle de Mai, Marseille, France, and they were invited to create an installation for the land art residency program Arte en la Tierra, La Rioja, Spain. The artists are currently working in an upcoming catalogue of their work to be introduced in a future exhibition in 2021.

During a period of 40 days I collected my morning urine and mixed it with coal pigment; the reaction between the pigment, the hormones in the urine and urine itself was captured by cotton paper. These 40 days ended the day I went to the hospital to deliver my daughter.

The project “Antes de la Oxitocina” (before the oxytocin) show the psychological and corporal violence to which a woman is subject during pregnancy. The exhibition opened on September 17, 2020 at the Mexican Cultural Institute in Vienna.

Guadalupe Aldrete, formerly known as Lala Nomada, is a Mexican multidisciplinary artist based in Vienna. Her work focuses on exploring methods to capture images which relate intimately to her past and present. Although autobiographic, her work is not about herself but about an individual that represents a bigger group of people undergoing similar issues. Her artworks result from processes involving various visual media, which are sometimes performed in front of an audience, captured on images or shown as part of installations whose purpose is to prompt the audience to interact.

Guadalupe is mainly active in the field of performance art and installation. Trained as a plastic and visual artist, also participated in several performance workshops with internationally recognized artists (Jürgen Fritz, He Chenyao, BBB Johannes Deimling, Antoni Karwowski, I. Keiner, Zierle & Carter, Zhou Bin, W. Costa, Peter Kozek, among others). In 2018 she finished the master’s program “Art & Science” at the University of Applied Arts Vienna.

Her work has been presented internationally in solo and in collaboration projects. She has participated in art events such as the inauguration of the Museum for Modern and Contemporary Art in Rijeka (HR), “18. Pancevo Biennale” (RS), “Valleta 2018” (MT), “UP ON” (CN), “Mothers’ Tongue” (FI), “CREATURE Live Art” (LT), “Arizona Between Nosotros” (US), “Crossover” (DE), “Dugtungan” (PH), “Blauverschiebung” (DE) and “Performing Sciences” (DE) among others.

This piece is here bc sex sells, as a symbol of whatever sells, its sex here but it could be your attention, it could be hotcakes, it could be your labor. it could be form and no content at all, but the algorithm favored it bc clickbait strategy means noticing your eyeballs’ movement. and human nature is further disfigured by its own proclivities. the metaphorical reciprocal hug tightens.

Is it possible to free your mind from the desires of the body; is this a liberated and civilized society?

Shown at Exgirlfriend gallery in November 2018 and September 2020 during Berlin Art Week.

Maansi Jain (b. 1992) is a Berlin-based artist and photographer specializing in documentary and conceptual projects. She was born in Munich and grew up between Paris (FR), Texas (US) and Delhi (IND) before undertaking studies at the Sorbonne, New York University in NYC, Paris, and Berlin, and at the University of Pennsylvania.

Her colorful, energetic imagery examines power structures and universal desires through play and has been published and exhibited widely in Europe and the United States. She often mines personal imagery and private moments to explore the ways in which images can shatter shared realities and broader notions of consumption, identity and cultural hegemony. 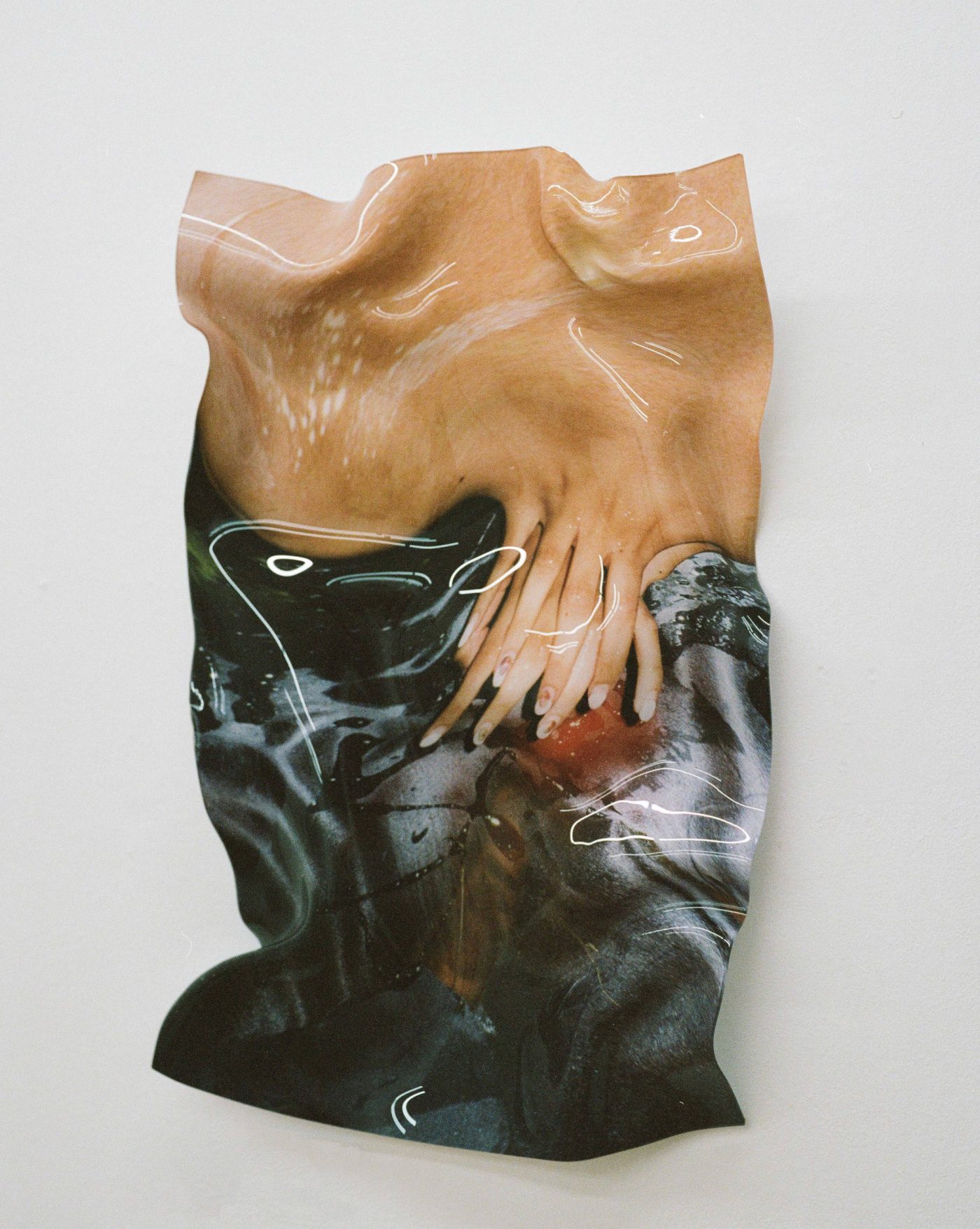 The painting represents a spell, and like any good magic spell, it is comprised of a few key elements: Something mundane (the upholstered furniture element), something extraordinary (the white red-tailed hawk), something in transition (the pink to white gradient), and a rift or break in reality from which the other elements arise (the gaping black hole).

In essence, the piece is a visual representation of magic.

Born and raised in Chicago, U.S.A., Sarah Kretchmer studied art at the College of Fine and Applied Arts at the University of Illinois (Urbana-Champaign), where she received her Bachelor of Fine Arts. She lives and works in Berlin, Germany. 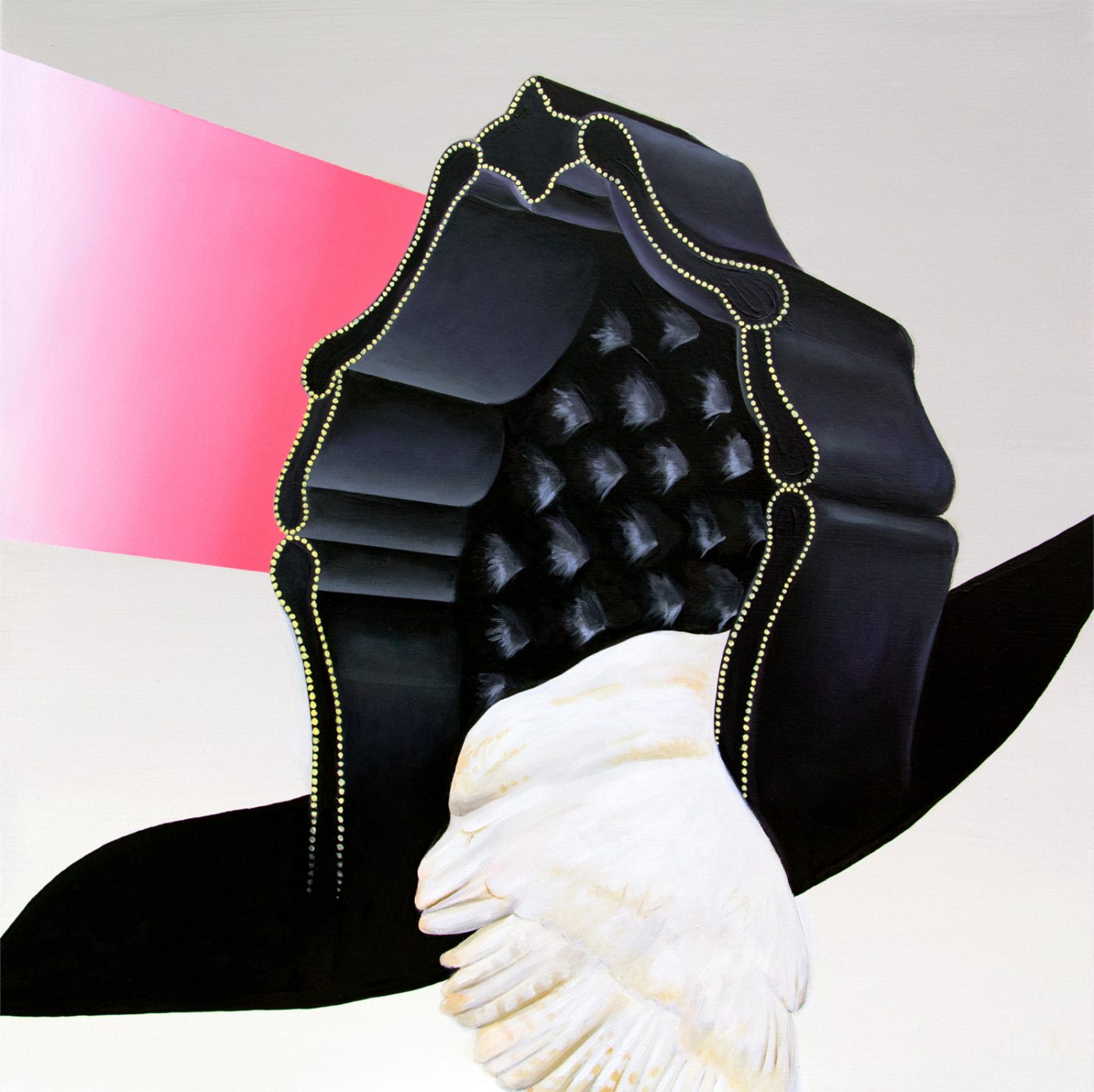 Our memories are fading away, and getting blurry, just like these burning, melted sheet film negatives. Sometimes we can pick up the pieces easily, sometimes we can’t remember anything, just some small details or blurry, vanishing pictures, doesn’t matter how hard we try it. With this installation I wanted to create something what recalls these feelings.

Katalin Száraz is a Hungarian fine art photographer, based in Paris. Kata loves to experiment at the border areas of photography. Her works are thematically focused on memories, the issue of home through personal storytelling and the creation of fictional realities. Her approach encompasses creating cinematographic staged photography, working with archaic techniques, but building installations as well – depending what is the best tool to express herself, and what it takes to create the demanded atmosphere.

Share your work, find opportunities, and connect with the art world 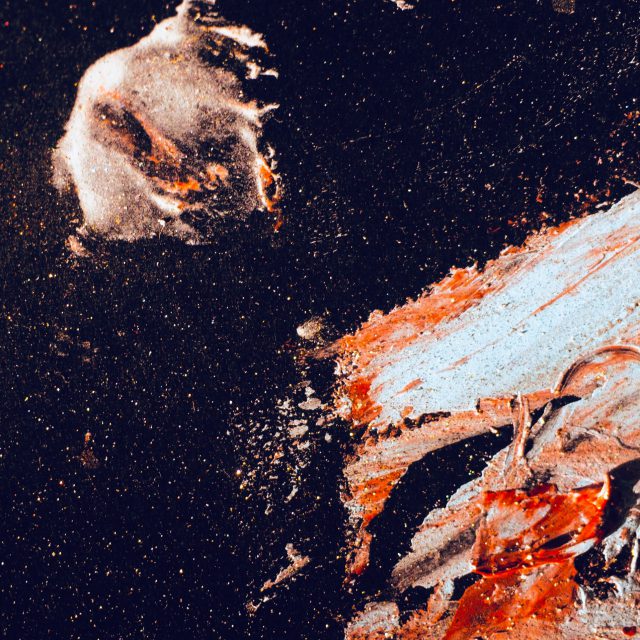 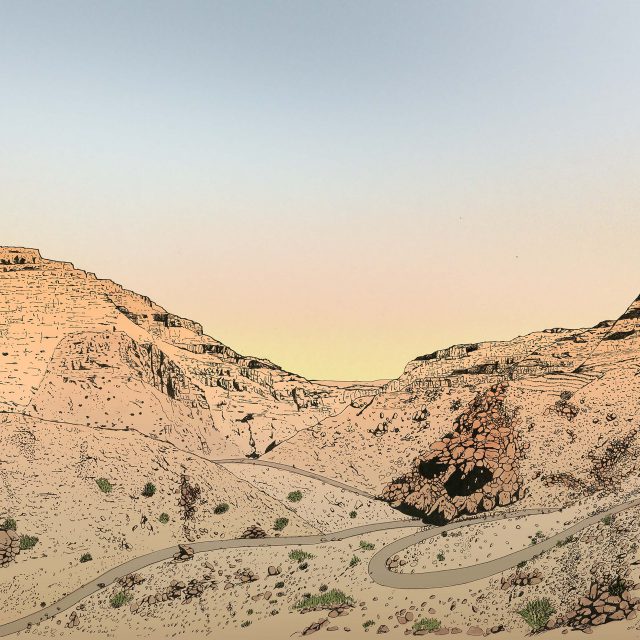 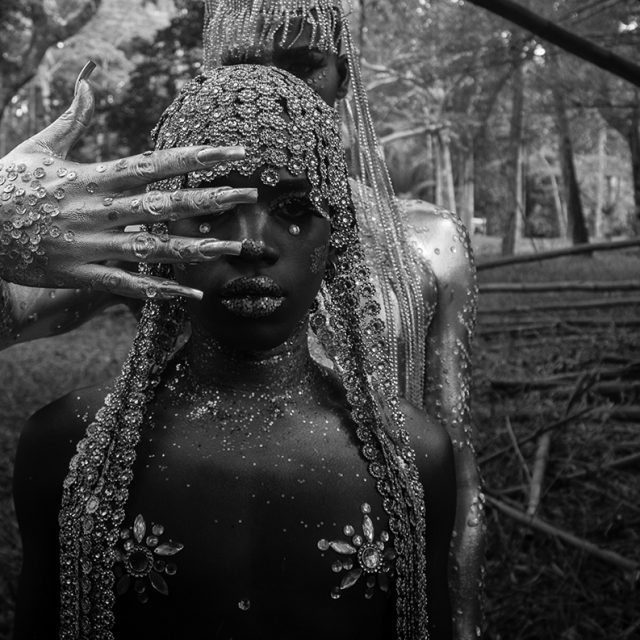 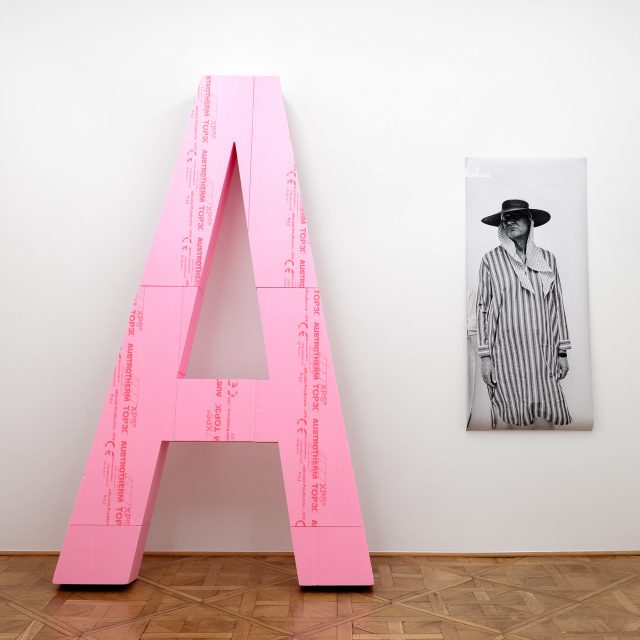