Decolonizing Art Institutions: The Museum and Beyond

The topic of decolonizing the art world is certainly not a new one, but with the recent rise of global protests in the fight against institutionalized racism, it has received increased attention — with many art institutions issuing statements of solidarity and messages of inclusivity. But without concrete terms of action, institutions’ statements have been called out as performative — made without rethinking the role of the institution and enacting change on a structural level.

In a July interview in Frieze, co-founder and editor-in-chief of Contemporary And (C&) and Contemporary And América Latina (C&AL), Yvette Mutumba stresses: “Organizing an exhibition, conference, panel or performance on ‘decolonization’ and then moving on to ‘the next topic’ is not enough. As is not throwing around and overusing such notions until they lose their meaning.”

Decolonizing, as has often been pointed out, is different from diversifying. Many art institutions, museums and universities have received criticism for their lack of action against or perpetuation of the structural racism and colonial legacies that they have been built upon and have yet to reckon with.

At Tate Britain, a racist mural covering the walls of its restaurant — The Expedition in Pursuit of Rare Meats (1927) — by Rex Whistler, after whom the restaurant is also named, was called attention to in August by the art critic duo The White Pube. A petition was initiated to either have the mural removed or the location of the restaurant changed entirely. Responding to the museum’s description text acknowledging the racist imagery, which was placed on site at the restaurant last year and has since been added to the website, the petition organizers state: “the fundamental point of a high class restaurant (used primarily by an older white demographic) being installed with art of this horrific nature, is not being acknowledged as the harmful and hateful issue it is”. They emphasize that acknowledgement of the mural’s racism does not undercut the fact that its presence in this setting ultimately perpetuates what it represents and therefore does not address the issues at the museum’s core.

Towards the Decolonization of Art Institutions

Yvette Mutumba has also recently been appointed a curator-at-large at the Stedelijk Museum, along with Adam Szymczyk, the artistic director of Documenta 14 (2017) — one of the steps the museum is taking to reevaluate its programming, research, acquisitions and collections, along with, according to Frieze, devoting at least 50% of the acquisition budget to works by artists of color or of a non-Western background. One of the museums to react to the Black Lives Matter movement in June, the Stedelijk Museum is also part of a new collaborative network of institutions in the Netherlands, called Musea Bekennen Kleur. Musea Bekennen Kleur was initiated in March 2020, with thirteen participating Dutch museums: Amsterdam Museum, Bonnefanten, Centraal Museum, Dordrechts Museum, Frans Hals Museum, Museum Arnhem, Museum Het Rembrandthuis, Nationaal Museum voor Wereldculturen, Rijksmuseum, Stedelijk Museum Amsterdam, Van Abbemuseum, Van Gogh Museum and the Zeeuws Museum.

The network, which thirteen new institutions are joining starting this month, has been established to facilitate discussion within the museum world on advancing diversity and inclusion in staff and audiences, and aims to present programming that highlights “themes of cultural diversity, slavery history or colonial heritage”. Alongside an exhibition program, Musea Bekennen Kleur will also be organizing an International Symposium 2022, to provide a space for reflection and exchange on the historical position of museums, their colonial legacies, and what this means for institutions today.

The second Martin Roth Symposium, MuseumFutures, organized by ifa (Institut für Auslandsbeziehungen) in cooperation with re:publica and the Museum für Naturkunde Berlin during this year’s Berlin Art Week, similarly addressed the present and future role, and limits, of museums. An international line-up of experts were brought together to discuss topics including digitalization, museums and power, entertainment, and architecture, to begin to strategize on ways to establish the museum as a space of democracy. The panel discussions from the symposium can still be accessed and watched via YouTube.

There, of course, remains a lot of work to do concerning not just the meaning of museums, their role in the present, and how they might exist in the future, but also in putting such strategies into action. Initiated in 2016 by activist, artist and scholar Fannie Sosa, ‘A White Institution’s Guide to Welcoming Artists of Color* and their Audiences’, known as the ‘WIG’ (the asterisk indicates that this means pro-black, pro-hoe, femme-centric, anti academic, non-european, decolonial), has been a tool for putting anti-colonialism into practice within institutions, helping artists to fight for their rights, get paid fairly and be respected in these environments: “a hands on model to stop demanding slave labor under the guise of diversity.” The guide can be previewed online and is available to purchase on a budget-dependent pay scale offering four levels, including one for institutions, which provides consultation training.

Another institutional structure, the biennial has seen the emergence of new, more sustainable formats for the large-scale temporary exhibition, while making space for perspectives, narratives and voices that have been confined to the periphery. Both the 11th Berlin Biennale and the 22nd Biennale of Sydney centered marginalized narratives, challenging the single, dominant (Eurocentric) perspective, with the biennale format itself taking a new shape in the process. While the curators of the Berlin Biennale invited artists largely from the Global South and initiated a ‘slow opening’ unfolding in sequences over the course of a year, this year’s Sydney Biennale was “artist- and First Nations-led”, under the artistic direction of Indigenous Australian artist, Brook Andrew. At the Art Gallery of New South Wales, one of the Biennale venues, interventions from marginalized perspectives were made directly within the museum’s galleries where works by Western art ‘masters’ are displayed. Alongside the exhibitions, extensive online programming due to Covid-19 further allowed the Sydney Biennale to reach international audiences on a large scale.

Meanwhile, looking at the context of monuments and their relationship to place, in the current exhibition at Galerie im Turm, Berlin — FASAHAT – Because That is Our History — artist Nahed Mansour, along with Fatima Abdo, Raed Alhameed, Kifan Alkarjousli, Nagham Hamoush, and Mohammad Rabee Alskif, present a new hybrid space. Fasahat, which is an Arabic word that refers to creating new spaces of hope, is a participatory project that was initiated by Nahed Mansour in 2016. In the space of Galerie im Turm, the artists build on the project, in which a collaborative museum was previously built by residents of a refugee shelter in Berlin. Temporarily relocated to the gallery, this new museum, called Bildende Oasen (Visual Oases), takes a reconstruction of the Ishtar Gate — which is housed at the Pergamon Museum, brought there during the German colonial era — as a center point in the exhibition.

This version of the Ishtar Gate is set in immediate relationship to “monuments of everyday life” — including red plates from the refugee shelter, which are repurposed as a material in the gate’s construction, as well as the adjacent furnishings and objects that refer directly to a refugee shelter located in Berlin-Spandau. Side by side, these monuments highlight the dissonance between the way plundered objects are treated on arrival, versus people coming from the same places. Two structures of colonial power — the museum and the refugee shelter — occupy a single space, intersecting historical narratives with personal stories, to materialize the systems of representation used to hide and perpetuate violence.

Learning/Unlearning Beyond the Institutional Framework

Of course, decolonizing art institutions also means decolonizing the discipline and study of art. University of the Arts London is set to launch its Decolonising Arts Institute this autumn, which it describes as a ‘de-centred, disruptive, evolving and porous space’, and is to take shape through several collaborative projects and partnerships. However, this also emerges alongside the page @UALTruth — which was initiated on Instagram in early June. UALTruth, also active on Twitter, provides a safe space to share experiences of racism from current and former students and staff members anonymously.

Because of the persisting power structures in university education, alternative schools and structures for learning, and unlearning, outside of this space are also being initiated by artists and collectives. The Troublemakers Class of 2020 is a ‘para-academic environment’, organized by Futuress, an online magazine and community space for design research, which also begins this autumn. As a space for interested researchers to pursue topics in the politics of design outside of the university, institution, etc., the remote workshop will provide guidance to participants in writing, editing and publishing an article on their current research. The Troublemakers was initiated after Futuress was contacted by students and researchers looking for support in design projects that raise questions of privilege and power within the discipline itself.

A post shared by FKA Decolonize The Art World 🛸 (@therearenewsuns)

The non-profit Cassandra Press, founded by artist Kandis Williams, is a publishing and education platform, producing readers, zines, exhibitions, as well as classrooms for workshops and courses. These have included ‘Alternative History of Abstraction 101’, taught by Manuel Arturo Abreu, which rejects the myth of abstraction’s lineage in European modernism, as well as ‘The Black Art Sessions’, with instructor Ebony L. Haynes, in which black students in art-track programs can ask questions and receive useful information on working in the art world. October dates for ‘The Black Art Sessions’ are forthcoming. Readers and zines can be purchased via the Cassandra Press website, and direct donations can also be made to help support their pedagogical work.

The ‘decolonial art school’, Decolonize the Art World operates an Instagram page, (Art History for Dreamers), an open source syllabus, and laboratory, sharing memes and lessons on colonial art histories and anticolonial art futures. Recently, Decolonize the Art World initiated a platform — the Digital Studio — and is archiving lessons there. In addition, they have also organized a free, participatory online workshop, Art Futures Dream Tank — through which participants will approach ideas and experiences of the museum as it currently exists and imagine beyond it, towards ‘regenerative futures for museums’. Registration for the workshop is already closed, but it will be documented and compiled in a zine, the Art Futures Playbook and published online, with further workshops to follow. In its research and education efforts, Decolonize the Art World pushes beyond restrictions of the institution, which is never neutral but positions itself as an authority of knowledge, to open up expansive possibilities for reimagining art histories, learning, and the museum. 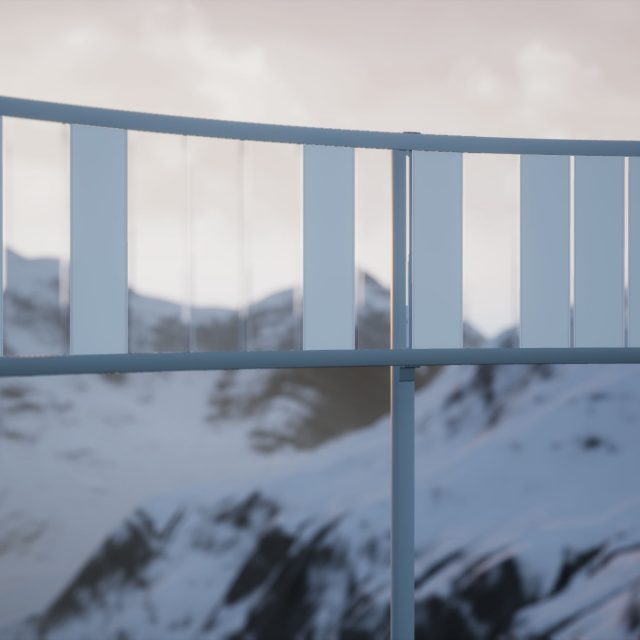 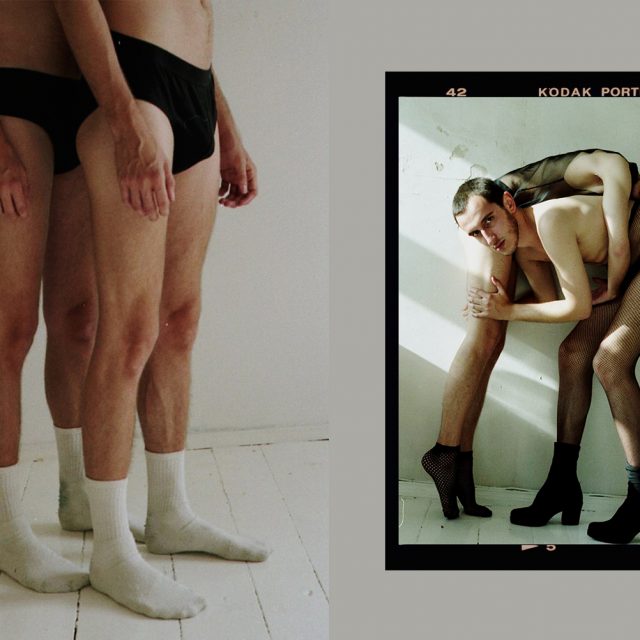 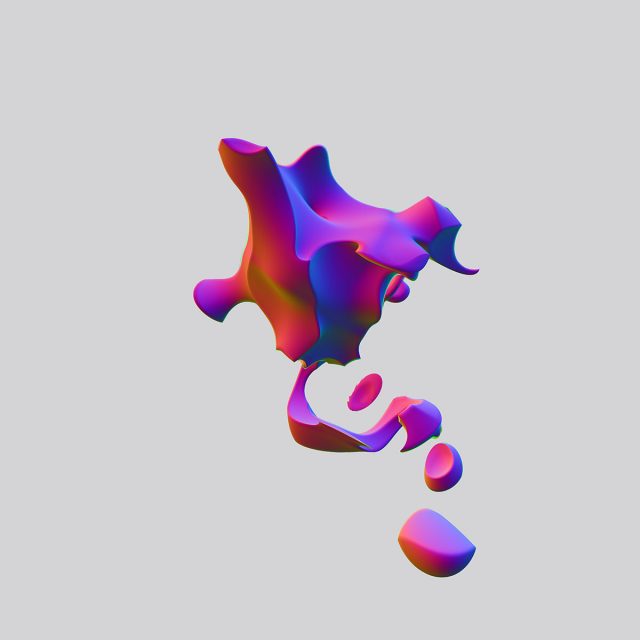