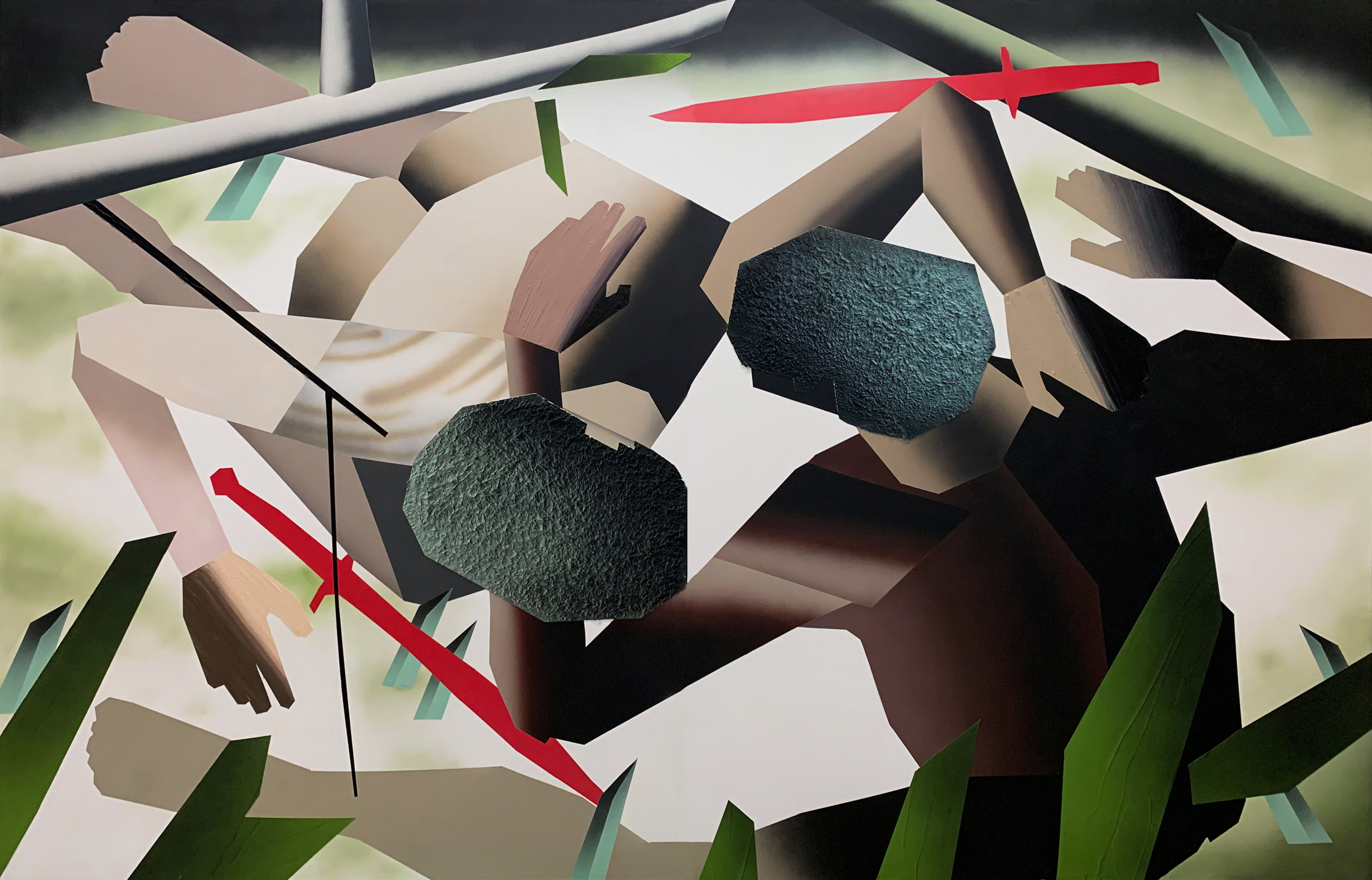 With Visions of Song, Brandon Lipchik presents his first solo exhibition at Robert Grunenberg. The exhibition will feature eleven of Lipchik‘s paintings of acrylic airbrush, oil and mixed media on canvas, as well as poems of acrylic on canvas with silkscreen overlay and a poetry piece in VR, programmed by the artist himself.

The paintings presented in the gallery seem to be a collage in 3D, in which shapes are arranged in overlapping layers, as if it were a life simulation video game from the early 2000s. The artist resorts to traditional oil paints, which he applies with a brush. Before the painting process starts he designs his characters on the computer with 3D rendering programs and then transfers them onto the canvas by means of acrylic paint and an airbrush gun. Other elements are conventionally painted by hand. The synergy between the different techniques is eerily seamless, but this is to be understood as a process of evolution, not as a statement.

Several sources of light illuminate the scenery in Lipchiks paintings but their placement and angles cannot quite be reconstructed. Not dissimilar to a carefully (albeit implausibly) lit stage, drop shadows and spotlights further dramatize the scene. He is interested in the symptomatic and very contemporary glow that screens and smartphones cast onto human skin. The high-contrast play of light and shadow is reminiscent of the ever-customizable situations that 3D rendering software can artificially create. The aesthetic of the hyperreal, that is the conflation of heightened expressivity with an impersonal style of painting holds true for the unusual points of view in Lipchik’s paintings, as well: they tend to be arranged in a way that the spectator looks at the action from a raised perspective. The influence of digital practices and modes of perception on both visual culture and thought has not been mapped yet by a long shot — Lipchik is moving along the border of something that is genuinely new.

Literature also plays a central role in Visions of Song. Lipchik’s poems are dominated by a cool, elegiac, at times apocalyptic. tone, which creates a direct link to American Classics: Walt Whitman, Allen Ginsberg, Jack Kerouac, F. Scott Fitzgerald, James Baldwin. One of the texts presented in the exhibition only becomes apparent upon slipping on a pair of VR goggles and entering the virtual layer of this exhibition, programmed by Lipchik. After sliding on the goggles, the visitor finds themselves in a virtual room, which itself is located inside the gallery space and whose paintings, mounted onto physical walls, suddenly become semi-digital. This disposition in and of itself speaks volumes about how porous the borders between the worlds of the virtual and the analog have become today.

Brandon Lipchiks most recent works are stricter, less pop and even somber at times. His first solo exhibition at the gallery is set to take place in the most uncertain and confrontational year in recent American history. Black Lives Matter and the protests against Donald Trump have become a wake-up call for many Americans who aren’t usually politically active, the artist states. There is no doubt that we are finding ourselves in a time of crisis. As a young American artist, what constitutes a positive point of reference when thinking about America? Lipchik turns to American literature as well as in the infinite possibilities offered by today’s ever-expanding image production machinery, which the artist uncovers and masters as a means for his own production of images.

Brandon Lipchik was born in 1993. He grew up in Erie, Pennsylvania, studied at Rhode Island School of Design and lives in Brooklyn, New York City. His works have been shown in galleries and institutions in France, Germany and the United States.

To ensure safe and secure visits of the show for everyone, we ask that you please follow the sanitary regulations by wearing face masks and keeping the recommended safe distance of 1.5m. 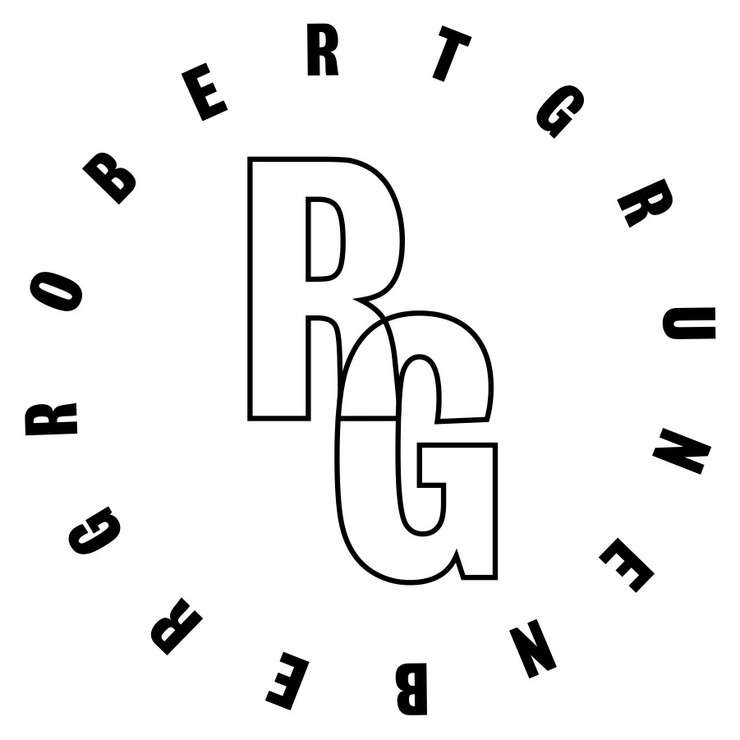