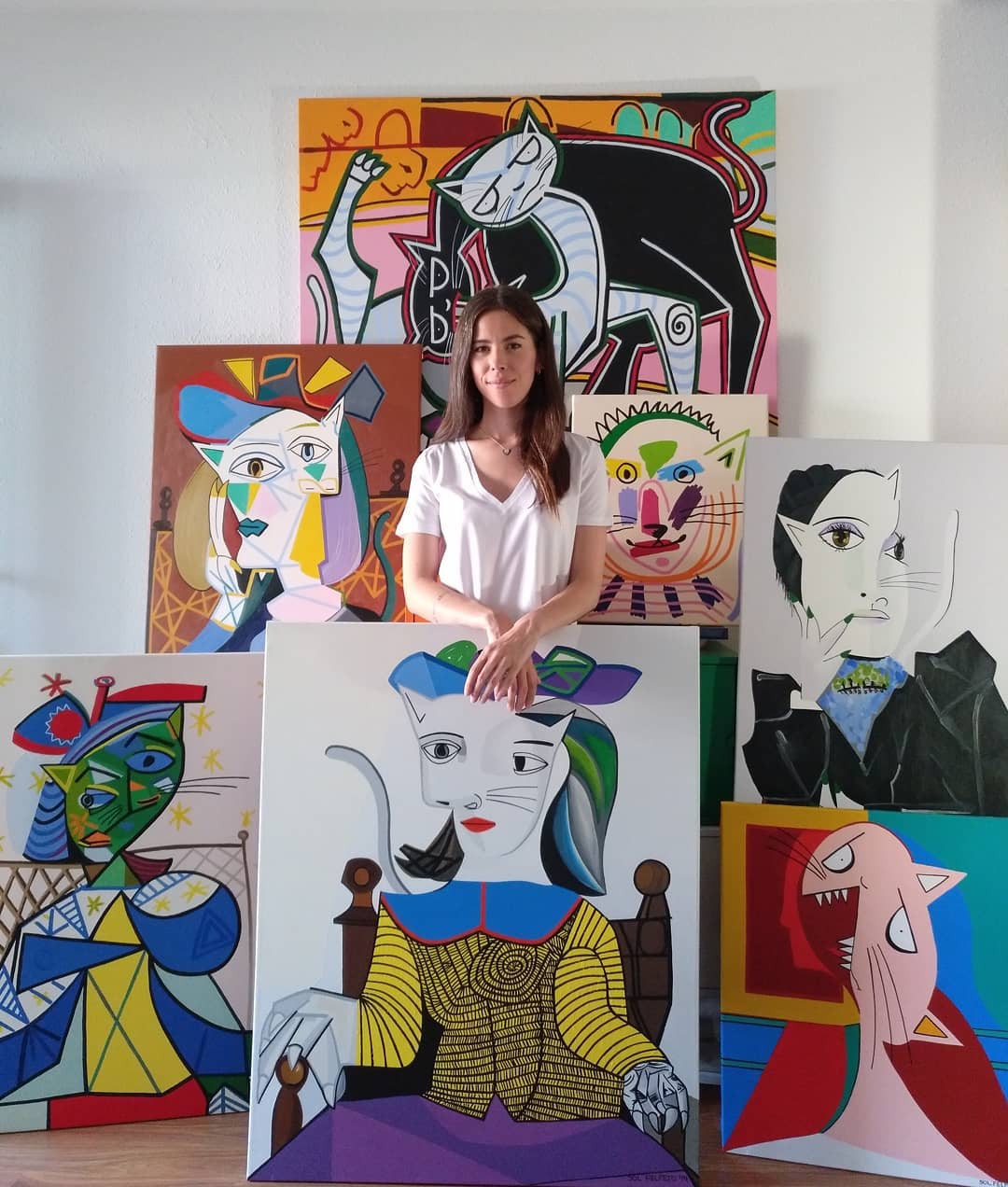 PICATSSO»
Minou was a French street cat that Picasso adopted during a very «blue» period of his life in which he was depressed and ruined. The story tells that the painter had to return the cat to the street since he could not feed him anymore. Minou found himself again wandering around Montmartre and was fortunate enough to find a sausage to eat. Without hesitation, he returned to his former owner’s house to share the meal with him. This is why Sol Felpeto decides to recreate the most famous works of Picasso with his cat, Minou, giving him back the importance that has never been recognized and making tangible the tender bond the artist and the animal had.

Sol Felpeto (1990) is a multicultural artist born in Venezuela. She spent her childhood and adolescence between Buenos Aires-Madrid and sporadically living in other countries with her family. In Argentina, she began her studies in veterinary medicine school but after three years she decided to follow her creative rush and at the age of 21, she moved for good to Spain and studied Fashion and Creative Direction at European Institute of Design (IED). Those four years of creative studies led to developing herself as an illustrator and painter within her own style called «Poop Arttoons», a mixture of art, humor, and animals. She graduated in June 2016 and immediately participated in her very first exhibition along with other artists of the new generation. This is when she takes the first step towards art as a profession.