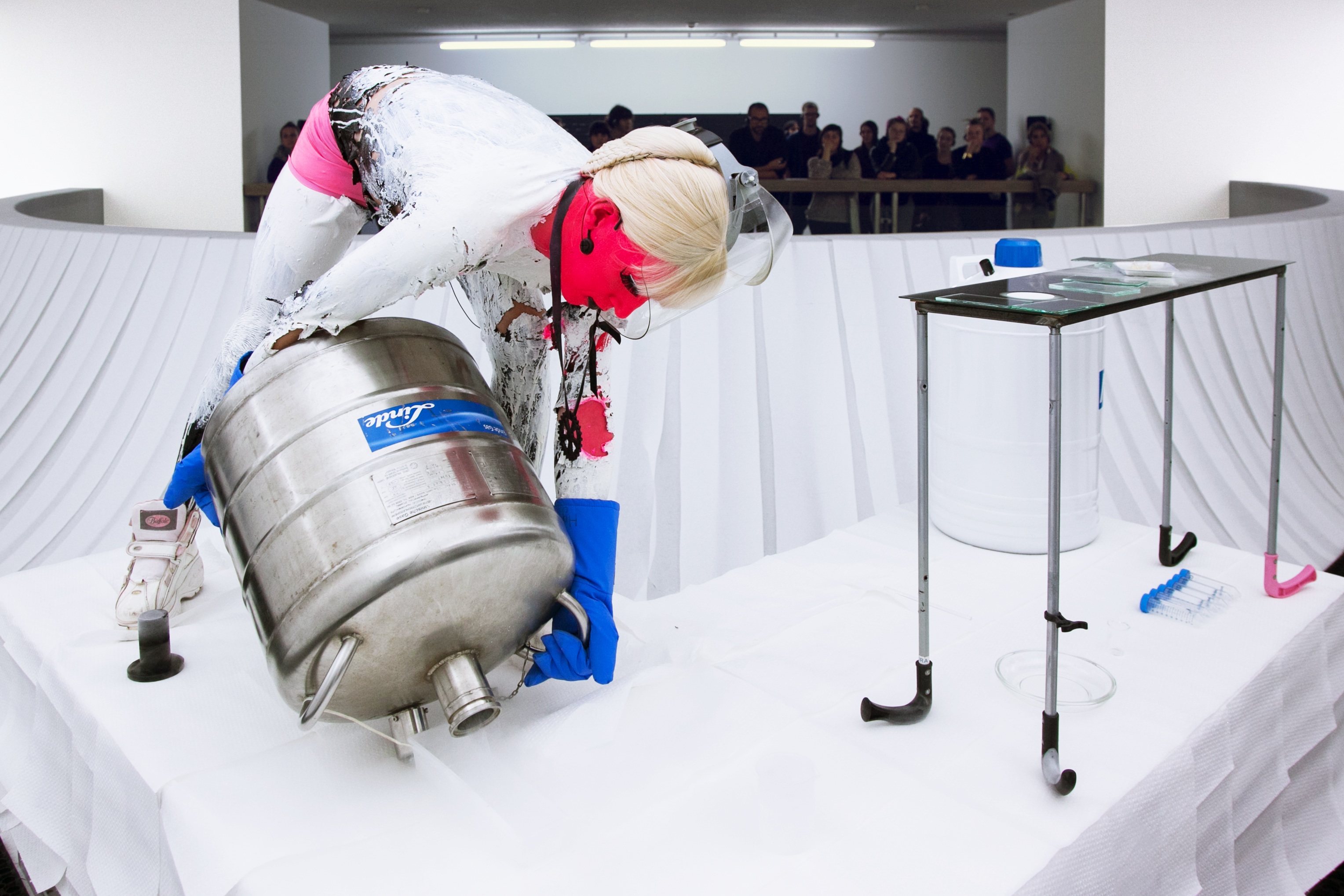 With the performance 'Cryo-Kommunisat' the drag character Transformella, Queen of Debris and Surrogate Mother of the Institute for Reproductive Futures, initiates her residence for eight weeks at District. The hysterical-subversive drag character created by the artist Johannes Paul Raether dedicates the installation (FertilityCave 1.0.6), the performative appearances and the gatherings of the ReproReality Hack Lab to the construction of her Bio-Techno ReproTribe.

As a research avatara, Transformella asserts the emancipatory potential of biomedical innovation in the field of assisted reproductive technologies. At District Transformella sets out to fork into new versions of herself (Forking Version 0.0.1 until 2.0.1). The starting point for establishing the techno-organic myth of the species Transformellae remains the question of real and potential possibilities of communal procreation and parenthood. For the queer-futuristic fathoming of such scenarios in the age of globalized-industrial production of human offspring, the character takes on the practical construction of “we”.