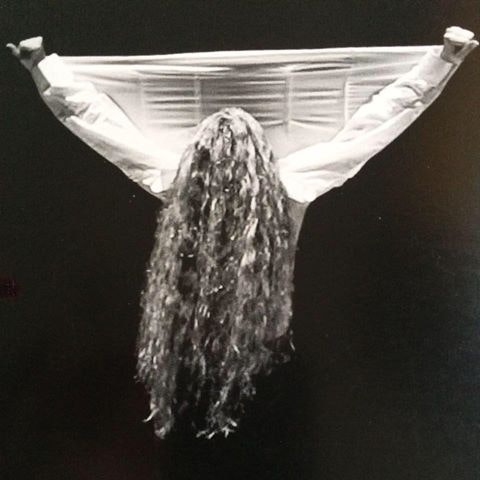 Solo Performance by and with Maura Baiocchi /Taanteatro Companhia, Brazil/

TRANS is an experiment of desire as potency and raw matter of disruptions and breach.
Inspired by representations of existencial crisis - the Hebrew myth of the Golem, the Greek saga of Prometheus and Mary Shelley’s tale of Dr. Frankenstein - TRANS shows in a tragicomic way the conflict between divine power and human subjection, desire to violate values, to transform and to break with the establishment.

“The dancing of Maura Baiocchi is unpredictable. Her movements do not follow a priori any score. Its grammar never fits into a recognizable choreographic scripture. “ /Viktor Mazin/

Extracts from the article about TRANS performed by Maura Baiocchi in 2014 at the colloquium “Actualities of Frankenstein: the figure of the monster figure in contemporary society” organized by the University of St. Petersburg and the Research Centre of Psychoanalysis at University Paris Diderot. Translation: Wolfgang Pannek
The dancing of Maura Baiocchi is unpredictable. Her movements do not follow a priori any score. Its grammar never fits into a recognizable choreographic scripture. Time and again, her movements lose coherence, they suddenly cease, become something else. The choreography by Maura Baiocchi cannot be translated into any concrete language of dance and does not reach any final form. You could say that it is not a language nor a scripture, neither a choreography, but what Jacques Lacan called “lalangue”.
It is a choreography of transformations, beyond the control of any grammar, which metamorphoses in an non-choreographic trance.