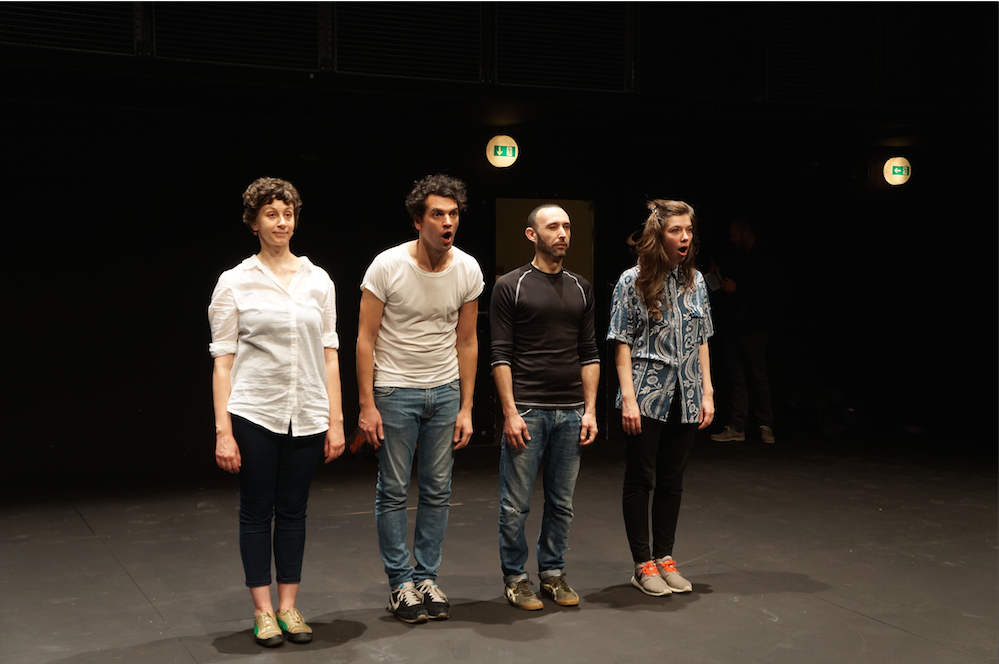 "We understand that our generation’s mission is to revise this strategically demonized past".
Agnė Bagdžiūnaitė (artist and curator, Lithuania)

The Forgotten Pioneer Movement (TFPM) is an interdisciplinary performance and exhibition project about the experiences of the last, transitional generation between socialism and post-socialism. As a fictional movement, TFPM addresses the impact and the societal perspectives of the “last pioneers”: a generation whose childhood and youth is linked to the times of the Perestroika and the ‘pOst-Western’ Europe of the 1990s.

As a modernist phenomenon and ex-symbol of childhood and adolescent identification, the figure of the pioneer lends itself to an investigation of the many inscriptions of educational institutions and publicly mobilized ideologies in the former “East” and the former “West”.
TFPM combines strategies and discourses from visual as well as performative arts and cultural theory in order to approach “the future behind us”, observed by Edit András, as a pan-European experience beyond geopolitical classifications.

25 years after the fall of the Berlin wall, TFPM suggests new constellations between this remote future and insignia of the present by three so-called Sets. Set #A comprises performances at different locations in Berlin, Set #B an exhibition at District, Set #C a public seminar.