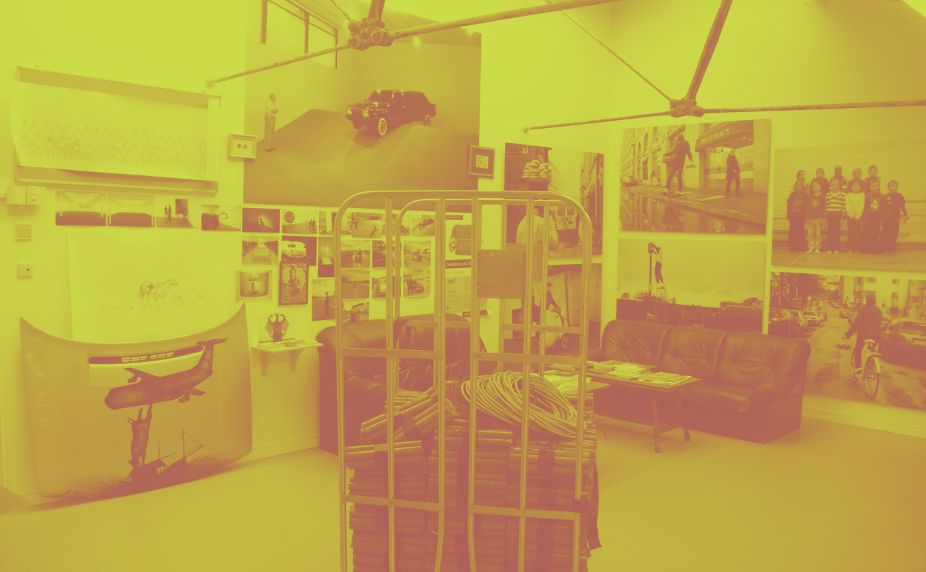 Opening: June 15th, 7 pm
with »Invisible Cinema« in the digital era by Hannah Sioda
from 8 pm
DJ Set by realtalktalk

Curated by Bonaventure S.B. Ndikung and Solvej Helweg Ovesen in the context of POW (Post-Otherness-Wedding)

Upcoming events will be announced soon.

An artist studio is au fond a kitchen of sorts. This analogy of the kitchen is in no way only to stress the experimental nature of the studio space, but also to point out the very abecedarian and fundamental aspect of art, which isn’t hyperbolic to compare to the basic need that feeding actually is.

Etymologically, »studio« is the space dedicated to zealously and assiduously study. In this way, it is a space that gives room for, demands and at the same time captures diligence, eagerness and muse. Wherefore, the artist studio – be it physical or conceptual, fixed or nomadic – is a private space for deliberation, experimentation, and exploration, a space of engagement and struggle with what the art is and can be and can do.

In his ten years as a practicing artist, Öğüt himself has been what might term a nomadic artist, without a fixed nor physical studio. His studio has been the conceptual space of the cerebral, which he has been able to carry with him from Istanbul, through Helsinki, Amsterdam to Berlin. Öğüt will therefore remodel the gallery space into his working studio – Studio Öğüt – a space for sharing, working, learning, storing, spending time, gathering, thinking, meeting, cooking, celebrating, producing and presenting. In so doing, Öğüt will not only radically question the notion of the studio as a point of reference, as a base, but also interrogate and challenge the creative process of an artist.