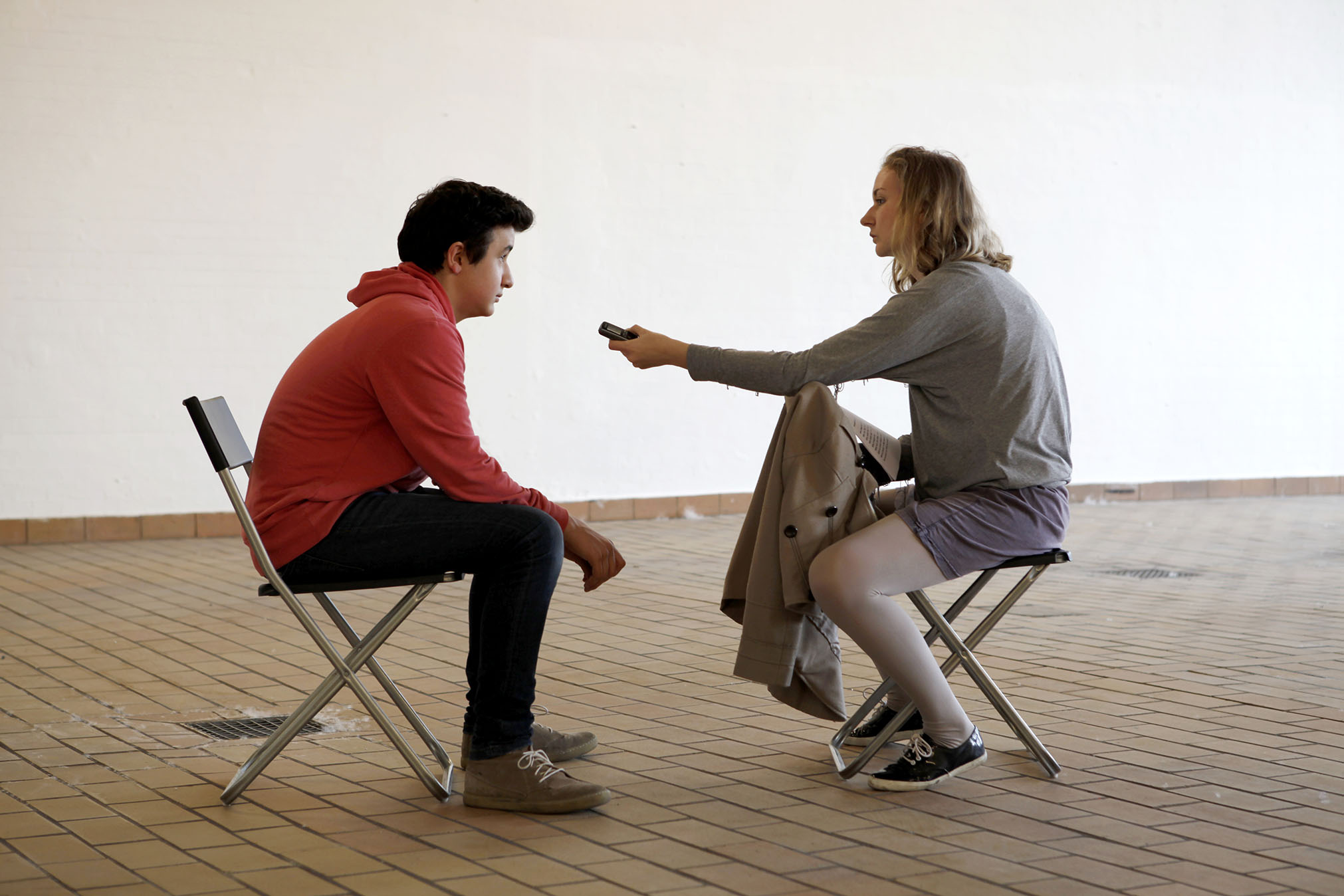 Between fiction and experience – in the film and art project DIRECT APPROACH artist Stine Marie Jacobsen, together with different collaborators, activates pop-cultural narratives on violence from film and cinema in relation to specific socio-biographic contexts.

For DIRECT APPROACH the artist has worked with young people between 13 and 25 in a series of workshops to address the subjective perception of violence in the context of marginalization, discrimination and racism through short films, interviews and movie posters.

Based on examples of current and historic motion pictures and in collaboration with a team of professional filmmakers the artist has developed perspectives about the definition of singular and collective identities in violence discourses with the young.

In the interdisciplinary correlation of artistic, educational as well as socio- and culture historical methods with the aim of bringing together collective (film) memory and personal narration, DIRECT APPROACH is exploring the potential of creating a social space of action beyond cultural representation and attribution.

Within the scope of the exhibition District shows six of the resulting short films as well as 17 movie posters with remembered descriptions of the scenes in an experimental cinema setting.