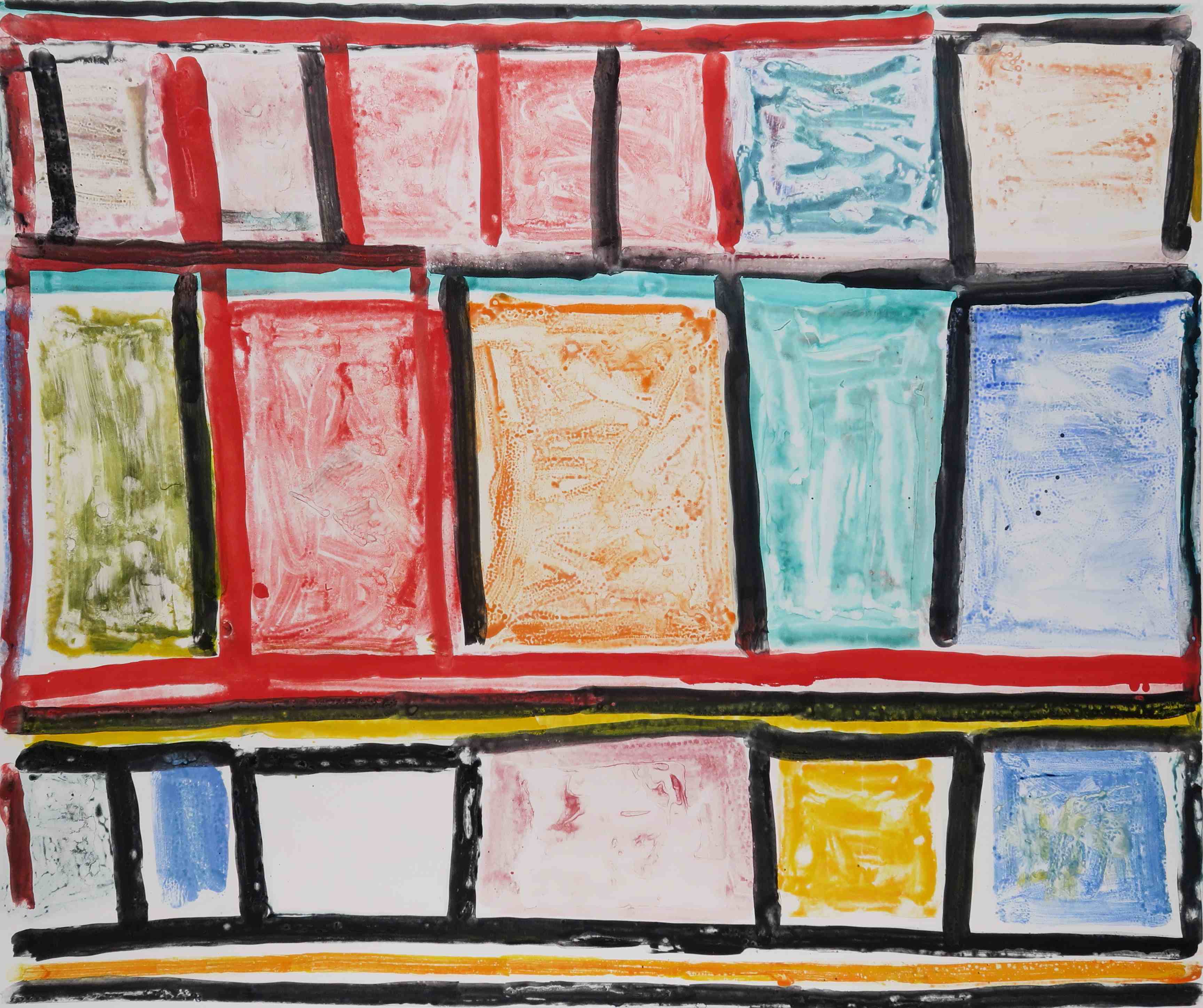 For his first collaboration with BORCH Editions, Stanley Whitney created large-scale coloured monotypes alongside a series of eight black-and-white etchings. The Berlin solo presentation of the works will coincide with the artist’s participation in documenta 14.

Stanley Whitney’s work is a vibrant statement for the significance of abstraction in contemporary art. He is best known for his works on canvas, grids of variously sized and proportioned blocks in different colours, separated by horizontal and vertical bands. While his style might evoke associations of 20th century minimalism, his deliberate rejection of geometric accuracy and his energetic, joyful brushstroke provide for a highly unique style.