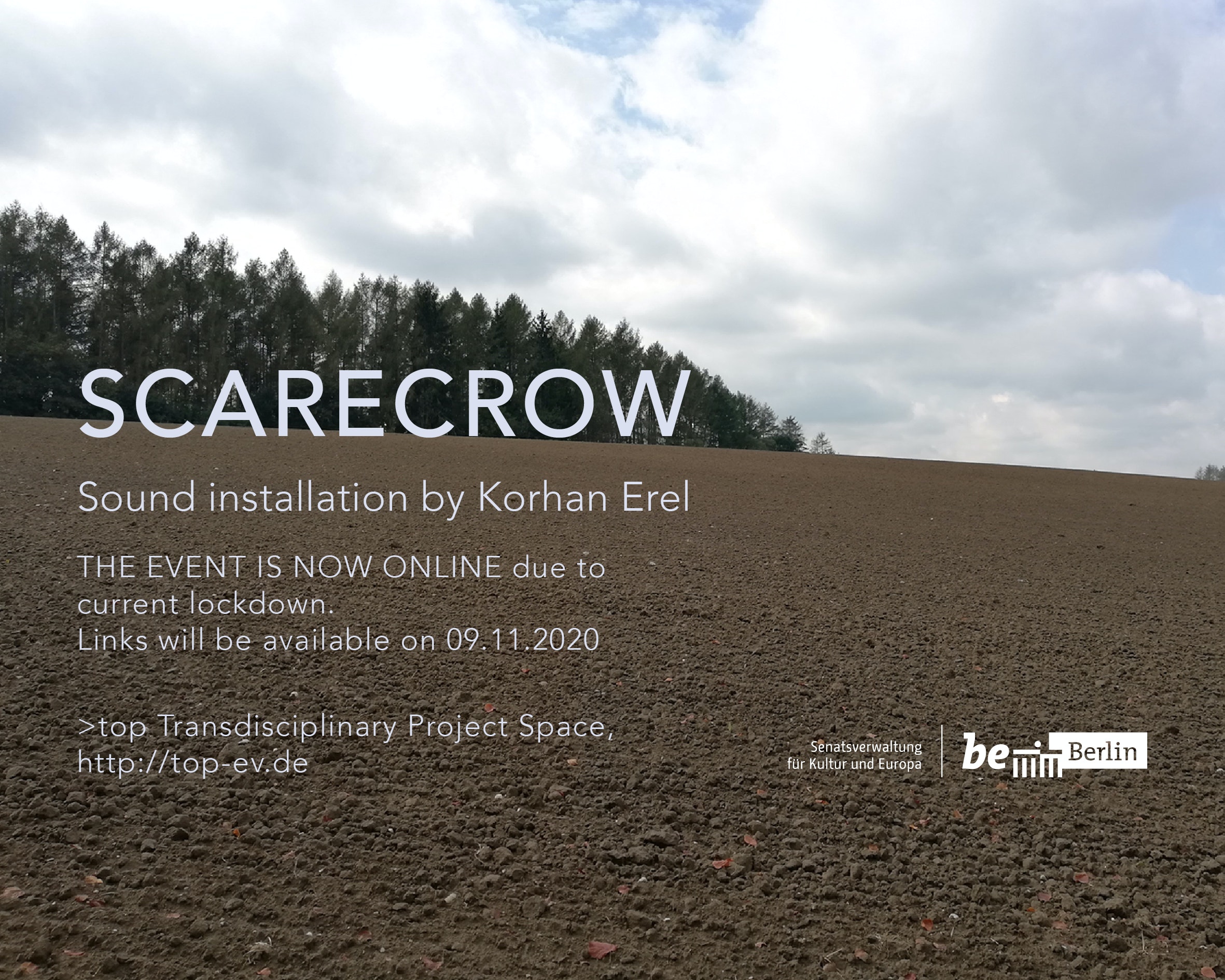 UPDATE due to CORONA RESTRICTIONS IN NOVEMBER 2020

The exhibition will not be open to public visits due to new restrictions announced in Germany.

The project will be kicked-off on November 9th as an online event, including videos of the installation and performances.

The closing event on November 15 will take place as an online event, starting at 3 pm. The number of attendees will be limited and registration will be required. Please write an email (mailto: erel [dot] tuce [at] gmail [dot] com) if you would like to attend the online event. Registration closes by November 14th, midnight (CET).

𝑺𝒄𝒂𝒓𝒆𝒄𝒓𝒐𝒘 is a solo exhibition by Korhan Erel. The project was initially planned to be presented at TOP Transdisciplinary Project Space in Berlin, between November 5th through 15th in 2020. Due to coronavirus restrictions, the online exhibition and performance recordings will be launched on November 9th in 2020. The closing event will be online on November 15th, at 3 pm.

A scarecrow is a humanoid object that is placed in open fields to scare off birds or other animals to protect seeds and crops. It is a mute object, which stands alone in the middle of a field, to protect the land and crops. The project appropriates and reverses the mute scarecrow object into a sound sculpture, which speculates their presence in the borders of countries or private lands to question two main themes: neglecting of nature and non-human beings as well as centralizing human presence over nature; and migration politics and their unwelcoming strategies.
Erel’s sound installation explores ‘the fear from the other’, both human and non-human, using sound emanating from an amorphic, absurd sound-sculpture built using ready-made objects that one can easily procure. This speculative approach is a critique of both conventional methods of scaring animals, positioning humankind over nature and hate speech toward migrants and the other. The three-channel sound composition is based on field recordings, designed sounds and an unknown language consisting of made-up words and remixed languages, the latter primarily to amplify the sense of being un/welcome and to put the visitor in a position of unwantedness and otherness.

In addition to the new sound installation, Korhan Erel invites Alessandra Eramo and Ute Wassermann to perform alongside the installation. One of the research topics of Eramo is migration, of which she delves into traces through sound and storytelling. In reference to sound poetry, Eramo performs bar bar, a piece about language, translation, and misunderstanding. Her performance explores the alienation of herself to languages she cannot understand as a response to the unknown language of 𝑺𝒄𝒂𝒓𝒆𝒄𝒓𝒐𝒘. Ute Wassermann explores soundscape of nature through her voice, field recordings, and electronics. Wassermann will perform Body Snatch, that the voice is alienated from the human voice, dissolving into a sound world of birds and machinery voice, using her voice, bird whistles, and different microphones. Both Alessandra Eramo and Ute Wassermann will expand their performance to an improvisation with Korhan Erel during the performance evening.

𝑺𝒄𝒂𝒓𝒆𝒄𝒓𝒐𝒘 closes with a round table meeting on November 15th at 3 pm, together with guests, Agata Lisiak, professor of migration studies at Bard College Berlin and Susanna Schoenberg, an artist and lecturer, focusing on the politics of border in her practice, to lead a get together with the active participation of pre-registered participants on the last day of the exhibition. This event aims to provide a platform for sharing experience and observation within a non-institutional and non-academic environment about sonic experiences and politics of border.
Due to Coronavirus restrictions, the exhibition and performance evening are cancelled. The roundtable event will be online and accept limited number of attendees based on pre-registration via email to erel [dot] tuce [at] gmail [dot] com.

Korhan Erel is an electronic musician, improviser, sound artist based in Berlin. They treat the computer and electronics as instruments that can co-exist along with conventional instruments in free improvisation and other musical genres. They make frequent use of field recordings or found sounds in their instrument designs and sound art projects. Their music covers free improvisation, conceptual sound performances as well as structured and composed pieces, the latter mainly performed at art events and museums. They present their sound art projects in group and solo exhibitions and collaborate with visual artists for performance as well.
They perform solo, duo, and group performances with improvisers, jazz musicians, dancers, and in orchestras. Korhan also does sound installations, and sound design and music for theater, video, and dance. Korhan’s collaboration with Sydney-based video artist Fabian Astore “The Threshold” has won the Blake Prize in Australia in 2012.

Korhan has done three residencies at STEIM in Amsterdam on sensors and instrument design. They were a guest composer at the Electronic Music Studios in Stockholm in 2011. They have ten CD releases in Turkey, Germany, Netherlands, Portugal, and Greece as well as several digital releases. They have played in festivals, venues, museums, and art spaces across Europe, Middle East, Southeast Asia, and North America.

Korhan Erel has been participating in group exhibitions since 2013. They presented Evimin Erkeği / Man of the House (2013) in “Hacked Me in Intimacy” exhibition at Ark Kültür (Istanbul) curated by Ceren Turan; Findings (2014) in “Waves” at Istanbul’s Blok Art Space gallery curated by Ebru Yetişkin in January-February 2015; We are all Alike (2019) in “Hactivate Yourself” at 1a Space Gallery in Hong Kong, curated by Tuçe Erel.
korhanerel.com

Alessandra Eramo (*1982 Taranto, IT/DE) is a Berlin-based artist and vocalist who works with sound performance and installation, text-sound composition, video and drawing, exploring latent acoustic territories of the human voice and noise as socio-political matter. Through symbolic narratives and visceral expressions, central to her practice is extending the voice in all its forms and implications in sonic and visual contexts.
She was trained in classical singing, piano, and music theory from an early age, she studied at the Academy of Fine Arts in Milan and Stuttgart and completed her Master’s Degree in Performance Studies at the Faculty of Philosophy at the Ca’ Foscari University in Venice.

Ute Wassermann, voice artist, composer, improviser is known for her many-voiced and extreme vocal sound-language, which she has brought into experimental/contemporary music in diverse ways.
She studied visual arts (sound installation, performance art) at the Academy of Fine Arts in Hamburg, and subsequently singing and visual arts at the University of California, San Diego. Ute Wassermann is engaged in the areas of composition and improvisation, music, and performance art.

Ute’s unique vocal language takes the voice beyond itself. Her singing seems to be disconnected from the human voice oscillating between electronic, animalistic, inorganic, and human qualities. Her methods to extend the voice include the use of different types of microphones, bird whistles, objects, resonators, field recordings. Ute performs regularly at international venues and festivals. She has received several grants and commissions for compositions.
https://vimeo.com/user20410741

Agata Lisiak is Migration Studies professor and Academic Director of the Internship Program at Bard College Berlin. She earned an M.A. in International Relations (University of Economics Poznan, 2002), an M.Phil. in Literary Studies (Vrije Universiteit Amsterdam, 2005), and a Dr. Phil. in Media and Communication Studies (University of Halle-Wittenberg, 2009). She has held visiting fellowships at National Sun Yat-sen University, The Open University, and the University of Birmingham. She was a postdoctoral researcher at Humboldt University’s Institute of Social Sciences (2013-2017) and a Marie Curie Actions/EURIAS fellow at the Institute of Human Sciences in Vienna (2013-2014). She also worked in the cultural sector as a project coordinator and curator.

Agata works at the intersections of migration studies, urban sociology, and cultural studies. She is particularly interested in everyday urban encounters and imaginaries, feminist theory and practice, and developing creative, multi-sensory, and collaborative methods in urban and migration research. She has written about urban girlhood, migrant motherhood, walking in the city, urban sounds, and cultural memory in post-socialist cities, among many other topics. Together with Elena Vacchelli, Agata is co-founder of migART: a platform showcasing activist, research, and teaching projects that creatively and collaboratively engage with migration.
https://migart.bard.berlin/

Susanna Schoenberg is a film, media, and performance artist based in Cologne and Milan. To her artistic work count experimental videos and installations, public actions, and camera set-ups. Her media practice is focused on the idea of emergence (of reality and shapes of reality); the contingent waiving of technical and conceptual control is part of her “realistic” (image giving) strategy. In the last years, she has been producing works explicitly dedicated to (apparatus-like) monitoring, in particular of the monitoring of the European borders.
Her works have been shown in several international film and media art festivals and group exhibitions, including the International Triennial of New Media Art Beijing, Taiwan International Video Art Exhibition, Japan Media Arts Festival, International Award for Video Art ZKM Karlsruhe, Festival Internazionale di Cinema Locarno, Torino Film Festival, Rencontres Internationales Paris, European Media Art Festival Osnabrück, Ars Electronica Linz, Padiglione Italia Biennale di Venezia. 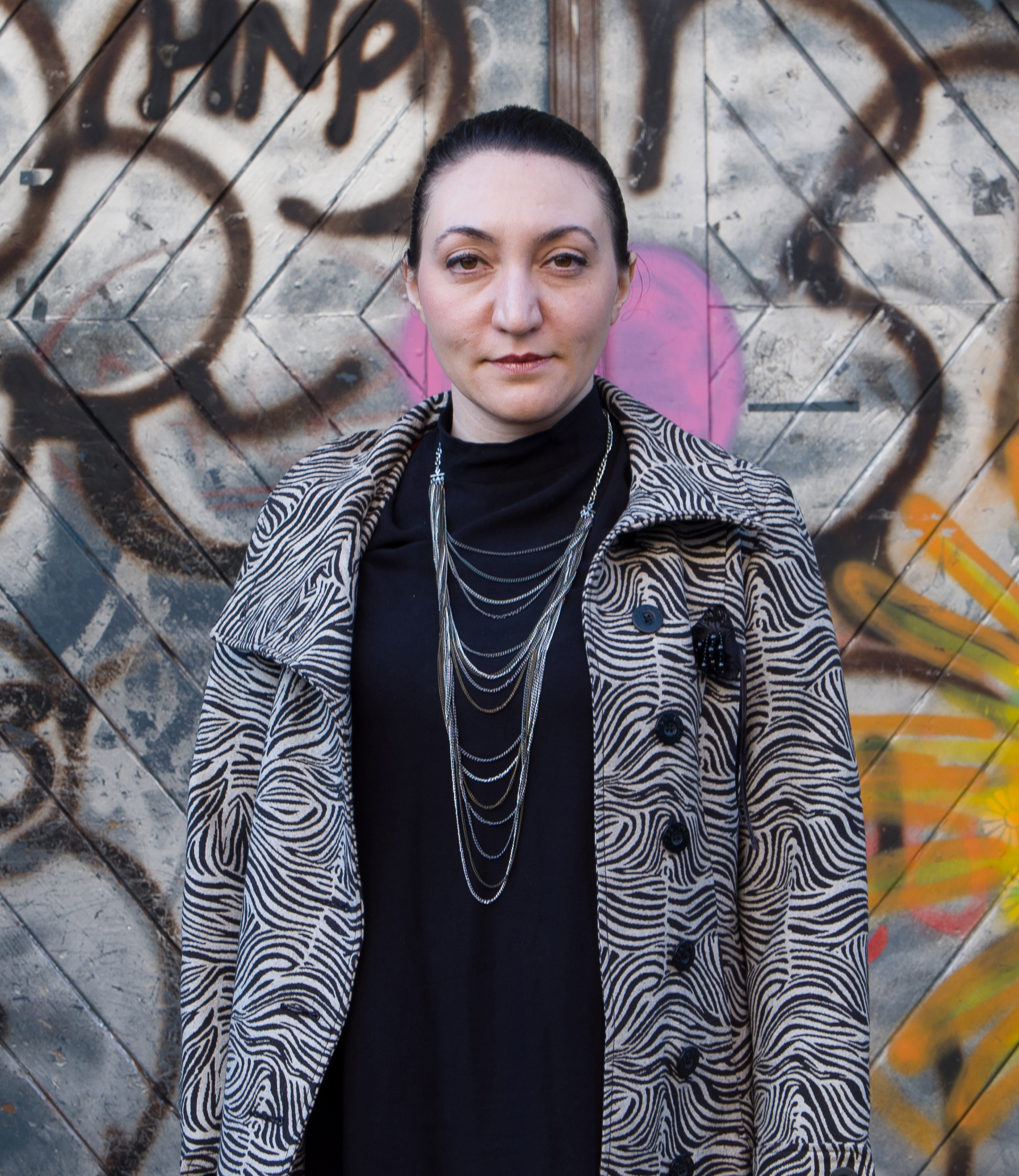 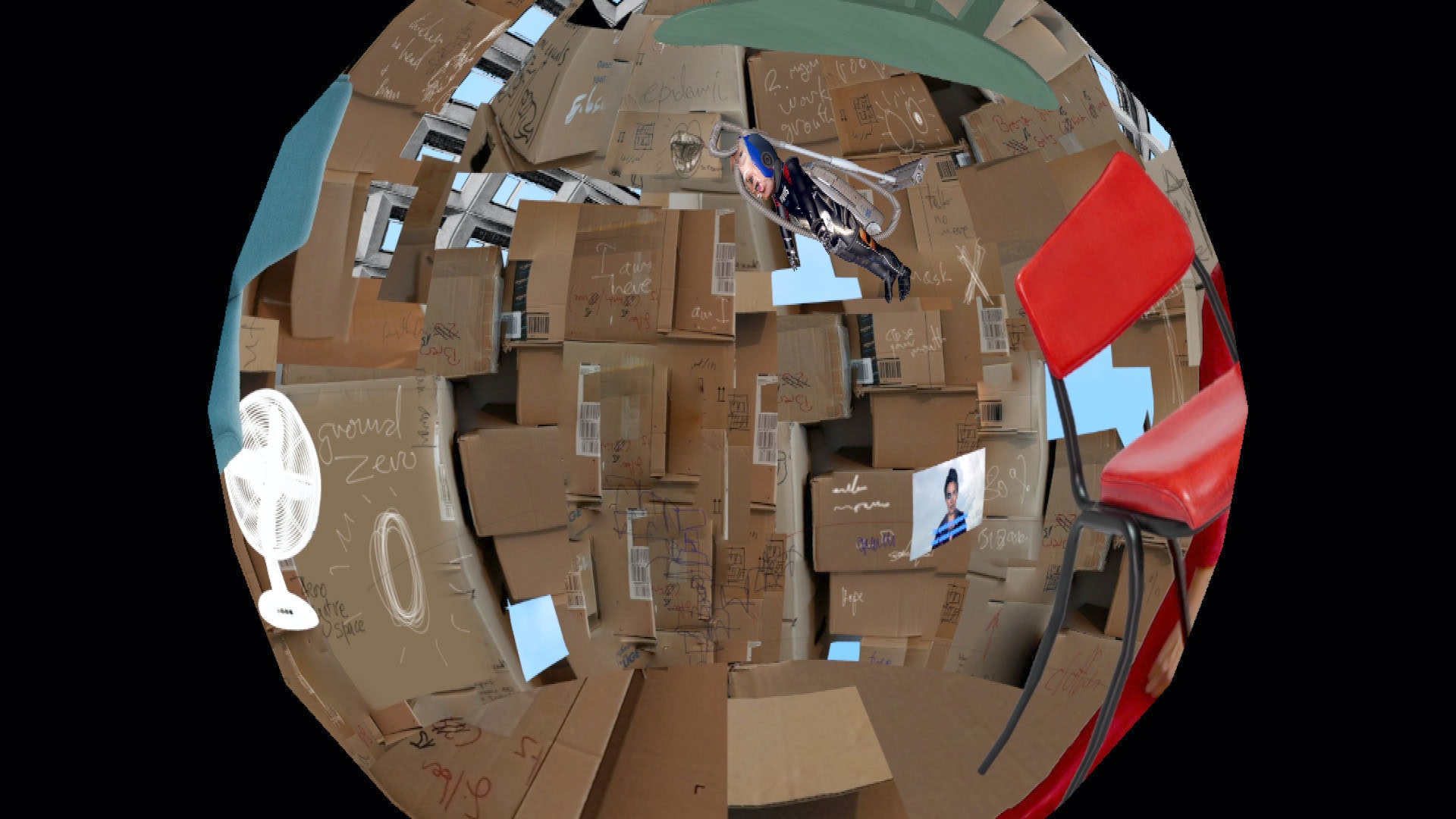