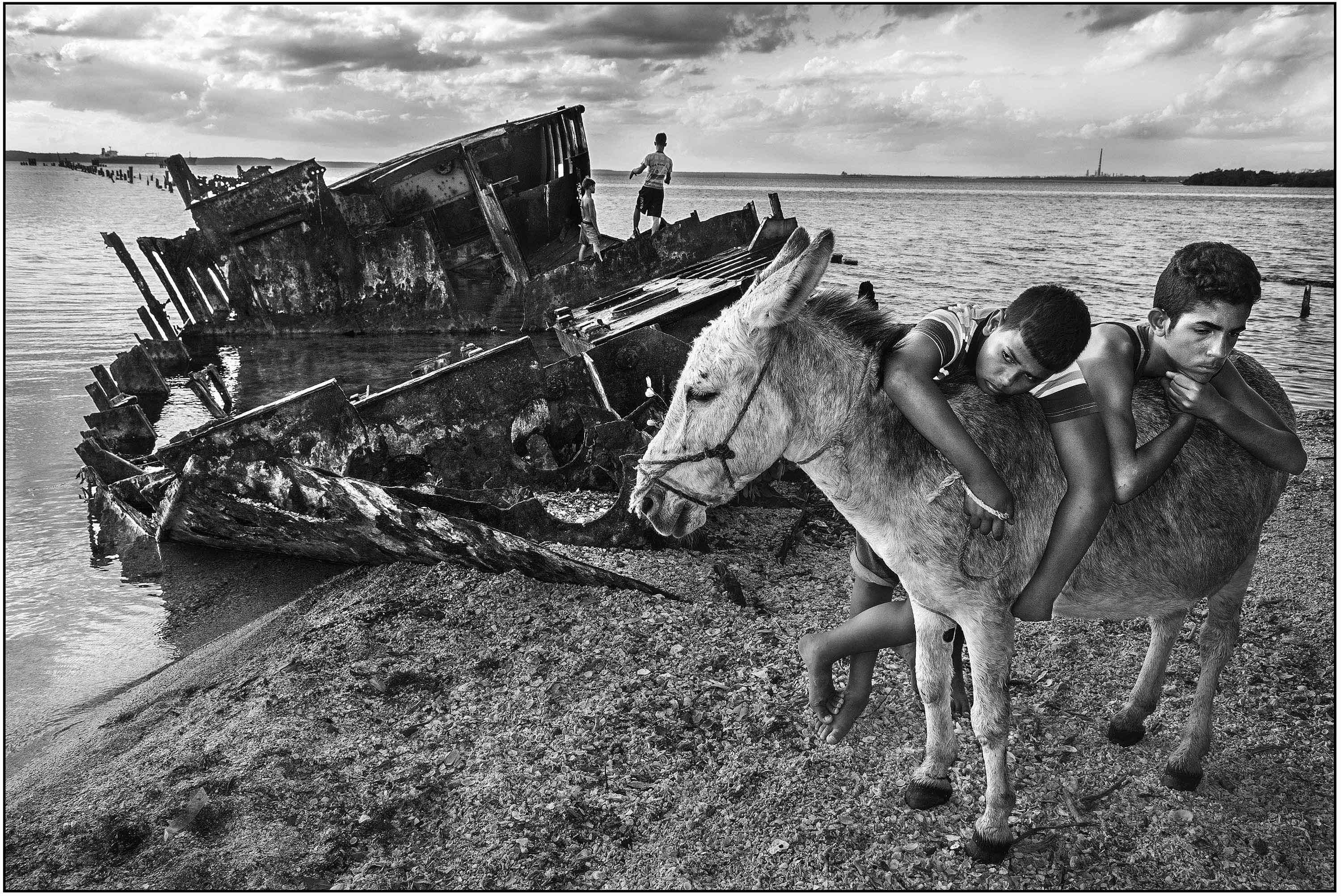 Cañibano´s black and white images don’t show us the stereotypical Cuba with colourful house facades and American oldtimers. Since his work is closely connected to his home Cuba, he owns a special perspective and that allows him to portray the land and its people very profoundly and sensitive. His documentary portraits are expressive and timeless. One sees scenes of the daily life, kids playing in the streets and rural living, while he scenically puts narrative pictures together. Through his play with levels, points of view, light and shadow, he creates particularly deep and complex images. His special sense of composition sets him apart from other street photographers, also because he breaks up the hierarchy of the layers in his images. Especially this ability to tell different stories in just one photograph highlightens his work and so there are often various actions happening at once. Thus, his images require more than a quick glance to fully be captured.

The exhibition at CAPITIS Studios / Berlin, which will be curated by the photo artist himself, presents a selection of Raúl Cañibano´s photo from different series dating 1992 to 2017. The show focusses on the portraits of the people, the "Esencia" of Cuba.

All exhibits are exclusively offered in limited editions.

*Raúl Cañibano was born in Havanna in 1961. After working as a welder and being inspired by the Cuban photographer Alfredo Sarabia (1951–1992), he began to concentrate on his autodidactic photography skills and presented his first solo exhibition in 1993 in Havanna. In 1999 he won the „Primer Salón Nacional de Fotografia“, the First Cuban National Photography Prize. Since 1993 Cañibano´s works have been shown around the world for example at the National Museum of Fine Arts in Havana, Cuba, the Casa de América in Madrid, Spain, the Royal National Theatre in London, Great Britain, the Frankston Arts Center in Melbourne, Australia and the Kunsthalle Rostock. However, the exhibition at CAPITIS Studios / Berlin will be the first chance to see his works in Berlin.
Raúl Cañibano currently lives in Havanna and works as an advertising photographer. He is member of the National Union of Writers and Artists of Cuba (UNEAC). His works are included in private and public collections worldwide, like the ICP –International Center of Photography, New York, USA, the Michael Horbach Foundation, Germany, the CEART – Art center Tomás y Valiente, Fuenlabrada, Madrid, Spain or the Juan Mulder Collection, Perú.