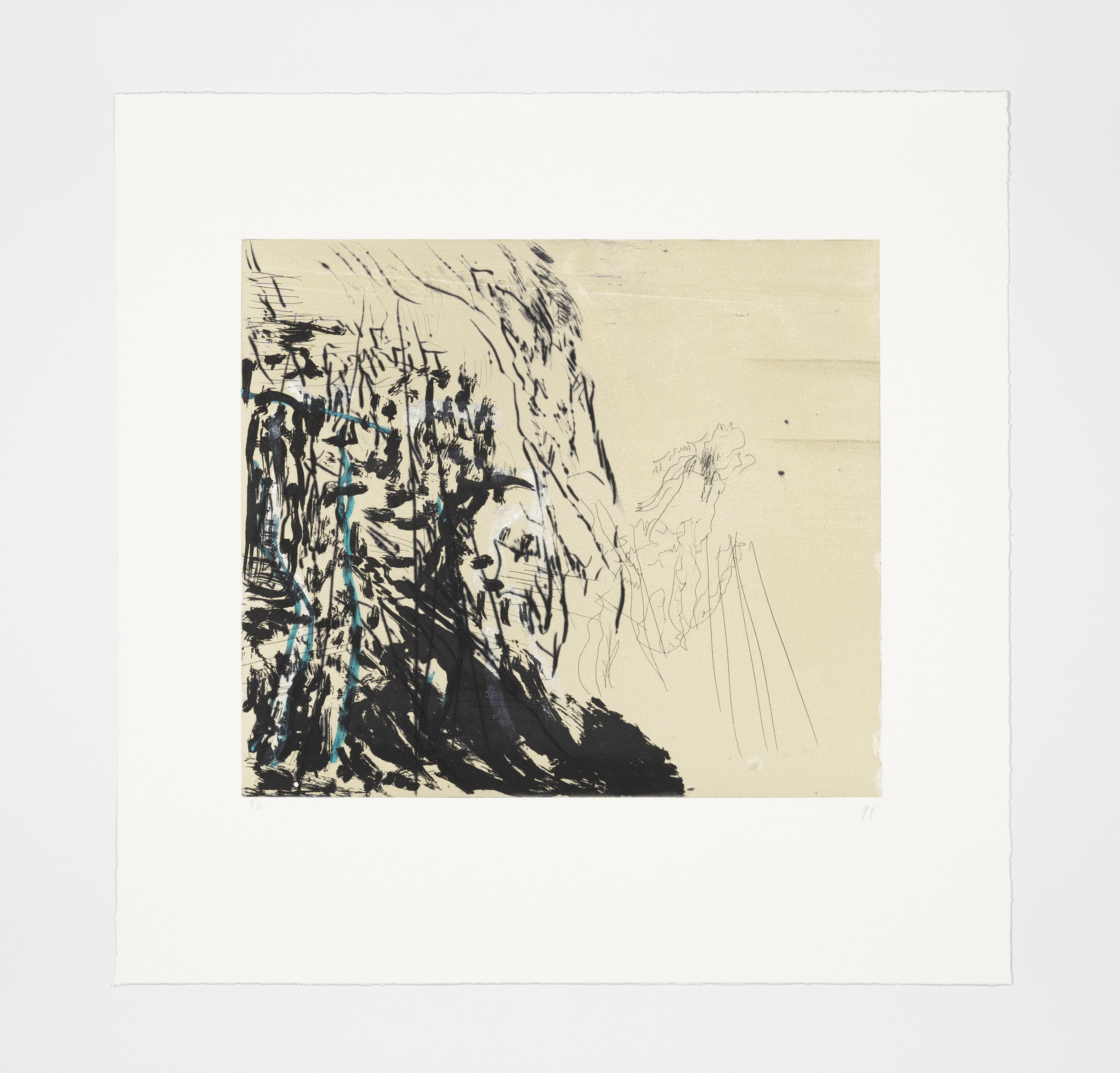 BORCH Gallery & Editions are delighted to present a series of monoprints by the late Danish artist Per Kirkeby (1938–2018).
Although Per Kirkeby announced the end of his career as a painter in 2015, his collaboration with BORCH Editions, dating back as far as 1979, continued nevertheless. In 2017, he created a series of multi-coloured monoprints in collaboration with master printer Mette Ulstrup that will be on view for the first time in Berlin.
It was in Niels Borch Jensen’s studio that Kirkeby first started experimenting with printmaking techniques and colouration and became acquainted with the production of monotypes and monoprints. Monoprints are unique, yet interrelated prints, created from printing plates. When creating his 2017 monoprints, Kirkeby initially worked on copper plates in a variety of etching techniques. After the plates were inked, he added individual marks in watercolour or crayon to complete the composition. The result is a series of dense, multi-layered prints merging Kirkeby’s signature painterly expression with decades of printmaking experience.
Printmaking was a crucial part of Per Kirkeby’s artistic practice. As Danish journalist Peter Michael Hornung put it, ‘it is wrong to assume that Kirkeby is a painter who also makes prints. He is rather a printmaking artist who also paints.’ When working on plates, Kirkeby translates the explosive surfaces and textures of his paintings into acid, copper sparks and deep scratches. Working with a scientifically educated eye—Kirkeby also held a degree in arctic geology—he developed a unique visual vocabulary between abstraction and figuration that was inspired by natural phenomena without aiming at naturalistic representation.
PER KIRKEBY was born in 1938 in Copenhagen where he also died in 2018. His works can be found in numerous renowned international collections like the Museum of Modern Art, New York; the Metropolitan Museum of Art, New York; the Royal Academy of the Arts, London; Tate Modern, London; the Musée d'Art Moderne de la Ville de Paris; the Lousiana Museum of Modern Art, Humlebæk; the Museum Moderner Kunst, Vienna; the Museum Ludwig, Cologne, and many more. Extensive solo exhibitions include venues such as Van Abbemuseum, Eindhoven; Kunsthalle Bern; Museum Ludwig, Cologne; Louisiana Museum of Modern Art, Humlebæk; Tate Modern, London; BOZAR Centre for Fine Arts, Brussels; Beaux-Arts de Paris; and Museum Jorn, Silkeborg. He participated multiple times in the Biennale di Venezia and was presented at documenta 7 and IX. Per Kirkeby worked with BORCH Gallery & Editions from 1979 until 2017. 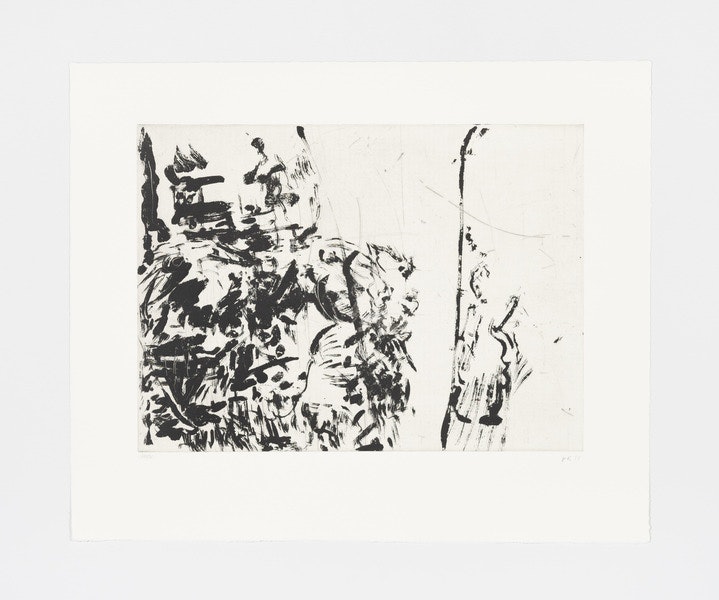